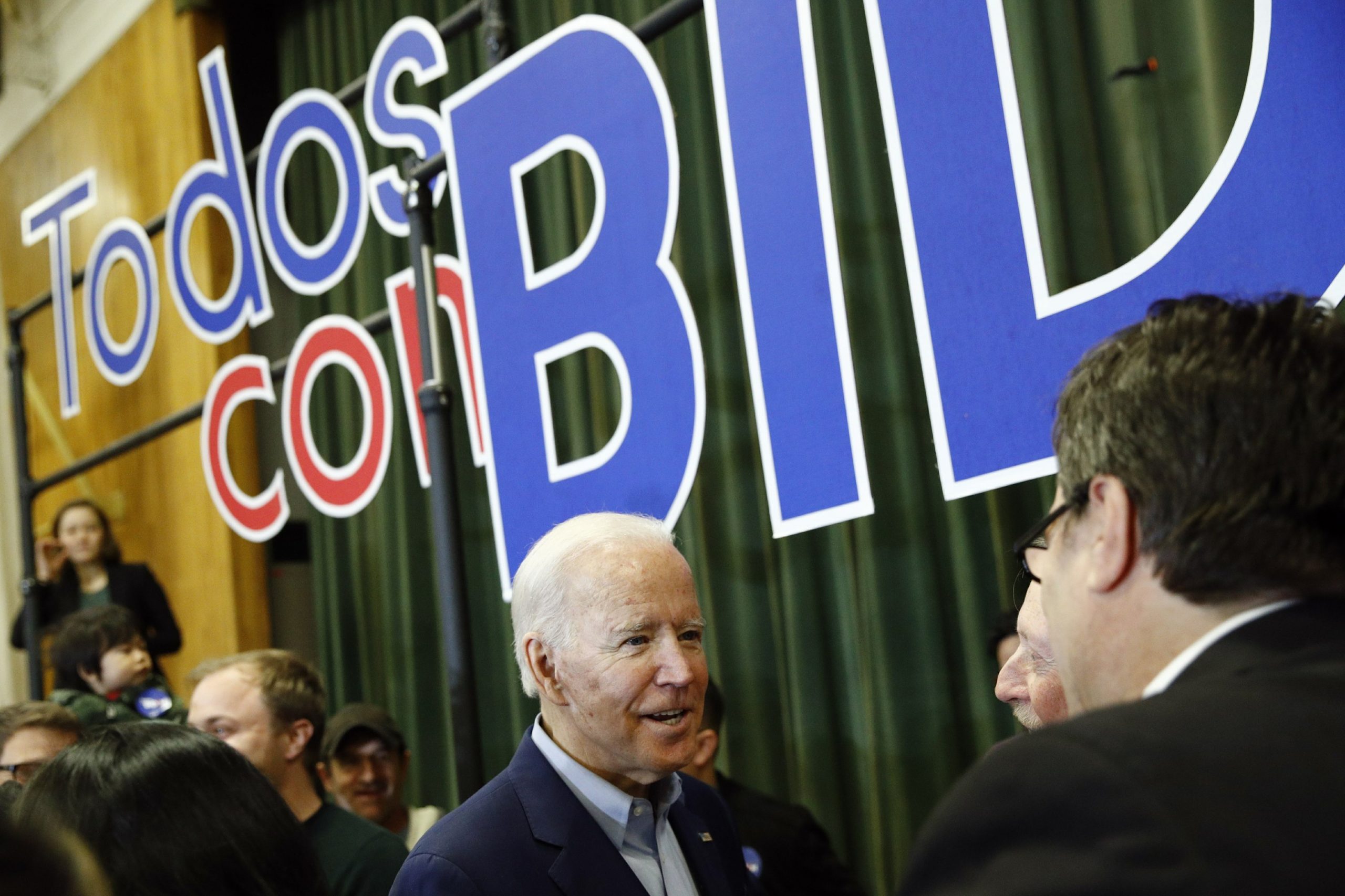 LAS VEGAS (AP) – On a stage in Las Vegas about 300 meters (1,000 feet) from the place where the worst mass shooting in modern US history occurred, Joe Biden attacked his rival at Democratic primary Bernie Sanders on Saturday for having voted in favor of exempting gun manufacturers from liability in shootings.

The former vice president of the United States devoted most of his speech at a Democratic gala in Las Vegas to harsh criticism of the National Rifle Association and weapons manufacturers, promising to demand responsibility from manufacturers if he is elected president.

“When I am president, we will face them, we will strip them of immunity and make our way to those parents who are now trying to sue them for the pain and chaos they have caused,” Biden said on stage at the Tropicana casino complex. The place is next to the area where a shooter attacked the crowd at a country music festival in 2017, an incident that only Biden referred to on Saturday.

After lamenting the “killing in the streets” and the anguish of families who lost loved ones to armed violence, Biden said that “I will not rest until they can sue gun manufacturers and ban assault weapons.”

Biden did not mention Sanders by name when he referred to the federal law of 2005 that protects gun manufacturers from legal liability in most crimes, but said that “some of the people who aspire to the presidency voted in favor of that exemption. ”

“Ladies and gentlemen, that immunity was granted. Granted. And it was a dreadful, dreadful decision, ”he said.

Biden’s speech came after a frantic Saturday campaign in Las Vegas, on the first day of early voting in the Nevada Democratic caucuses. Biden hoped that Nevada’s diverse population would keep his campaign going. His main rival in the state was Sanders, considered a favorite and has done an intense campaign in Latin neighborhoods.

After talking about armed violence, Biden went on to health, a topic in which Sanders has collided with the labor group with the most political influence in Nevada, the Culinary Union of casino workers. Again without mentioning Sanders by name, Biden reiterated a recent argument from the union that a “Medicare for all” system would eliminate the health coverage achieved by the group through its collective bargaining. Biden defended his idea of ​​adding a “public option” to the current healthcare market.

Sanders, who was the first candidate to take the stage on Saturday, led his attacks against billionaire candidate Mike Bloomberg, listing a series of offenses against the Democratic Party he accused of the former mayor of New York. Bloomberg introduced “racist measures” such as arrests and searches in New York, Sanders said, and during the Barack Obama administration he opposed the introduction of a minimum wage and raising taxes on the rich.

“The simple truth is that Mayor Bloomberg, with all his money, will not create the kind of excitement and energy we need to get the participation necessary to defeat Donald Trump,” Sanders said.

Although there is still a week left for the formal assemblies of the party, the Democrats began the first of four days of early voting at more than 80 points. Some polling stations were overwhelmed with long lines of people, according to representatives of the state party delegation.

Less than two weeks after the chaotic caucus count in Iowa, the Nevada Democratic Party canceled its plans to use an app like the one that caused problems in Iowa and has sought a new system to account for the results. Advance votes on paper ballots will be added to the votes in person at the February 22 assemblies.

Elizabeth Warren, who had a poor result last week at the New Hampshire primary, took the stage on Saturday with her voice torn after a day of campaigning in the city. Warren said he has dedicated his career to fighting the interests of the powerful in favor of ordinary Americans.

Earlier on Saturday, Minnesota Sen. Amy Klobuchar tried to introduce herself to state voters with an intervention at an African-American festival in a Las Vegas park. He celebrated the protections of the right to vote in Nevada and the Democratic legislative majority in the state, and pointed to his popularity among the crucial voters of the north-central United States.

“I want a little more from Nevada in the center of the country, where I come from,” Klobuchar said. “My plan is to build a large blue wall around those states and make Donald Trump pay for it,” he added, referring to the blue color traditionally associated with the Democratic party.