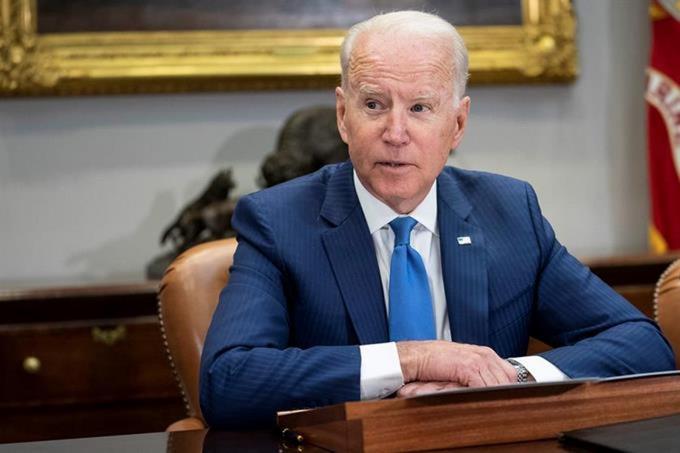 ROME (AP) – US President Joe Biden said on Saturday nuclear talks with Iran would resume, while along with three European allies warned that Tehran has “accelerated the pace of provocative nuclear measures.”

Biden and the heads of governments of France, Great Britain and Germany met to agree on the strategy by which they want Iran and the United States to once again comply with the conditions of the 2015 nuclear agreement.

Meanwhile, Iran continues to enrich uranium to little less than weapons-grade levels. Under the 2015 pact, the Islamic republic was at least a year away from reaching the potential for a nuclear weapon.

They also said they share the “grave and growing concern” that Iran “has accelerated the pace of provocative nuclear measures” after halting negotiations for a return to the nuclear deal.

As the leaders posed for the photo before their closed-door meeting, Biden was asked when he would want to resume negotiations with Iran.

“The resumption is scheduled,” he said, in what appears to be the first public confirmation by the United States of the resumption of negotiations.

Iran has yet to commit to a date to resume the nuclear talks taking place in Vienna, but has indicated that it will do so next week with the goal of late November to resume negotiations. The United States and other countries have expressed skepticism about Iran’s intentions.

US National Security Adviser Jake Sullivan said earlier in the week that at Saturday’s meeting “all (the leaders) will sign the same score on this issue.”

He called it a “study in contrast to the previous administration” since Iran was one of the areas of greatest divergence between the Trump administration and Europeans.

The UN atomic supervisor said Iran is increasingly violating the agreement, known as the Joint Comprehensive Plan of Action. Trump withdrew the United States from the 2015 nuclear deal, and the United States has indirectly engaged in talks with the intention of getting both Washington and Tehran to stick with it again. Those talks in Vienna have been on hold since June, when Iranian President Ebrahim Raise took office.