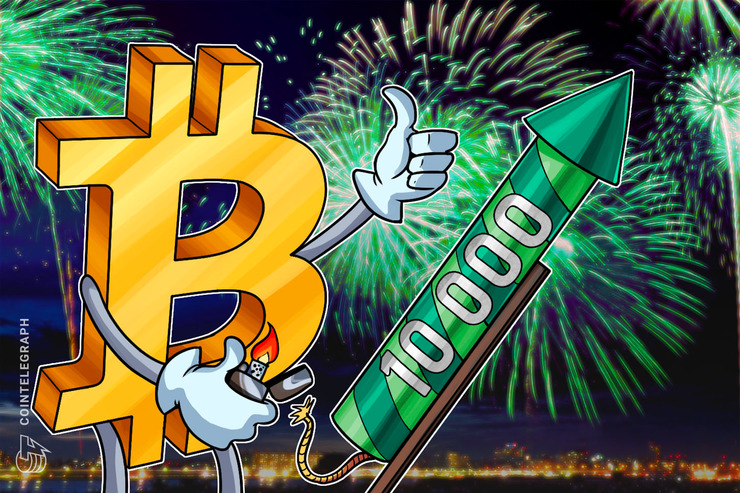 A week where the giant Telegram showed the inclement war that regulators of the United States have against Blockchain projects and the main cryptocurrencies, was the key point that fundamentally caused a decline in the purchase orders of the main crypto assets.

While the TON Blockchain project of the social media giant is under the magnifying glass of the Securities and Exchange Commission (SEC) being restricted from being released and issuing Gram tokens because they were unregistered securities, and the United States District Court for the Southern District of New York postponing the respective hearing for February of the year 2020, which questions the feasibility that Telegram can successfully launch its Blockchain for this year, has been read by crypto market investors as a negative signal for The market in general.

However, in parallel, the Nasdaq index of the New York Stock Exchange declared this week that it has listed a crypto index of the top 100 in the market to monitor its performance, supported by Artificial Intelligence (AI) technology, which It is available on Reuters, Bloomberg and TradingView.

The CIX100 index is designed by Cryptoindex.com designed in Wall Street traders to give accurate real-time monitoring and high fidelity predictions of the 100 main currencies that make up the volatile crypto market.

Likewise, the entry into the scene of derivative models by most crypto exchanges practically removes the minimum contract size and eliminates the need for brokers. Blockchain and cryptocurrencies are trying to make a difference in the way traditional assets are traded. If it is successful, it will be an upward movement for the recovery in crypto markets to continue.

The above with the announcement on Friday Friday with the departure of Poloniex from the Circle consortium to be now backed by an Asian investment group, where the figure of Justin Sun behind the business strategy is rumored; In addition to the news of the extraction of 18 million bitcoins with the 600,000 block, they placed a stop in the market after a week of negative news that was sinking the main crypto assets at the top of the top 10 most important in the market, with Bitcoin leading the way. Let's see how strong the main market reference is during this weekend.

Bitcoin, the main reference in the market at the time of writing, trades above 8k after having fallen this week to the minimum of USD 7,960 recovering to avoid falling deeper towards 6k levels as many analysts expect. The triangular pattern formed by the cryptocurrency in the XBTUSD @ 1D chart has, for now, a key support at USD 7,980 that should avoid bankruptcy to think about a recovery of the wedge asset created with the option to break at the moving average levels @ 8,323.84.

The decrease below the 10k levels that occurred at the end of last month will be possible to reverse by the cryptocurrency as long as it manages to break its resistance created in the Fibonacci levels at 23.6% (USD 9,198.29), which will be possible to think if and only it remains above the projected moving average, breaking the wedge that has halted its vertiginous decline in the last two weeks.

For now the RSI is in the sales area, indicating that much uncertainty in the market about the sanctions that may be achieved by regulatory authorities on renowned projects such as Libra and Gram, have generated the advantage in sellers and an eventual immediate rise towards better levels in market prices it seems to lack momentum.

The next two closing candles for this weekend will be crucial to know where the asset can be directed, so eventually a lower wedge break would generate a cascade fall, so it is recommended that operators keep the stops Losses activated in the USD 7,600 zone.

Bitcoin has already generated this year a double fund located at the limit of Fibonacci levels of 23.6% after its peak in the area of ​​13.8k mid-year, so the formation of a new fund will take a long time after of a bear market like the current one, so that the stronger the base is, the stronger the eventual rupture of it will be.

The views and opinions expressed here are solely those of the author and do not necessarily reflect the views of Cointelegraph.com Every investment and trade movement involves a risk, you must carry out your own research when making a decision.