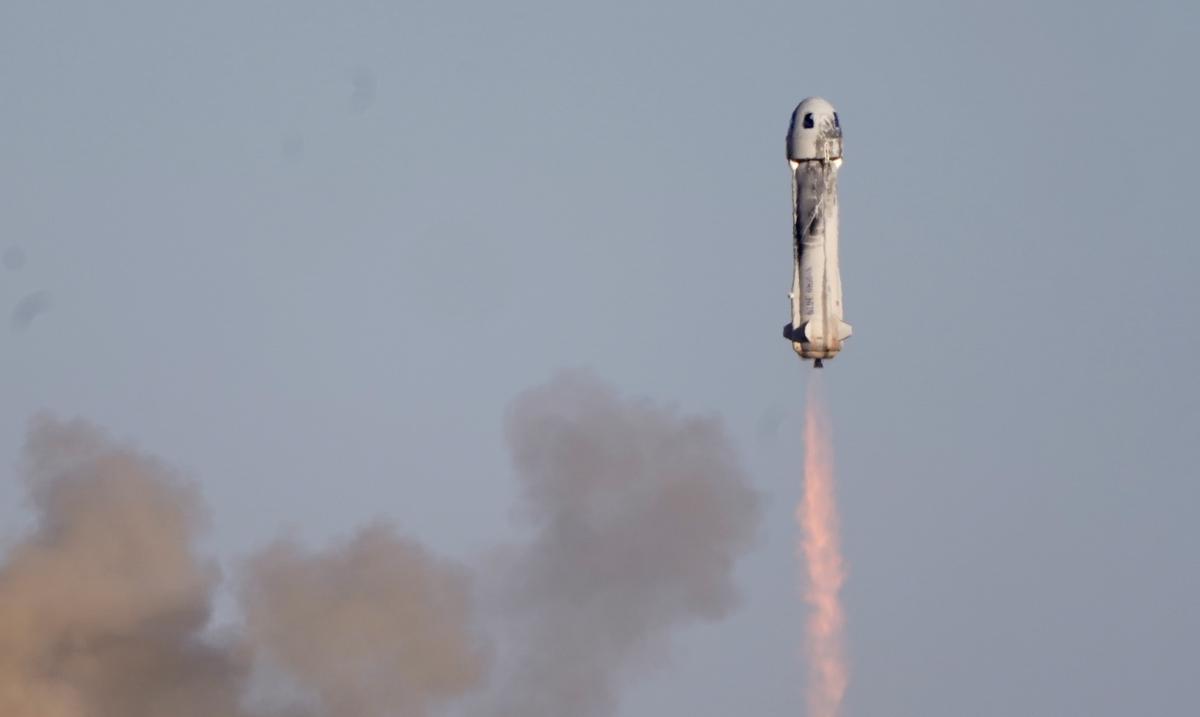 Retired football star and television host Michael Strahan flew into space on Saturday aboard the New Shepard rocket of Blue Origin, Jeff Bezos’ company, sharing the journey with the daughter of the first American astronaut.

The New Shepard was launched from Texas, sending the space capsule on a 10-minute flight with the two special guests and four paid passengers. The capsule reached a height of 66 miles, providing a few minutes of weightlessness, before parachuting into the desert. The booster rocket also made a successful return.

The flight was five minutes shorter than Alan Shepard’s on May 5, 1961. His eldest daughter, Laura Shepard Churchley, brought on board a small fragment of her Freedom 7 capsule, as well as a souvenir of her lunar crossing on the Apollo 14 and several golf balls in honor of his father, who struck some on the surface of the Moon.

Strahan wore his Super Bowl ring and the New York Giants’ 92 jersey with him. “Very surreal,” he said on Twitter on the eve of the launch, delayed two days by strong winds. Bezos placed a football in the capsule, which was delivered to the star athlete after the flight.

Bezos, who flew into space in July aboard the same capsule, accompanied the six passengers to the launch pad near Van Horn.

Shepard Churchley volunteered for the third flight with Blue Origin passengers. She chairs the board of trustees for the Astronaut Scholarship Foundation.

“It’s fun for me to say that an original Shepard will fly aboard the New Shepard,” he said in a pre-flight video.

Blue Origin dedicated Saturday’s launch to Glen de Vries, who flew into space alongside actor William Shatner in October but passed away a month later in a plane crash.