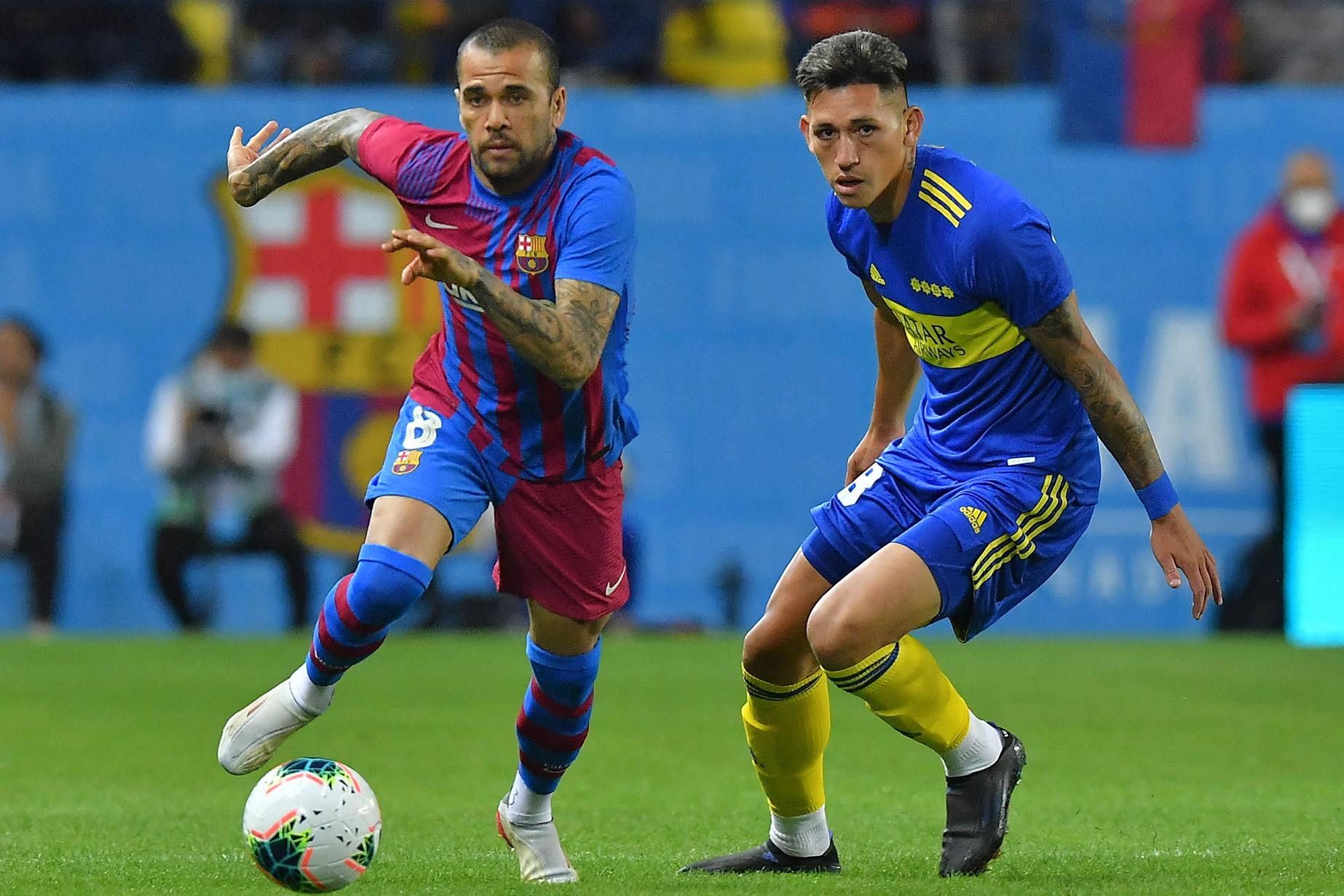 Boca Juniors defeated Barcelona on penalties and won the Diego Maradona Cup, in homage to “Pelusa”, the match ended 1-1 and the penalty shoot-out 4-2.

90 + 2 ‘Barcelona and Boca Juniors go to penalties to define the champion of the Diego Maradona Cup.

90 & # 39; Everything indicates that we will go to penalties in this Diego Maradona Cup.

82 & # 39; Good show Barcelona and Boca Juniors are giving in the Diego Maradona Cup.

76 & # 39; GOOOOOOOOOOOOOOOOOL from Boca, Zeballos scores after a great center from Fabra. 1-1 and for now we go to penalties.

75 & # 39; Boca Juniors has an isolated play, he does not want to lose the Diego Maradona Cup and seeks a tie at all costs.

72 & # 39; Heading into the near post by González in anticipation of Mingueza who is just going out.

67 ‘There were changes in Boca in the last minutes. Zambrano, Varela, González, Pavón and Salvio entered and Advíncula, Campuzano, Almendra, Villa and Vázquez withdrew.

57 & # 39; NETOOOOOO! Paradón of the goalkeeper of Barcelona to get the tie to Villa who faced him alone.

56 & # 39; Yellow, the first of the match, for Izquierdoz. The foul is hard on Riqui and the play deserved the card.

50 & # 39; A GOAL by Jutglà, the squad takes advantage of a rebound from Coutinho to get a whiplash. Be careful, the ball hits the Brazilian’s hand, but there is no VAR and the goal goes up to the scoreboard.

48 & # 39; Boca also made changes, two others in the ranks of the Argentine team. Zeballos and Molina entered and Cardona and Ramírez stayed in the changing rooms.

The tremendous show in the Maradona Cup: Great tribute to “Diego” at halftime of the match.

45 + 1 ‘THE FIRST TIME ENDS: Barcelona and Boca Juniors do not hurt each other in the Diego Maradona Cup.

44 & # 39; Boca Juniors is now on the ball, defends itself and seeks a counterattack.

41 & # 39; Error in the departure of Boca Juniors, lack of Almendra on Demir and there is a nice free kick on the front. Will Dani Alves hit him?

36 & # 39; CLOSE COUTINHO! The Brazilian received the Brazilian in the front, comes out of the dribble at the half turn and unleashes a whip that goes close to the crossbar of Rossi’s goal.

33 & # 39; Barcelona arrived, entered by Sergiño Dest’s left, he took the shot against Rossi, but his shot went one way.

29 & # 39; Barcelona was saved! Cardona’s great pass to Villa on the left, the Colombian beat Lenglet in speed, he finished off, but his shot went to one side of Neto’s frame.

24 & # 39; Cardona center that had a lot of danger and attentive Bucket to clear it at the first touch.

18 & # 39; NEAR BARCELONA! Dani Alves’ shot, which stung before reaching Rossi, but the goalkeeper resolved well and sent the ball to the corner kick.

16 & # 39; Coutinho’s shot that goes high from Rossi’s frame, Barcelona is the one that insists on the first, Boca awaits his opportunity.

13 ‘Boca Juniors warns, a ball for Villa that took out Neto, but the angle of the shot was not the best to finish off.

10 ‘Boca wants to try for the bands, but the defense of the culé team stops everything, the best of the game now is Riqui Puig.

7 & # 39; Barcelona attacks a lot for the band of Dani Alves, the Barça team has annulled the Argentine team.

5 & ​​# 39; Few combinations of Boca at the moment. Almost unprecedented the Argentine team in the opposite field.

2 ‘Dani Alves is playing on the wing as expected, Sergiño Dest is on the winger.

THE MATCH BETWEEN BARCELONA AND BOCA JUNIORS STARTS!

Barcelona will try to rebuild its image this Tuesday against Boca Juniors in the Diego Maradona Cup, which will pay tribute to “Pelusa”, who played for both clubs during his professional career.

One of the attractions is that the Brazilian defender could make his debut with the shirt: “I’m even nervous after not being able to play for so long, without being able to be here,” he said at a press conference in Riyadh.

“The moment of the most important challenge of my career has arrived, because of how the situation arose and how the club is at the moment. We will try to do our best for this shield, “said Alves, who after his tenure at Barça between 2008 and 2016, re-signed for the Catalan club last month.

“For me, playing is always special,” said Alves, 38, insisting that “I’m going to do it in the best possible way because I’ve waited so long to put on the Barça shirt again that right now I’m in the clouds” .

The Brazilian player acknowledged that the club is not going through its best moment, but appealed to remember the history of the club to resurface.

Sergio “Kun” Agüero, a Barcelona player, will announce his retirement from football due to heart problems

“We know the problems at home, we know everything that is happening at Barça, we know that there is a problem but we cannot cling to that but rather to a solution, which must be sought as soon as possible,” he said.

“You have to make people understand where they are, the story of who they play for,” added Alves, stating that “we have to recover the victories because that’s what we live from, trying to change the streak.”

“Football is streaks, good and bad, this lasts a little longer, but football is very changeable,” he said.

The history between Boca and Barcelona
They faced each other 10 times: