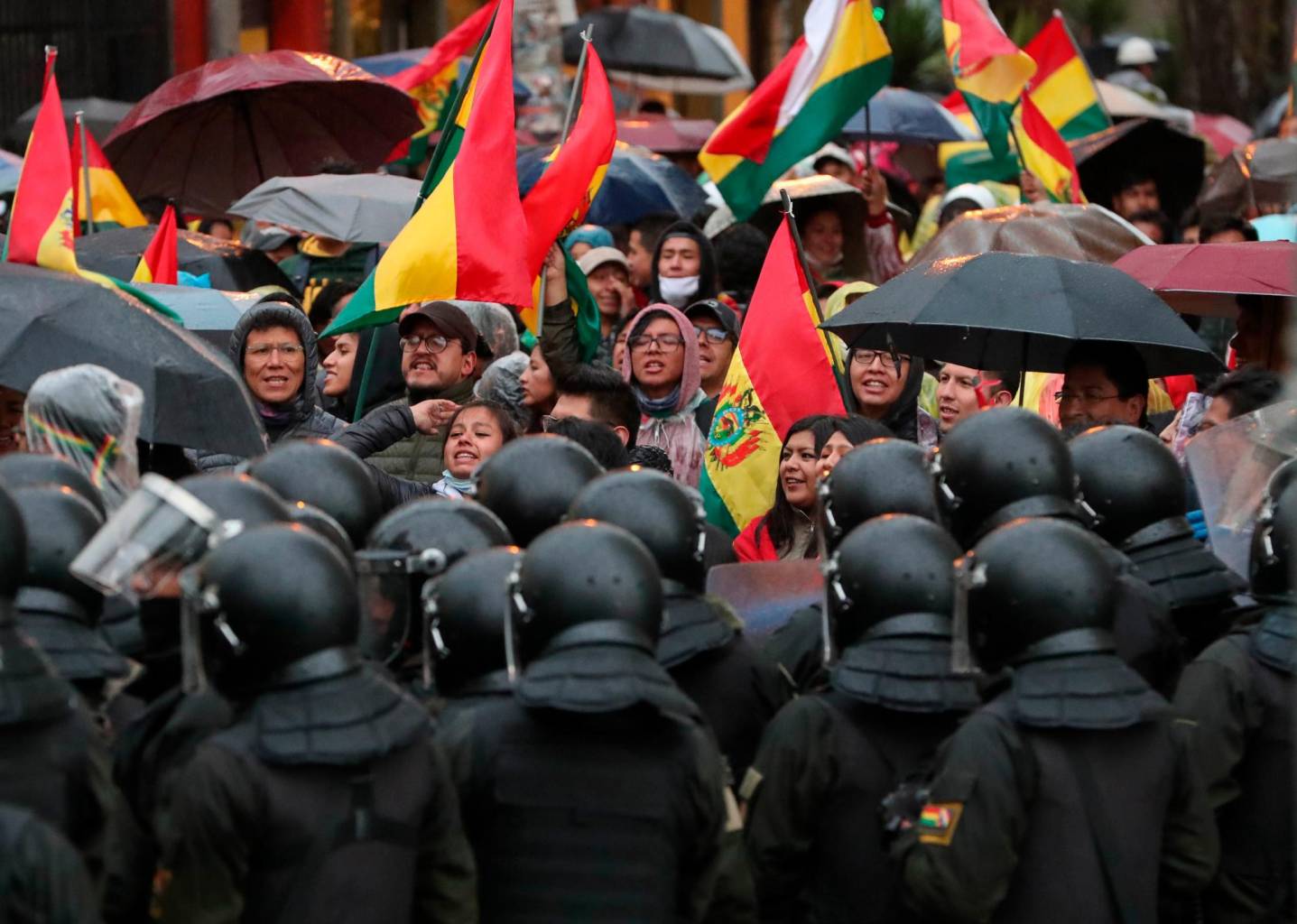 Bolivia on Friday experienced a day of stoppages to denounce an electoral fraud in favor of President Evo Morales, who challenged the opposition and the international community to prove it 'vote by vote'.

The strikes took place in the main cities of Bolivia, such as La Paz, seat of Government and the Bolivian Parliament; Sucre, capital of the country; and Santa Cruz, the largest city and its financial capital.

The main avenues and access roads in the cities were cut, leaving an unusual image of half-empty streets on a business day, with no evidence of relevant incidents until nightfall.

The opposition and civic movements have called for civil resistance until a second round is accepted between Evo Morales and the opponent Carlos Mesa.

The electoral body published the results one hundred percent, which confirm Evo Morales as winner by the Movement to Socialism (MAS) with 47.08% of the votes, compared to 36.51 of former President Mesa (2003-2005), of the Citizen Community alliance.

This difference of 10.57% is enough for Morales to win in the first round, although with only a 0.57 margin, the smallest difference after winning in three previous elections since 2005 with baggy majorities of up to about 64 by hundred.

The electoral law requires 50% of the votes plus one or 40 with 10 points of advantage over the second to win in the first round, but when these percentages are not achieved, it goes to the second round between the two most voted.

The president of the electoral body, María Eugenia Choque, appeared before the media for the first time since Wednesday, to ensure that they are open to the audit demanded by organizations such as the United Nations, the Organization of American States and the European Union.

Morales in an act in the central region of Cochabamba, challenged these organizations, and countries that like Argentina, Brazil, Colombia and the United States doubt the elections of last Sunday, to demonstrate the fraud 'vote by vote'.

'Here is a winner in the first round,' he defended before his followers, whom he warned that opponents 'look for dead to blame us' with the mobilizations that have happened since last Monday.

Mesa was added to the blockades in the streets of La Paz to harangue his people: 'We do not move, we will go to the second electoral round.'

"We are going to work side by side in these demonstrations, in these blockades and in these stoppages," he said.

The protests happen since Monday the electoral body issued a provisional scrutiny that radically changed the forecast of votes in favor of Morales, without the option of a second round.

The opposition has shown a series of documentary evidence of manipulation of voting minutes, which the Government is quickly responsible for refusing.

At least 87 people were arrested and 29 were injured in the riots so far this week, according to official data.

In cities like Santa Cruz, with more than one and a half million inhabitants, long queues were seen in supermarkets to stock up in fear of a shortage, which the authorities deny.

The football league is paralyzed and numerous cultural and leisure activities are canceled, such as several concerts in La Paz for the weekend.

Embassies such as Spain have warned their nationals to avoid being immersed in the incidents.

Tonight they are called caceroladas to make the request for a second electoral round sound.