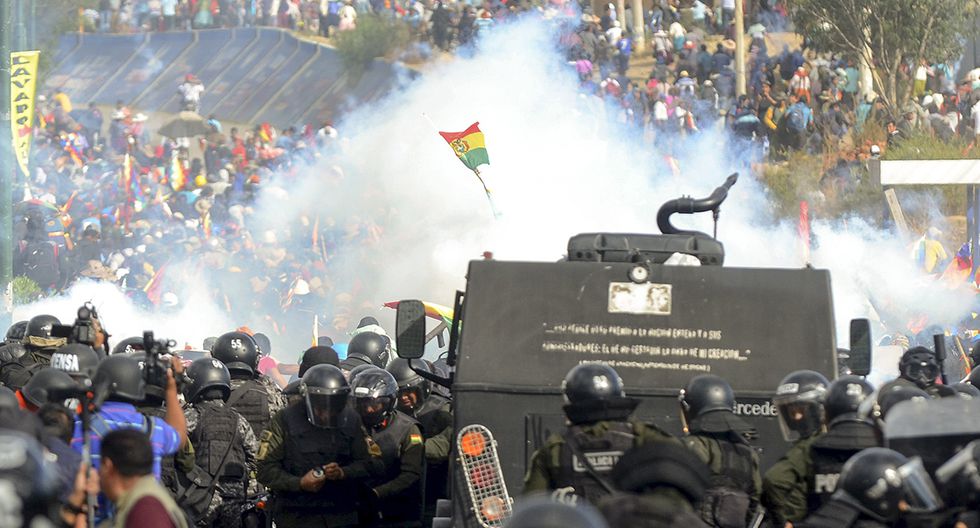 Strong rations to the sale of fuels began to be applied Tuesday in the Bolivian cities of La Paz and neighboring El Alto, after clashes between civilians and joint forces to clear access to a refinery, which left three dead and 30 wounded.

The state entity also banned the sale of fuel in drums and other containers, in addition to restricting the sale of liquefied petroleum gas (LPG), a fuel commonly used in Bolivia for cooking, to one canister per family.

Bolivia's gas stations have a computerized system to control the sale of fuels, to avoid tax fraud and to fight smuggling, among other purposes.

The rationing notice came after a serious incident occurred in an El Alto refinery, with at least three killed by firearm shells and thirty wounded by dispersing military and police to demonstrators related to Evo Morales.

An operation of security forces was deployed from the early hours of this day in a refinery of the state-owned company Petroleum Fiscal Yields Bolivianos (YPFB), to escort tank trucks bound for La Paz.

The Ombudsman of Bolivia demanded the demobilization of the Armed Forces "in order to avoid more deaths", understanding that the situation in the country "would require only police intervention for deterrent and dialogue purposes".

The military and police have carried out joint operations since November 11 in the country, where since the elections on October 20 at least 27 people have died and more than 700 have been injured, according to official data.

On November 10, Evo Morales announced his resignation after almost fourteen years in power, forced by the Armed Forces, and the next day he left for Mexico, where he is isolated.

The protests began the day after the elections between allegations of fraud in favor of Morales, who was proclaimed winner for a fourth consecutive term.

Hours before Morales's resignation, a report by the Organization of American States warned of "serious irregularities" in the elections.

Morales's resignation is described as a "coup d'etat" by several Latin American governments and politicians.

Other countries have recognized the interim Executive of Jeanine Áñez, while part of the international community has urged dialogue without commenting on the political crisis.