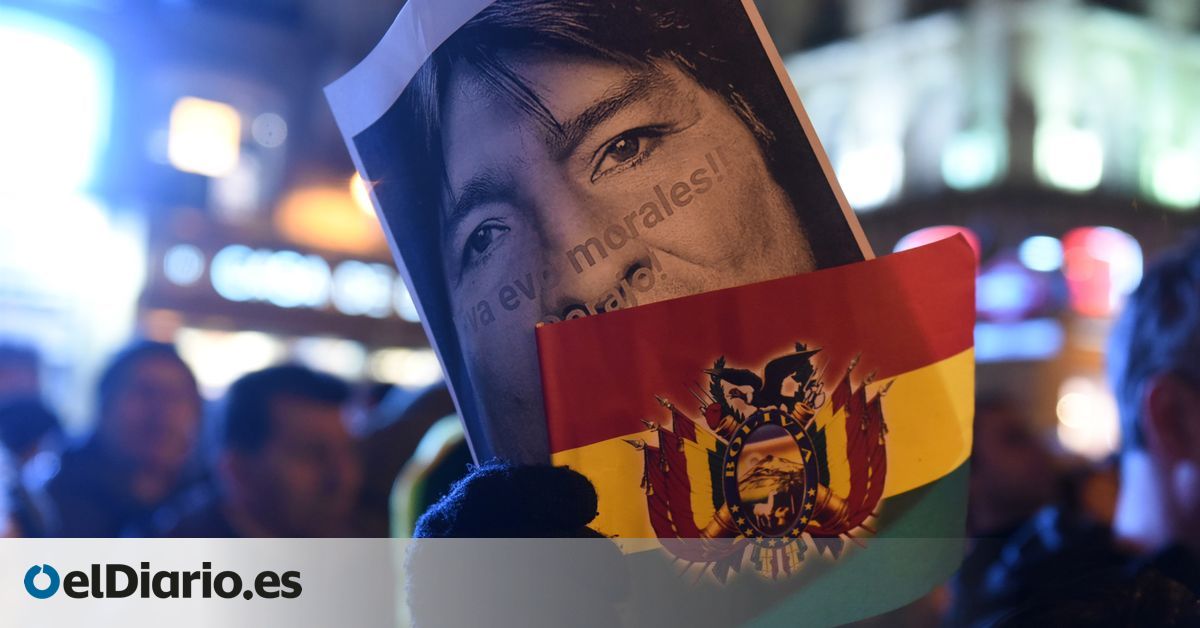 It was not easy to set a date, but finally Bolivia will hold general elections this Sunday to elect the president, vice president, deputies and senators for the next five years. It does so in the midst of a serious political, economic and social crisis, exacerbated by the coronavirus. The pandemic, which has left more than 8,400 deaths and more than 139,000 infections in a country of 11 million inhabitants, it forced the elections to be postponed twice. However, many of the problems that the Andean nation accumulates are prior to the outbreak of COVID-19.

Among the seven candidates who stand in the elections, in which 7.3 million people are called to vote, there are two favorites: former minister Luis Arce, of the leftist Movimiento Al Socialismo (MAS), the party of Evo Morales, and former president Carlos Mesa, of the right-wing Community Citizen (CC) alliance.

Although the latest polls gave Arce more support, they point to a second round, since neither of the two candidates would achieve more than 50% of the votes necessary to govern nor would they reach 40% with an advantage of ten percentage points over the second most voted.

The new government will face a complex scenario and its first challenge will be precisely to ensure that this electoral appointment is respected, that is, that the political forces comply with the results. Another challenge for the incoming Executive will be to generate agreements with the opposition because the country’s own emergencies demand it: an economy in recession, unemployment that is around 12% and informal employment that reaches 70%.

“It is a crisis of multifactorial origin. The country is not only politically polarized, but there are also social fractures and the pandemic has severely hit our economy, our sociability and education and that only adds uncertainty, ”explains María Teresa Zegada, professor at the Universidad Mayor de San Simón from Bolivia and member of the Network of Politologists ‘#NoSinMujeres’.

The country, says Zegada, is not prepared to fight a second wave of the coronavirus pandemic: “That is why the political forces should find a space for negotiation and agreement to face the emergencies that will come in the coming months.”

The difficult situation that the country is going through dates back almost a year ago, to the elections of October 20, 2019, when then-President Evo Morales was proclaimed the winner in the first round amid protests for an alleged fraud to benefit the president. The fuse was lit when, in the middle of the electoral night, the Supreme Electoral Tribunal abruptly interrupted the provisional counting of votes, which although it gave the president the winner, pointed to a second round, something unprecedented since the country returned to democracy in 1982 .

The protests and violent clashes were not long in coming and spread for several weeks through the main cities of the country, leaving several dead and hundreds injured. Days later, the official count data confirmed the tight margin (minus one point) with which Morales avoided a second round in which the opposition formations could unite and join forces. In an attempt to quell the protests, amid positions from the international community, the Bolivian government asked the Organization of American States (OAS) to audit the results.

On November 10, when the OAS concluded in a preliminary report that there were “irregularities” in those elections and he recommended repeating them, although its findings have been questioned by various experts. Morales announced a repeat election, but was forced to resign only hours later after a coup. “We suggest that the President of the State renounce his presidential mandate, allowing for the pacification and maintenance of stability,” the Armed Forces said in a statement.

The Morales government lasted almost 14 years and had once again run for reelection with the endorsement of the Constitutional Court, in a widely criticized decision.

Morales, who marked a turning point in the history of Bolivia by being the first indigenous president to displace political elites in addition to being the architect of great changes, fled his country to exile first in Mexico and then in Argentina, where he remains in refugee status since December.

The ex-president, who supports Arce as future president, said this week that from now on they will focus on the formation of new leaderships for his party. “I am going to dedicate myself to sharing the experience of our struggles to train new leaders,” he said in a video shared on social networks, while expressing his commitment to help reconciliation to overcome the serious crisis that the country is going through and ” thus return to political stability, economic growth and social development, “added Morales, who tried to run for the Senate in these elections, but the courts have overthrown his candidacy.

These are the first elections in 18 years in which his name does not appear on the ballot. In addition, in Bolivia affected by the pandemic, people will have to vote in two shifts, one in the morning and the other in the afternoon, depending on how each voter’s identity document ends.

When Morales left the country, there was a power vacuum that ended with opposition senator Jeanine Áñez, a conservative and ultra-Catholic lawyer, proclaiming herself president. Despite having assured that her government would be transitory, in January, she ran as a candidate for the general elections, the date of which has been postponed due to the pandemic.

Running as a presidential candidate only added more difficulties to her Executive, highly questioned by her management of the COVID-19 crisis and by corruption scandals. His low popularity and the pressure received to unify the opponents of the MAS into a single candidate led him to withdraw from the electoral race in September.

“What now corresponds to Áñez is to guarantee that there are conditions so that this election has the best terms,” ​​says Zegada. The second interim president in the history of Bolivia will end her mandate on January 20 with the transmission of command to the new president who is elected this Sunday in case there is no second round, and having run as a candidate for the presidency, she will not be able to be a senator and will have to retire from national politics.

Áñez, however, could be a candidate in the Amazon department of Beni (northeast), her region, since in 2021 subnational elections will be held in the nine departments that make up the country to elect both governors and mayors. “A space that could occupy is that, but at the national level it has to temporarily withdraw from politics,” adds the political scientist to this medium.

The two political parties with the best chance of winning in 2019, MAS and CC, are the same ones that will try again this Sunday, but conditions have changed. “Now there are new electoral authorities, more international observers and a certain commitment from the relevant actors in the electoral process to accept the results,” says sociologist Fernando Mayorga, doctor in political science and also a professor at the Universidad Mayor de San Simón.

Regarding the latest polls that predict a second round in Bolivia, Mayorga believes that the MAS could even win this Sunday, since there is a percentage of rural voting that is not being contemplated in those polls, which mainly focus on urban centers. Likewise, he recalls that the foreign vote, concentrated mainly in Argentina and Brazil, has mostly supported the MAS on other occasions, “so Arce’s victory in the first round cannot be ruled out.”

In his opinion, the strength of the MAS is that it is a party with a popular and indigenous identity that maintains its electoral social base despite not having the figure of Evo Morales. “The defeat of MAS as a government party last year was at that level of leaders and authorities, but the party’s organizational structure has not weakened. Regardless of who its candidate is, it is still the leading political force in Bolivia, while the opposition is divided, ”says the political scientist.

Evo Morales’ successor is former Minister of Economy Luis Arce, who has broad support. It is presented as the person responsible for the economic success of the previous government for 12 years – also driven by the prices of raw materials – and its main asset is to recover stability, both economically and politically. However, his weak point is that he is considered “Evo’s candidate” and in that sense he lacks his own stamp.

Carlos Mesa, the candidate of the CC alliance, stands out for having assumed the presidency of the country in 2003, when the government of Gonzalo Sánchez de Lozada fell after ordering a brutal repression in popular protests that occurred in the city of El Alto against a project of export gas to the United States. In the well-known “October Massacre” there were more than 60 deaths.

“Mesa had the ability to mitigate polarization and direct this political crisis towards a situation of peace,” says Mayorga. But in 2005, Mesa, after placing his post at the disposal of Congress up to three times, resigned from the presidency amid protests that demanded the nationalization of hydrocarbons, one of the main engines of the Bolivian economy. “The impossibility of resolving these types of situations is a sign of weakness in the face of possible conflicts that may arise in the current situation,” says the university professor.

Mesa has an alliance that was articulated to support his candidacy, but “it does not have a structure that will sustain him in a government administration and that generates uncertainty,” says the sociologist Zegada, who stands out as the main strength of the politician the centrist struggle that he undertook a year ago to “return to institutionalism.” 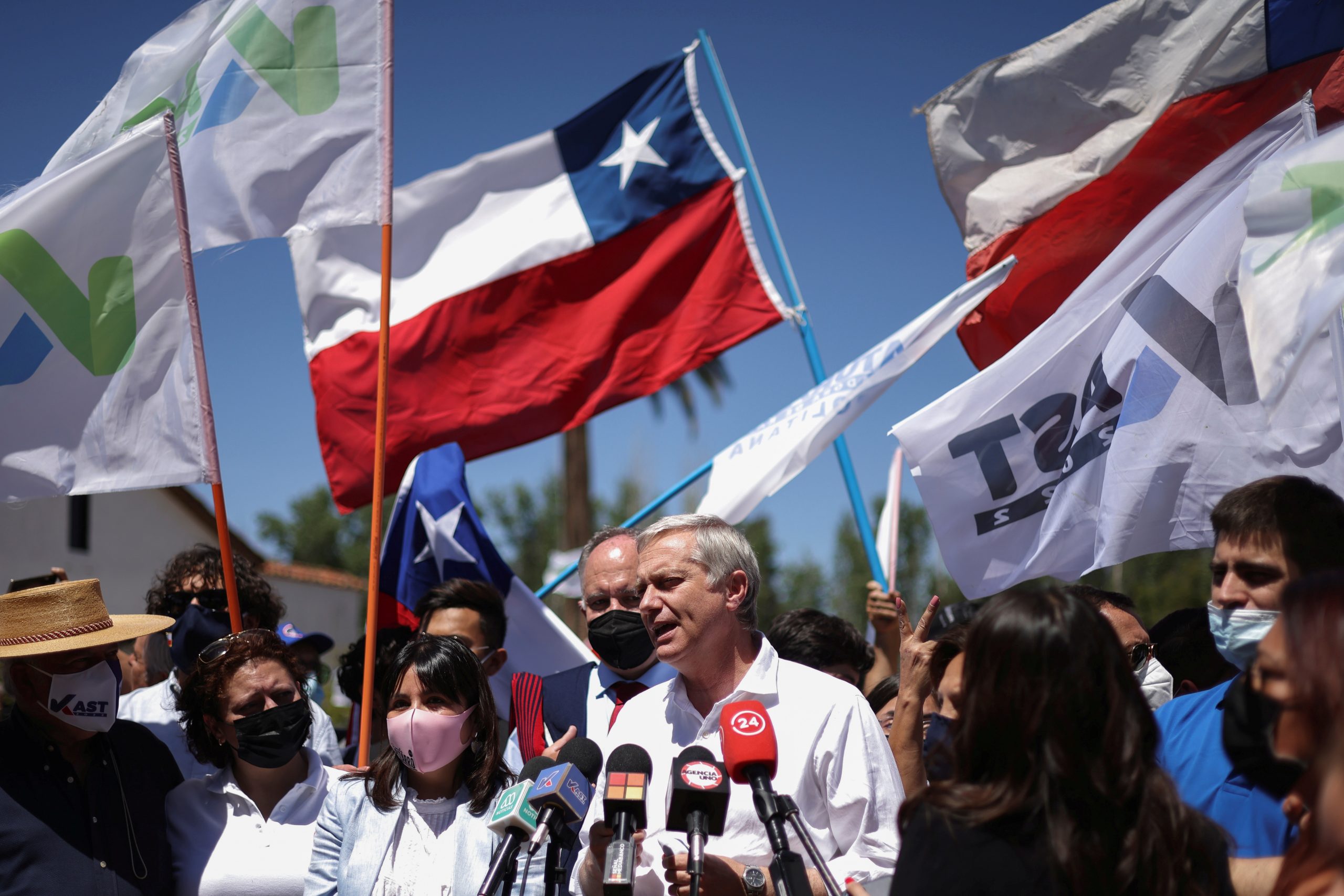 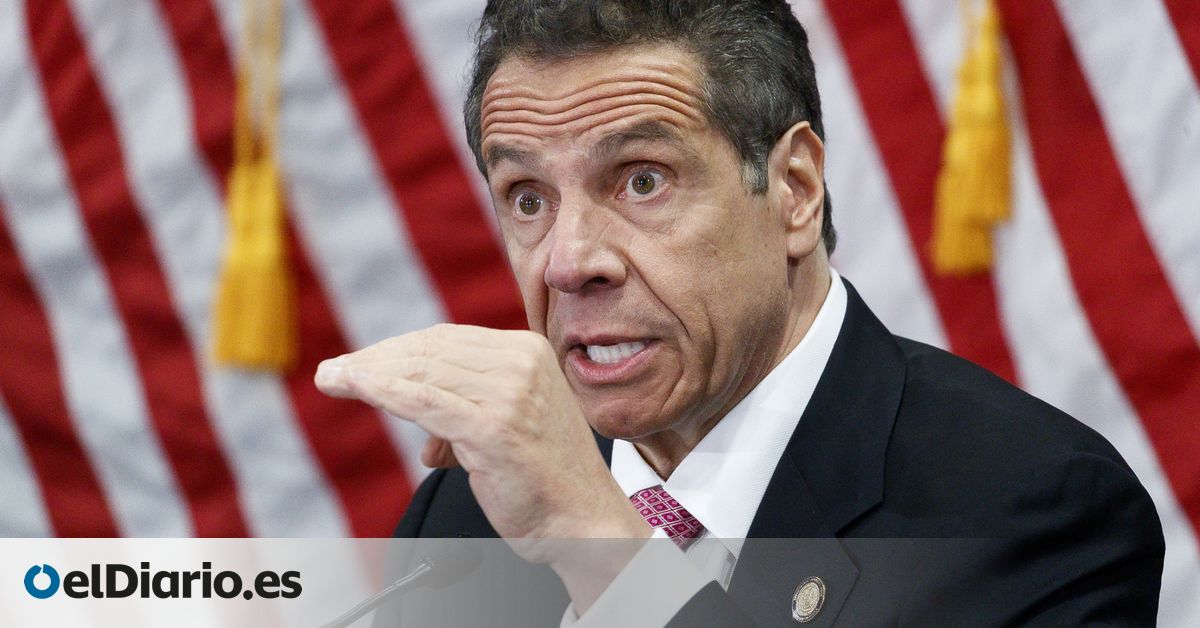 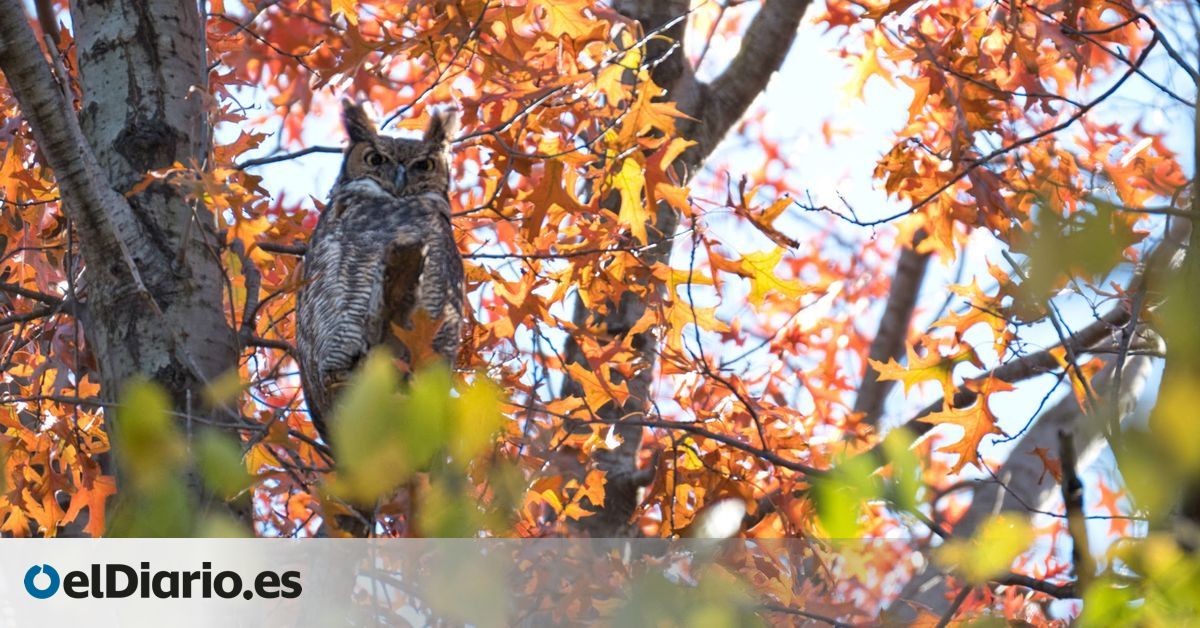