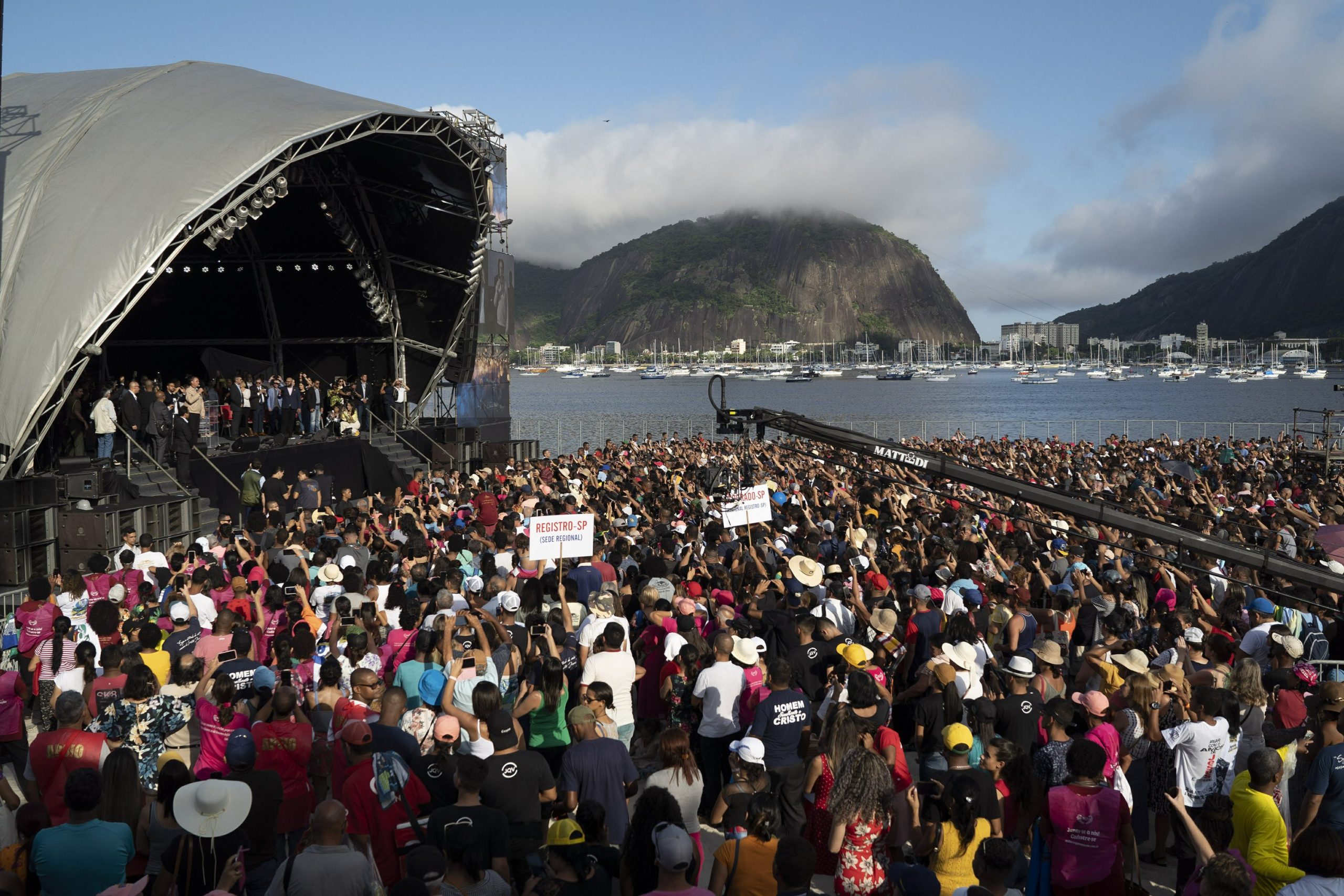 RIO DE JANEIRO (AP) – The Brazilian government works to restore morale in the largest nation in Latin America, President Jair Bolsonaro said to tens of thousands of evangelicals on a beach in Rio de Janeiro on Saturday, just at the beginning of the pre-carnival festivities.

Brazil “is changing because it has a government that respects the family, owes loyalty to its people and believes in God,” Bolsonaro said in his speech to the crowd that acclaimed him in an area near the Pan de Azúcar hill. “I am a Christian and I believe that Brazil can reach its place of prominence well deserved on the world stage.”

Bolsonaro delivered his message days after a restructuring of his cabinet in which he appointed a general as his new Chief of Staff to increase the number of military members in his government, which in 2019 had the influence of the “ideological wing” of the cultural conservatives

The act of Bolsonaro in Rio de Janeiro, on the occasion of the 40th anniversary of the International Church of the Grace of God, contrasted with the pre-carnival festivities that entered fully this weekend, with revelers in colorful costumes drinking and dancing at parties Street in various parts of the city. Most street vendors in the bay area near the church did not sell beer.

Many church faithful traveled by bus from neighboring states to attend the event and then returned to their places of origin. The church was founded by the evangelical R.R. Soares, who is also the host of a popular television show called “The Show of Faith.”

“Who voted for our president? Raise your hands and repeat with me, ”Soares told the crowd that responded delightedly. “Jesus! … bless! … to us! … president!”

Hours earlier on Saturday, to the questions of reporters in the capital, Brasilia, Bolsonaro responded with an offensive hand signal.