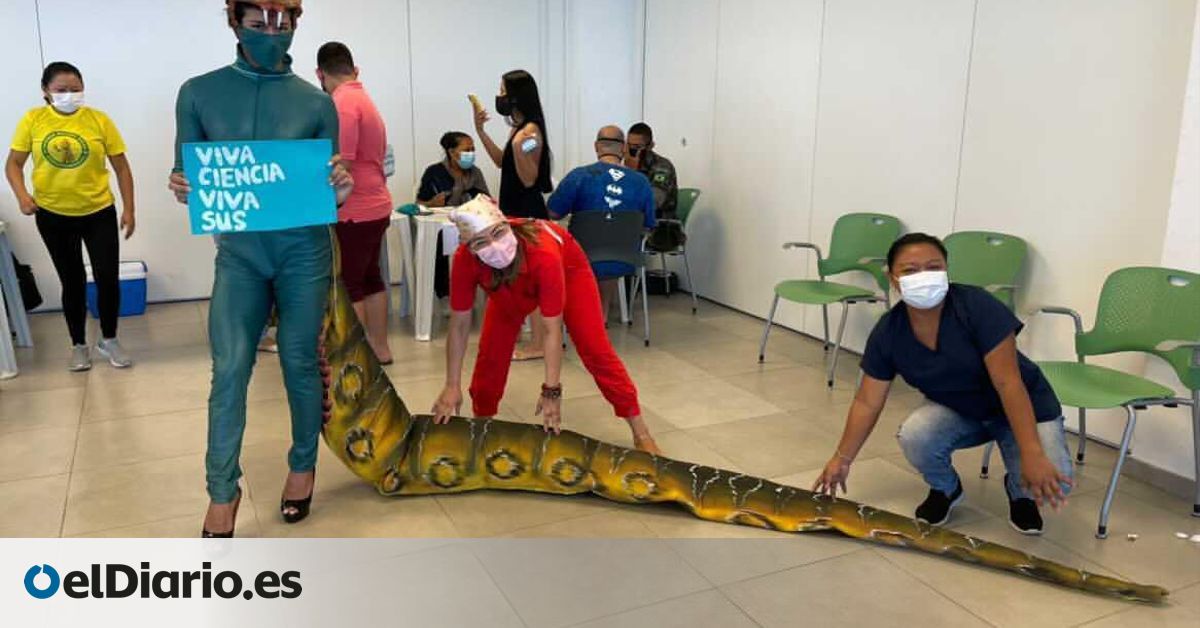 Disguised as a snake, with a long tail and stilettos. This is how Klinger Rodrigues attended his vaccination appointment on July 17 in the Brazilian city where he resides, Manaus, in the Amazon.

But this time, the staging and outfit chosen by the 27-year-old, who has tens of thousands of followers on social media, was not a simple strategy for creating content. It was a form of protest against the president of Brazil, Jair Bolsonaro, whose leadership during the pandemic has been marked by his constant denial and for having questioned the efficacy of vaccines in a country where the virus has claimed more than half a million of lives.

Last year, the far-right leader sarcastically claimed that Pfizer’s injection could turn recipients into alligators. His words – “if you become an alligator, it’s your problem” – pushed Rodrigues, a geographer and ecologist, to disguise himself as branch (name of the Amazon boa) to get his first dose, in the form of satire towards the president, as he explains to elDiario.es.

The young Brazilian, who lost his 37-year-old brother-in-law during the region’s hospital collapse earlier this year, sends a clear message through his networks in favor of vaccination.

“If today I am vaccinated, it has been for my brother-in-law and [el actor y humorista brasileño] Paulo Gustavo, my idol. They did not have that opportunity, “says Rodrigues.” Vaccination is the hope that better days will come. “

During the recording, Rodrigues carries a poster that says “Long live science, long live the public health system, out of Bolsonaro.” With the video, which already accumulates more than six million views, sought to convey to the entire Brazilian population, greatly affected by the effects of COVID-19, the message of the importance of getting vaccinated.

“The intention was to raise awareness among the population to get vaccinated and let them know that only with the vaccine can we get out of this troubled moment in the world. Being a video of activism and awareness, I am sure that many saw it and were able to reflect, “explains the young man.

Rodrigues has not been the only one. Other Brazilian citizens have also come to receive the vaccine disguised as reptiles.

“My costume was a way of expressing my horror,” says Leila Fernandes, a 60-year-old educator who dressed as a crocodile as a sign of rejection against Bolsonaro’s management, as collected

The Guardian. “I lost my mother-in-law, my niece’s husband, and several close friends. It’s hard for you to find a family that hasn’t lost a loved one.”

Rodrigues, also belongs to Rally Ambiental de Parintins, an organization that develops projects to preserve the environment, decided to transform itself into a snake because it is a traditionally Amazonian animal, among other reasons.

“We have elected a totally unprepared president, who has no preparation to face the situation the country is going through: health, economic crisis, etc.”, says Rodrigues.

In his opinion, a large part of the population is aware of the magnitude of the problem and the importance of getting vaccinated, but “living in a country full of crisis, many people do not have their own opinions and are carried away by false news” .

With almost 20 million infections since the beginning of the crisis, Brazil has been one of the countries hardest hit by the pandemic. Cases are on the rise again, but the death toll already appears to reflect the vaccination campaign’s progress after a slow and late start. So far, the country has administered 138 million doses, or what is the same, 64.9 doses per 100 inhabitants. 48% already have a dose, but only 19% have received the complete vaccine, according to data from Our world in data.

Rodrigues is very critical of the Brazilian vaccination plan. “We should have vaccinated practically the entire country, but due to government corruption, it has not been immunized soon. We have had many irreparable losses, all due to the lack of preparation and the irresponsibility of the president’s administration, “says the young man, who asks the leaders for” awareness and responsibility with the population. “

Bolsonaro and several members of his government are under the scrutiny of a Senate commission for possible failures, omissions and suspicions of corruption in the fight against the virus. The inquiries have revealed a series of irregularities in the purchase of vaccines, a “deliberate” strategy for herd immunity and the Government’s commitment to ineffective drugs against COVID-19, EFE collects.

This Saturday, thousands of people took to the streets again to demand the removal of the president for his management of the pandemic, the fourth protest in less than two months. 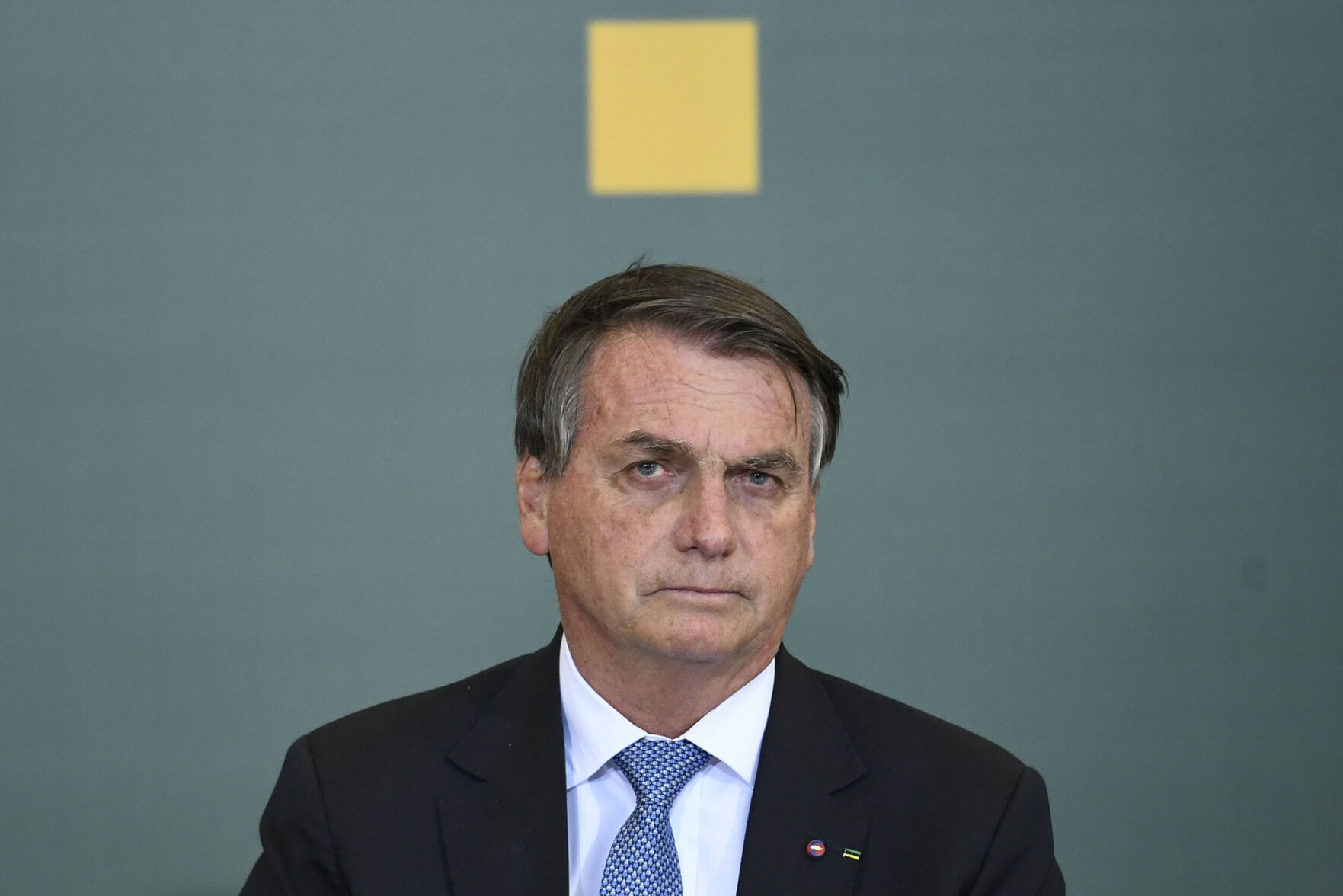 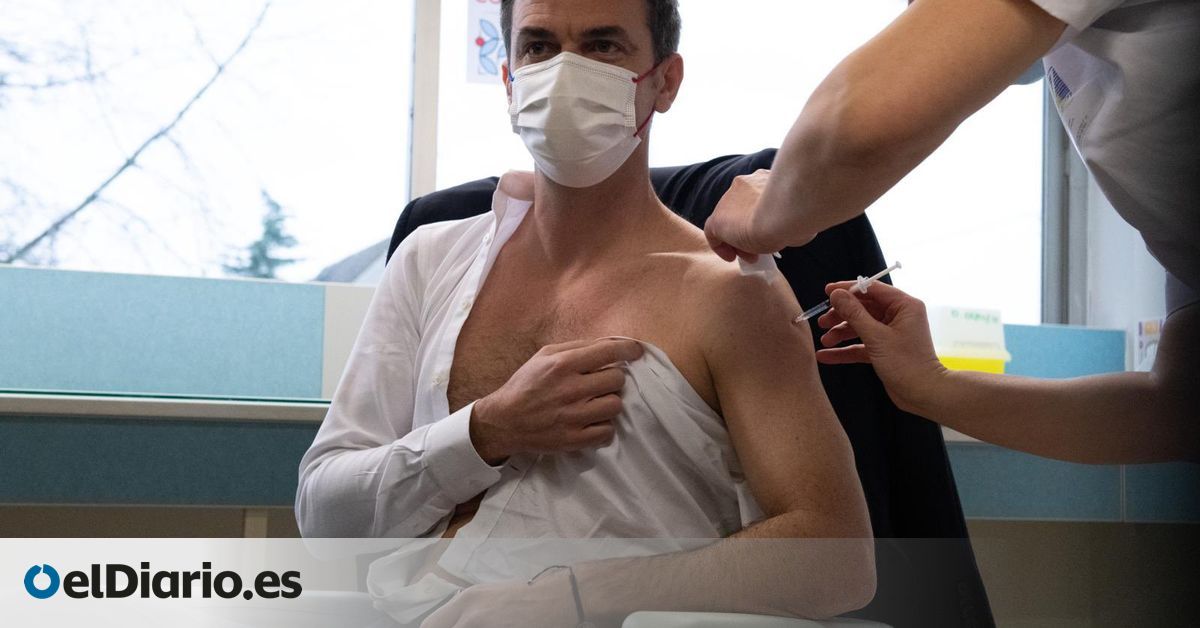 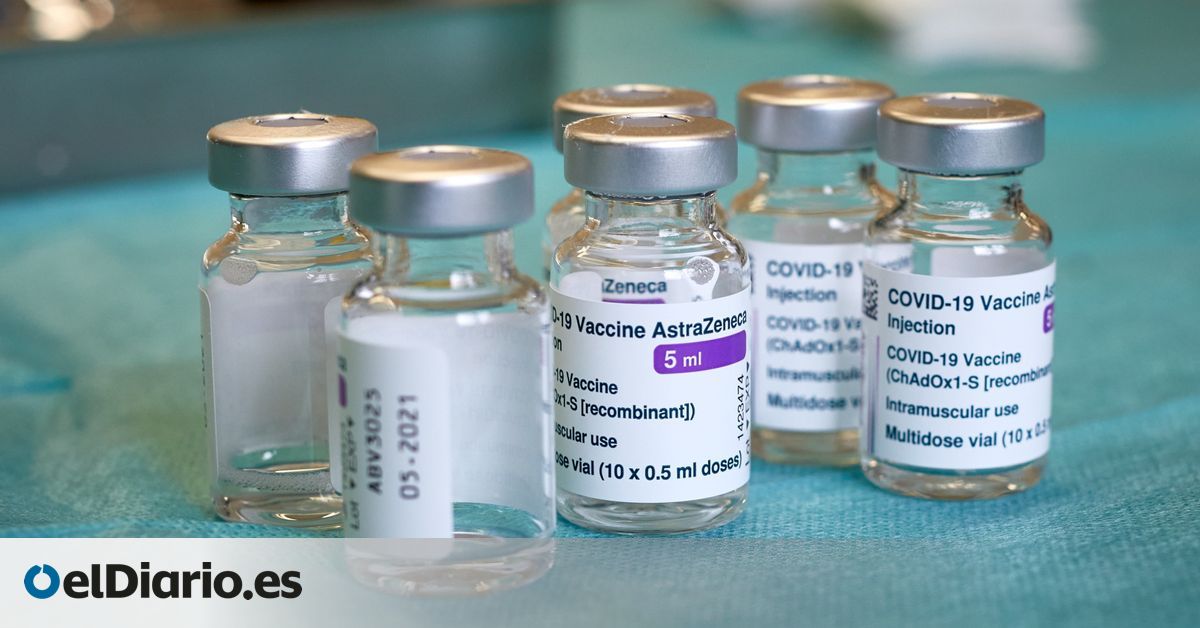