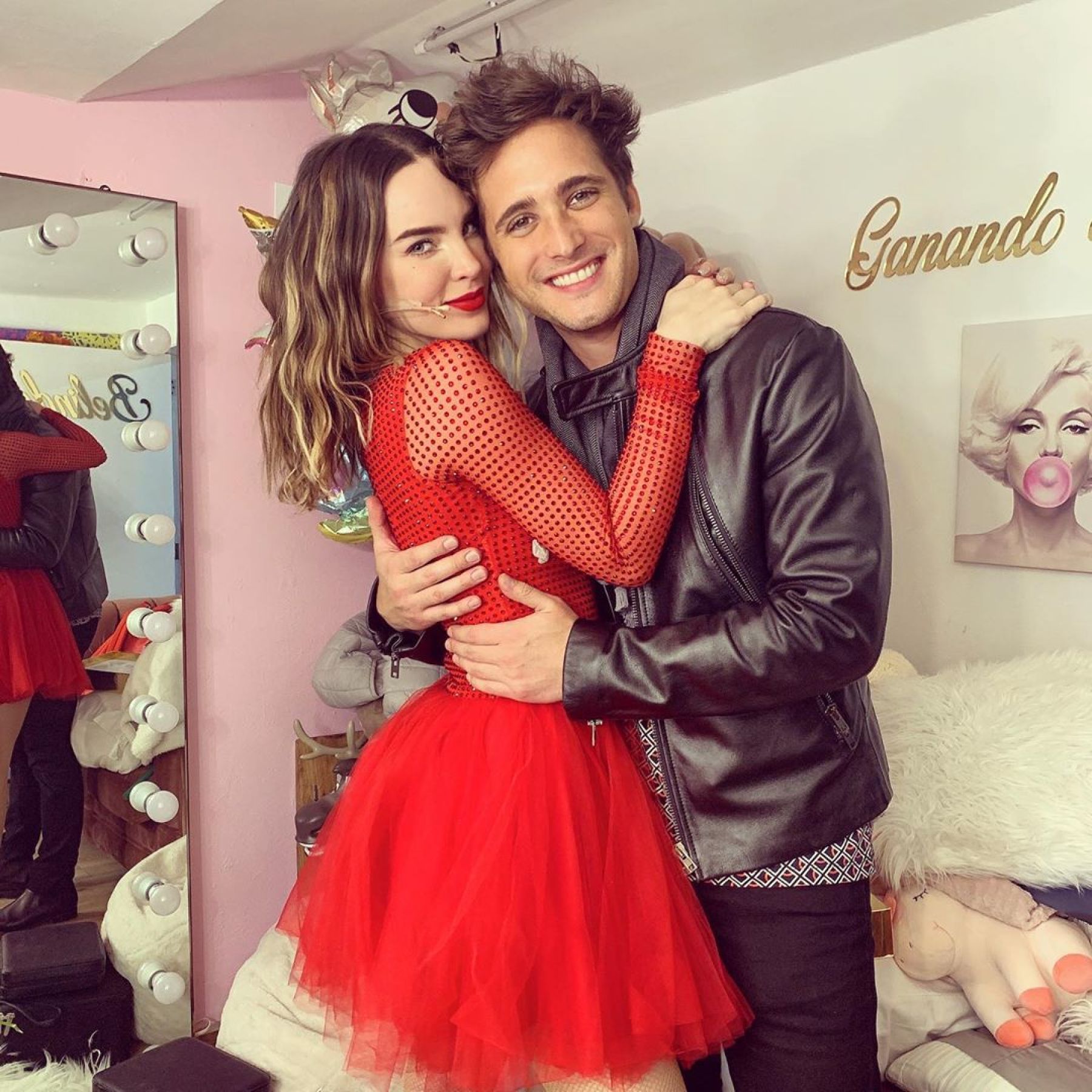 The actor flatly denied that he has any link beyond friendship with the protagonist of “Today I can’t get up.”

Last March 7, Diego Boneta and Belinda, two of the actors of the moment, starred in a photograph that quickly went viral on social networks. It was impossible not to think that they would make the “perfect match” when seeing them both (handsome and talented) holding each other.

The protagonist of Luis Miguel, the series visited the actress in the backstage of the musical Today I can not get up and the rumors of a possible romance between them were immediate, however, supporters of the alleged new love will have to assimilate that between them there is only a great friendship, as the actor assured before the cameras of Selling.

“Belinda She is someone I have known since I was 12, she is a very close friend of mine. I was delighted to see her, ”replied Diego when questioned about the photo taken in the actress’s dressing room, who was given time to visit during his stay in Mexico City.

On interpreting his most popular character, Luis Miguel, In the new installment of the biographical series, Boneta shared that it has been a totally different characterization process from that of the first installment of the project produced by Netflix, since for this new season, the actor spends up to four hours in makeup to achieve the similarity. with the sun’.

“We are very different, in this case, it is a huge challenge to come out as the character that is bigger. It is something I have never done, they are prosthetics that take more than four hours to wear and that Bill Corso did, who is a makeup artist I worked with on ‘Terminator’ and who is already the winner of two Oscars, of the best makeup artists in the world . Having counted on him for this prosthetic was something incredible and the challenge here is to be leaving one and the other, one and the other ”.

Faced with the question of whether Luis Miguel has already seen him perform his character in this new season and about the challenge of overcoming the success of the first, Bonnet commented:

“I have not seen Luis Miguel, I have been in the forum, we are all working 16 hours a day. For me the most important thing, because something that I have very, very present is the success of the first season which was crazy, it was something that no one expected, it was a phenomenon, but that is why we cannot trust ourselves with this second season and it is something that I have super, super consent, because there is more expectation and yes, there is more responsibility now there are two characters. The same team that made the one, which I think is something very important, the same writers, the same directors, the same producers, we all have in mind how important it is now to put all the desire in the world for this second season be something very special ”.