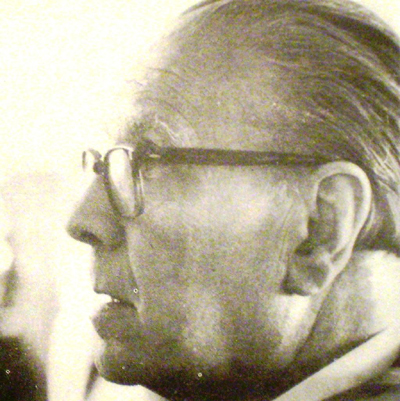 We know that the Argentine writer Jorge Luis Borges was a staunch opponent of the Peronist regime, its politics and his henchmen, whose effects we see splashing up to the present after 70 years of the creation of that populace movement by the military Juan Domingo Perón.

Any new politician who wants to dominate the masses must fill his mouth with that adjective: be a Peronist, disguised with a left-handed varnish and with a demagogic speech, that is, populachero, deliver troche and moche subsidies, give away the famous bread Christmas candy, encourage leisure and banalize culture since an uneducated people can be manipulated freely and sell colored mirrors. This is how the propaganda minister of Nazism Dr. Joseph Goebbels used to exclaim: "talk to me about culture and take out a weapon", a model that all totalitarian regimes will then adopt. Borges is precisely in the antipodes of this model, a fervent admirer of culture, not only the national one, but of all those writers who knew how to donate something to their extreme sensibility.

Returning to the politicians that Borges did not adhere to, all these methods were not invented by Perón or the new totalitarian leaders of today, but were imported from Nazi and fascist Europe where dissidents were persecuted by the Gestapo, imprisoned and lastly sent to the gas chambers.

Borges's enthusiasm for the fall of the Peronist government with Isabelita as president at the hands of the military in 1976 took him with joy thinking naively that they were noble knights as well as their military ancestors defending the homeland and that they would be what the Cavalry mounted to the rescue of the defenseless as seen in American films.
Afternoon discover about the trickster and its operations of massacre and obscurantism, he recants his mistake, and despite that he is worth not being the winner of the Nobel Prize for Literature, which he deserved for his valuable contribution to the Spanish-speaking letters.

Borges who this year is honored for his thirty-three years of absence, saved having to witness all the years that have survived with acts of corruption, impunity and persecutions of the truth that this country has suffered. Murders have been committed to silence those who investigated the dishonest courses of their rulers that earned the lives of the martyrs of the Israeli Embassy in 1992 and then the 85 victims with the explosion of the Jewish headquarters of the AMIA in 1994, 25 years of impunity and silence. It also cost the life of prosecutor Alberto Nisman and journalist Juan Castro among those we know. The AFIP exercising of Gestapo in those not inclined to the establishment case the student of Harvard with his "indiscreet" questions to the president, in short, the list is surely much longer and unknown to the lay public like us. And the evil, the debts were pushed, kicking forward and today we are in a cul de sac, a dead end where the new government has to deal with the dead man who threw him and it seems that all are forgetful of the origin of the same. This style of driving was that Hanna Arendt, in the best style of the Romans in terms of "bread and circus" nominated populachero or rabble, disguised as the concept of social inclusion and the motto "for All and All" where even the grammar has been affected and with the intent of brainwashing from schoolchildren from the hands of La Cámpora emulating the method implemented in Nazi Germany by the Hitler youth who began to dogmatize children with their propaganda from the age of 8.

We emphasize the concept of dogma because it assumes the metaphorical form of the Amen myth that it is enhanced with aesthetic elements that exalt it and that come from German romanticism. The exalted dogma thus leads the subject to unknown boundaries, unlimited by its blinding effect and maximum idealization according to the psychology of the masses that push the being to the most irrational of himself and an unlimited surrender for love of his leader. We saw it done during Nazism, we see it repeated today with the excessive surrender of those who sacrifice their lives for a fundamentalist ideal.

There is a great prejudice regarding the bourgeois word. Being a bourgeois is not a bad word, it comes from a town that means city, it is those individuals who make the hinge between the countryside and the aristocracy, arise from the French Revolution, whose children bet on university knowledge and professional training, and we should not forget that Karl Marx, a German lawyer, a convert to Catholicism, belonged to a bourgeois family and from that position wrote Das Kapital. On an empty stomach you can not think or create or be abstract, so it is those injured with the word "gorillas" who have written and written the needs of the workers and laborers, so do not fill your mouth so quickly with hollow phrases and massive connotation, therefore, demagogic as is any effect of mass psychology, convenient in its operation for any demagogic government. Both Borges and the Hungarian writer Sandor Marái recognize themselves as perfect bourgeois, intellectuals, who had to take a path in life via work and not from the usufruct of a family heritage accumulated over many generations.

Years of corruption, lies of the story and demagogic operation are not corrected in a short time, it should be done as the biblical Moses who wandered 40 years through the desert so that those born under slavery did not enter the promised land because with a submissive mind you cannot conquer a new world, because of this we take Borges' words when he says: “Any government that succeeds the possible October elections will, in fact, be a fearful accomplice of the current regime, such as the paradise of Islam, will live the shadow of the swords. ” Words of a brilliant writer who reads politics from his knowledge and intellectual journey, that is, so that there is democratic governance, you must first settle the accumulated debts so that they do not overshadow the work of democracy and justice.
Borges emphasizes the mythical Medusa that mesmerizes with his diabolical gaze and strangles with his tentacles since, due to his fascination effect, the individuals could not read his deadly work. Metaphor that he uses so that he himself will never be deceived by jellyfish or the siren song as it happened with the 1976 military coup and his lying slogans.

Borges was a great defender of law and justice, almost to the point of believing in it with a certain degree of naivety. We can establish that when it does not act against a criminal act with all its tools, it is not only registered as a new paradigm of Evil, but worse, it invites its repetition. We take the case of Medea in the tragedy of Euripides who murders her two children as an act of revenge on her husband Jason who abandons her for another woman. Jason cries out to the gods for revenge and justice, a fact that does not happen and that is how it is that Medea gives birth to a new son as a result of her relationship with Aegean.

Naivety comes as a depreciated value today, and in the best style of Pirandelo is applied in this world of post-modernity in the motto of "he who is not cruel is a moron." Today a world full of cruel acts spreads like in the Third Reich Germany that suffered twelve years of mistreatment and discrimination with the excuse of eradicating from Europe the members of a community branded as inferior, we refer to the Jewish people.
Borges bet on a position of a certain "imbecility-naivety" and with it he made ties of letter and writing because he believed in a community of men without borders, respecting their peers, our human brothers, otherwise we enter a world where they return to succeed the Cain, murderers of his brother, the good and "imbecile" of Abel, or the Wagnerian heroes like Parsifal who have the ability to impose pain and suffering and are applauded for it and accepted as a positive value for life. Against all these bloody, totalitarian and fierce models against which Borges fought with his best tool that has been the pen and is the one that lasts until today despite his physical departure, however he has bequeathed his humanitarian spirit and of high sensitivity

In his writing The sum refers: "at the precise moment of death he discovers that this vast hubbub of lines is the image of his face." Today already absent, we think that he has found himself behind the mirror, in that crossing, the image of his lines already blurred to make with it a new writing in the hereafter and that we will have to wait for our time to be able to read such a sensitive transmission of knowledge and of love for humanity.

Thank you Borges for sharing your writing with all of us and that in that new abode you can enjoy your eternal naivety. ■