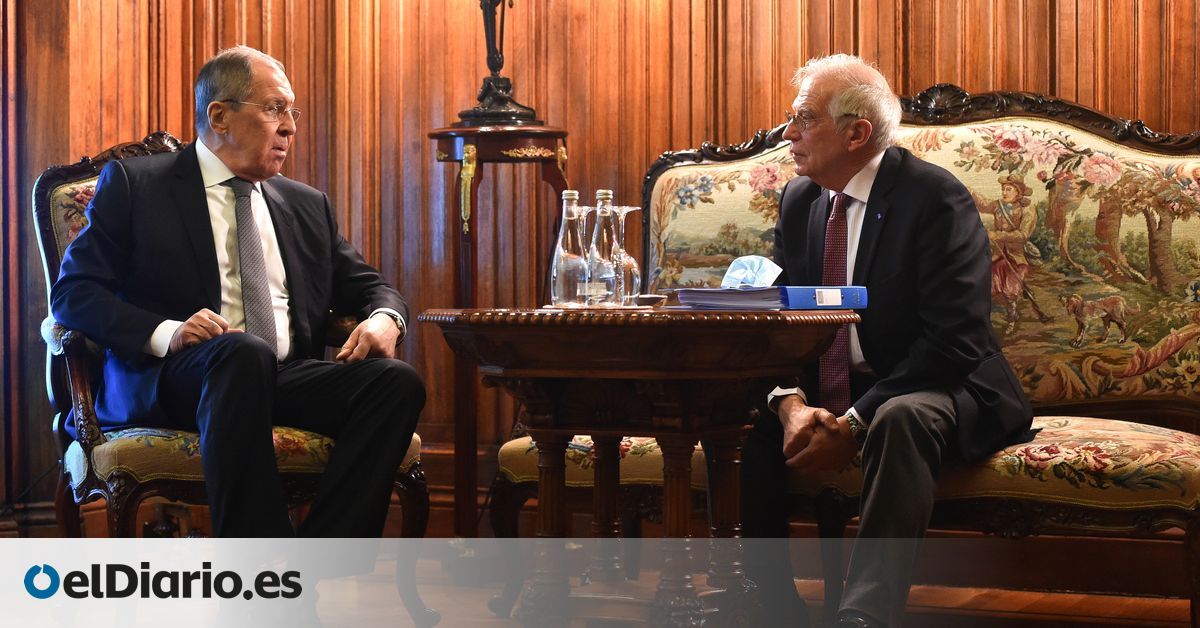 Josep Borrell describes a trap. The head of European diplomacy, after 48 hours in Moscow, recounted on his blog the trip to Russia, mandated by the 27 governments of the EU to take the temperature of the differences between the EU and Russia, aggravated by the conviction of Alexander Navalni and the mass arrests of members of the opposition. If before his arrival, everything pointed to the fact that at the European Council in March EU leaders could discuss imposing more sanctions on Moscow, on his return to Brussels the outlook is much darker. Of course, he defends that, precisely in difficult moments, is when you have to meet with your counterparts.

“An aggressively organized press conference and the expulsion of three diplomats from the EU during my visit indicate that the Russian authorities did not want to take this opportunity to have a more constructive dialogue with the EU,” Borrell writes on his blog. Indeed, at the press conference, in which he spoke in English and Sergei Lavrov in Russian, his mother tongue, it seemed that both leaders were on different radio frequencies. While Borrell criticized the human rights situation, the film Palmeras en la Nieve and came to praise Russian scientists for the Sputnik V vaccine, Lavrov replied with the imprisoned independence leaders, without Borrell responding to him and, later, during the Food, informed him of the expulsion of three EU diplomats accused of participating in demonstrations against Navalni’s imprisonment.

“My meeting with Minister Lavrov and the messages sent by the Russian authorities during this visit confirmed that Europe and Russia are distancing themselves,” acknowledges Borrell: “It seems that Russia is progressively disconnecting from Europe and looking at democratic values ​​as an existential threat. We will discuss these issues with my fellow EU foreign ministers. As always, it will be up to the Member States to decide the next steps and if these could include sanctions. As the EU, we will have to draw the consequences, think carefully about the direction we want to take to our relations with Russia. At times, the discussion with my Russian counterpart reached high levels of tension, such as when I asked him for the immediate release of Navalni. “

“We are at a crossroads,” says Borrell: “The strategic decisions we make now will determine the dynamics of international power in the 21st century and, in particular, whether we will move towards more cooperative or more polarized models, based on closed or freer societies. The European Union can influence these events, which requires a clear vision and objectives, accompanied by an intense diplomatic commitment, backed by our multiple means of external action and projection of influence. ” And he concludes, with a clear definition of how he understands his work as head of European diplomacy: “We have to face challenges, meet each other in their own territory, just when negative events are unfolding to allow us to better assess the situations we face and the actions we must take. I prefer this to being reactive and waiting for things to happen. If we want a safer world for tomorrow, we have to act decisively today and be prepared to take some risks. “

Borrell himself, the first High Representative to travel to Russia in four years, said on Friday that relations between the EU and Russia were in very low hours. There are sanctions applied against Russia for entrenched conflicts, such as the one in Ukraine; there are problems in NATO, with an arms reduction agreement on hold; it has been aggravated by the crisis in Belarus, after which the EU sees Putin’s hand; Borrell’s own department has a team dedicated to pursuing fake news of Russian origin; and, lastly, the arrest and express conviction of Navalni, rejected by the 27, followed by protests and massive arrests of protesters.

And Lavrov responded by speaking of the imprisonment of the Catalan independence leaders: “They are in prison sentenced to ten years for organizing a referendum, a decision that the Spanish justice has not revoked despite the fact that courts in Germany and Belgium have ruled against it. Spain has defended its judicial system and has asked not to doubt its decisions. That is what we want from the West in terms of reciprocity. “

The Foreign Minister, Arancha González Laya, responded on Friday afternoon, showing the relationship between the two countries: “I would like to remind Minister Lavrov that Spain is one of the 23 full democracies in the world and there are only 23 Russia is ranked 124 out of 167 countries. I want to remember that in Spain all citizens, all, have their rights and freedoms fully guaranteed. That in Spain there are no political prisoners. There are political prisoners. And I hope Alexei Navalni will have the opportunity to participate and campaign in the next Russian elections, as the Catalan independence leaders who are serving time in Spain are doing. “

It is not the first encounter Borrell has with the Russian government. In 2006, when he was President of the European Parliament, he criticized the problems with human rights in Russia to Russian President Vladimir Putin at an EU-Russia summit in Lathi, Finland. Putin responded with the corruption of the Spanish city councils, as recounted in the chronicle of El País. 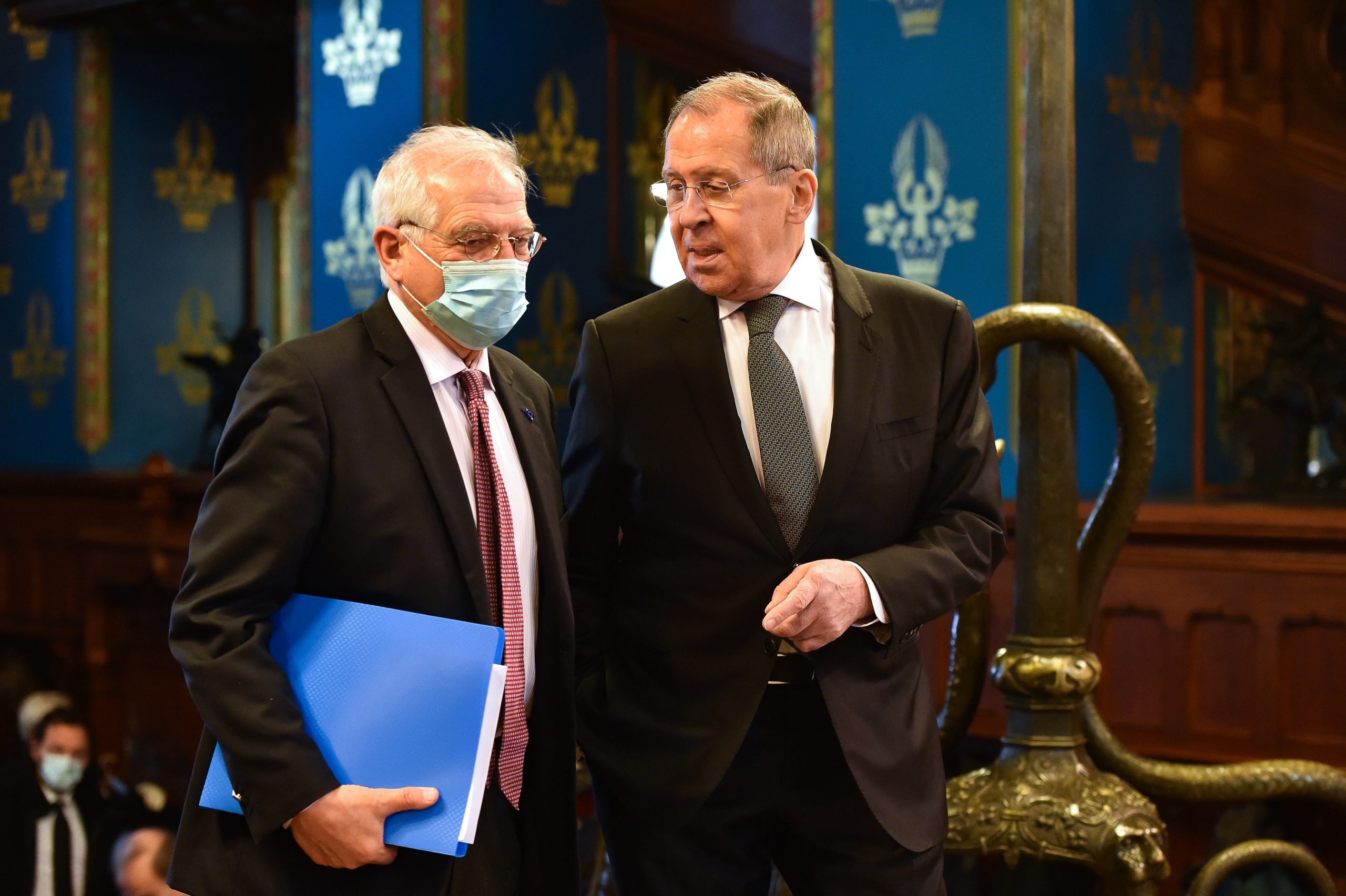 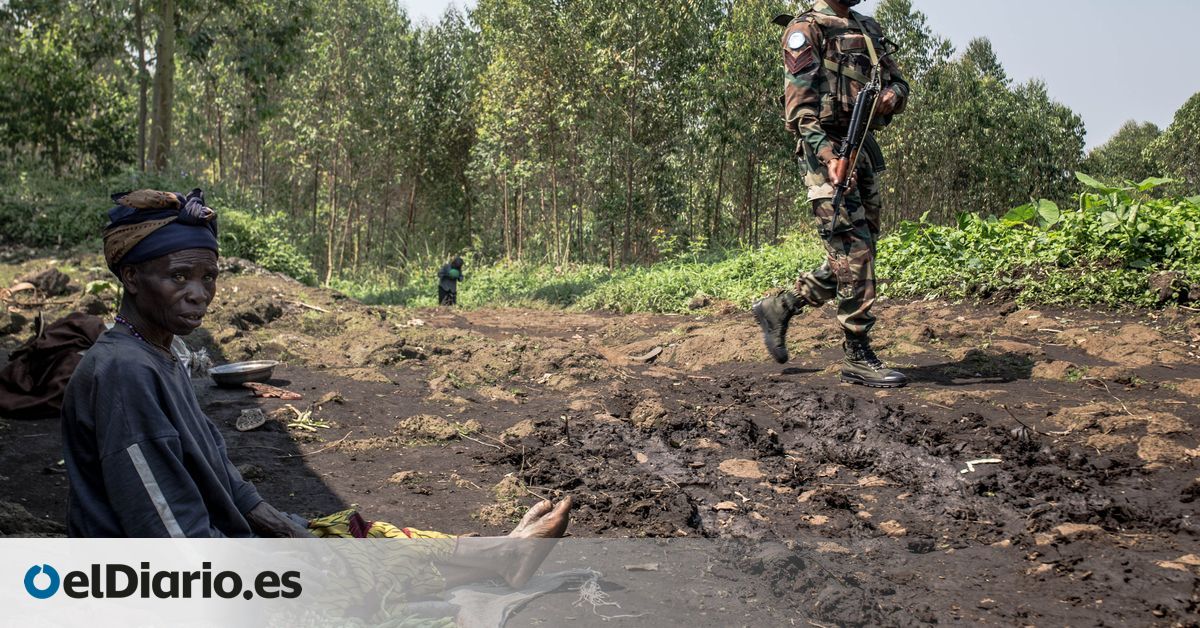