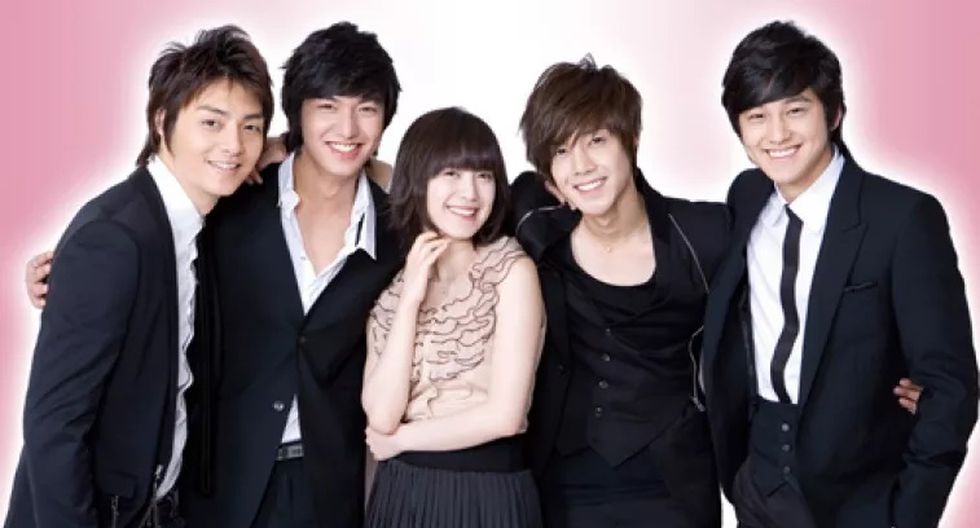 “Boys Over Flowers”, also known in Latin America as “Boys are better than flowers,” is one of the most successful Korean novels in the world that has millions of fans. The production achieved high levels and became one of the most popular Korean productions.

This production was first broadcast by the KBS 2TV television network from January 5 to March 31, 2009. The Korean drama was very successful both in South Korea and in much of the world and with the passage of time It positioned itself as one of Hallyu's greatest successes.

The success of “Boys Over Flowers” ​​was so great that it won several awards and was broadcast in several countries. In addition, he stole the heart of Korean and Latin American viewers who still remember the drama.

From the hand of success also came the fame for the protagonists of the Korean novel, they became international stars and actors in great demand. It's been 10 years since "Boys Over Flowers" premiered and fans keep asking about their idols.

If you are a lover of Korean culture and you like doramas, then you have seen the hit series "Boys Over Flowers" and you will surely wonder what happened to its protagonists? What are they doing now Here we will show you the change of each of the protagonists and what they have done after participating in this series.

Lee Min Ho as Goo Joon Pyo: After starring in “Boys Over Flowers,” Lee Min Ho gained a lot of fame and has continued his acting career starring in many series such as “City Hunter,” “Perosnal Taste,” and “The Heirs.” He is currently one of the best known actors worldwide and one of the most quoted. However, in 2017 he had to pause his artistic career because he entered the military service, which concluded this year.

The actor is back and in May 2019 it was announced that he had joined the main cast of the series “The King: The Eternal Monarch” where he will play Lee Gon, the “Emperor of the Korean Empire” who tries to fight evil . The series is expected to be released in 2020.

Go Hye Sun as Geum Jan Di: After playing this unforgettable character the actress decided to become a film director, producer and author and directed several doramas. But he did not neglect the series as he had roles in the dramas "Angel Eyes" and "Blood" that starred with actor Ahn Jae Hyun and his chemistry was so great that they began a relationship.

The couple married on May 21, 2016, however in August 2019 it was announced that Go Hye Sun and Ahn Jae Hyun were divorcing.

She is one of the best paid actresses in Korea and has won several awards for her performances. It is very famous in Latin America thanks to the popularity of the drama. She is also a singer, writer, model and painter.

She is considered one of the most beautiful girls in Asia for her natural beauty, occupying the number 1 spot on the list of natural beauties chosen by many idols. He was always sentimentally linked with his co-star Lee Min-Ho in the drama "Boys Over Flowers", but they are only friends.

Kim Hyun Joong as Yoon Ji Hoo: Kim Hyun Joong is one of the most popular voices of K-Pop. The singer gained popularity for being part of the band SS501 and for having performed in doramas like "Boys Over Flowers" and "Playful Kiss".

After being part of this successful Korean series, he began his musical career as a soloist and sold 100,000 copies of his album in 2011. He starred in the series "Playful Kiss" that was not so successful in his homeland but abroad. He went through various judicial problems in 2016 when his girlfriend reported him for psychological violence.

In May 2015 he entered the military service and concluded it in February 2017 after serving for 21 months. He continued to make music as a soloist and many rumors are heard that he will return to Korean TV.

For now he is touring Latin America, has been in Mexico and Bolivia. Kim Hyun Joong will offer a concert this Sunday, October 20 at the Plaza Arena in Surco, next to Jockey Plaza.

Kim Bum as So Yi Jung: After playing one of the F4, he is still active in his acting career, but in 2014 he was more active on Chinese television starring in a 40-episode love drama and in 2015 he returned to the Korean television to continue cultivating successes.

Kim Joon as Song Woo Bin: He was also part of the F4, but unfortunately Kim has not done as well as his other teammates, since he has not been fully active. However, it enjoys great popularity.

Kim enlisted for his mandatory military service on September 29, 2011 for four weeks of basic training, followed by his duty as a recruited police officer. He was released on June 28, 2013.

There is no doubt that the actors did not change much in the physical aspect but currently their professional careers have had a great change and have achieved more success.