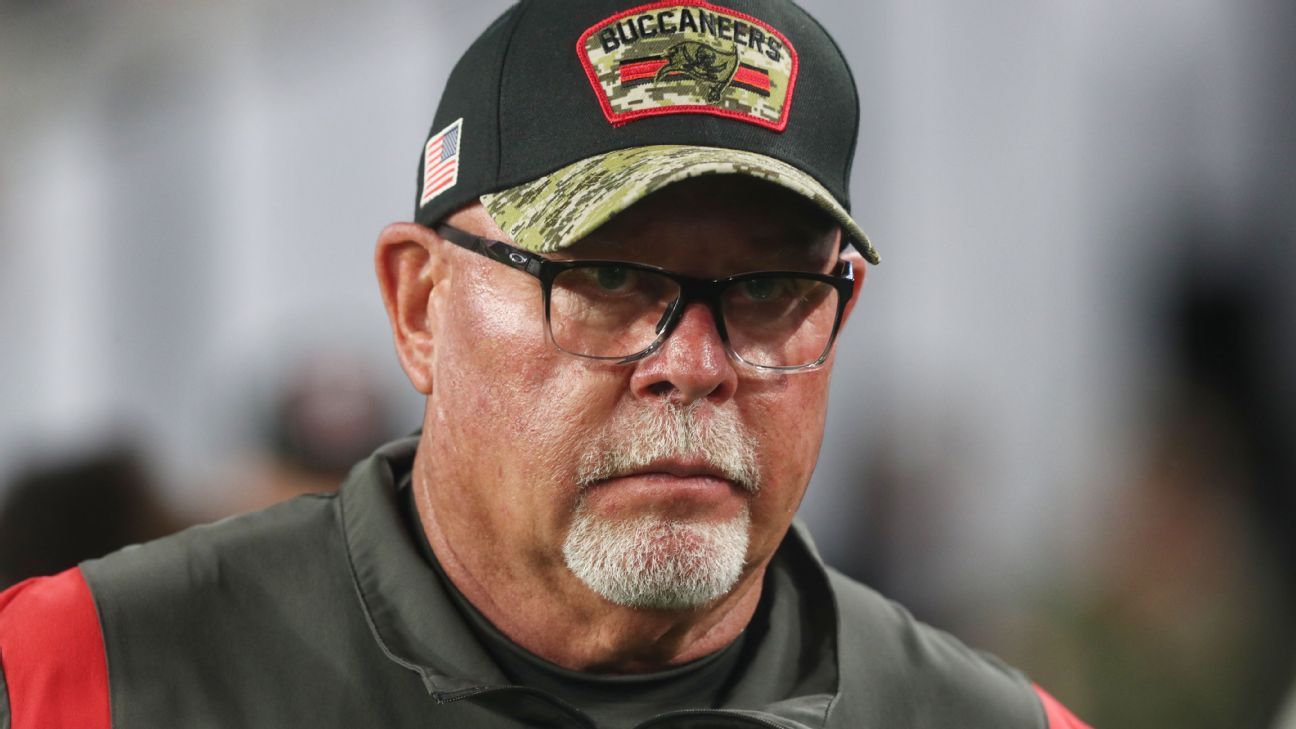 Arians is isolated at home. He reported to ESPN that he is fine and is dealing with mild symptoms, primarily a cough.

“I tested positive for COVID-19 this morning, but have only experienced mild symptoms so far,” Arians said in a statement released by the team.

“I have full confidence in him and the rest of our coaching staff to prepare the team for this week’s game against the Jets,” Arians said in his statement. “I look forward to meeting the team and being back at the facility as soon as I can.”

Arians, 69, has had multiple health problems in his career, including a prostate cancer diagnosis in 2007, a skin cancer diagnosis in 2013, and a renal cell carcinoma that required removal of part of his kidney in 2017 to make sure he was healthy enough to coach the Buccaneers before taking the job in 2019; he has not had any documented health problems while in Tampa.

Arians is the second member of the Bucs coaching staff to test positive this week. On Monday, wide receivers coach Kevin Garver tested positive, as did wide receiver Mike Evans.

On Tuesday, the Bucs announced that cornerbacks Sean Murphy-Bunting and Jamel Dean would be placed on the reserve / COVID-19 list, bringing the Buccaneers’ total players and coaches to seven. Last week, defensive lineman Rakeem Nunez-Roches and kicker returner Jaelon Darden were included on the list.