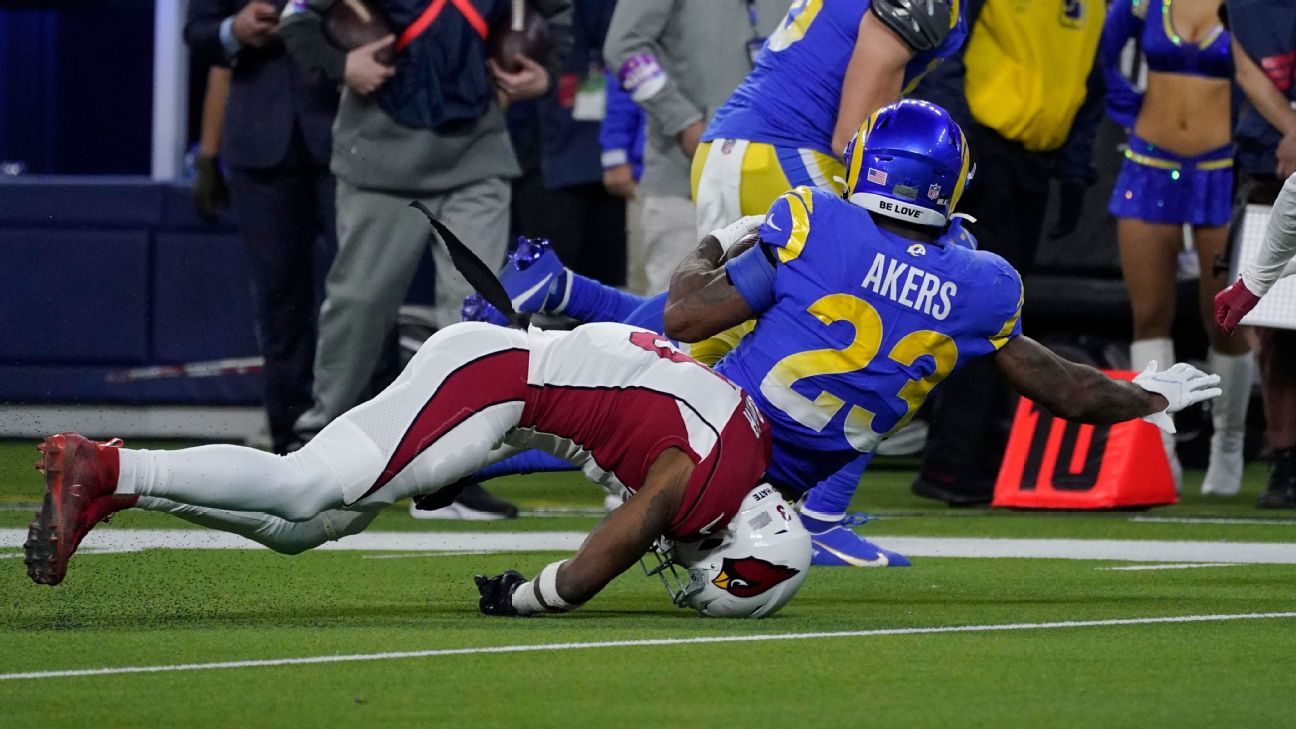 INGLEWOOD — Arizona Cardinals safety Budda Baker was carried off the field on a stretcher after a violent collision late in the third period of the NFC Wild Card Round game on “Monday Night Football” against to the Los Angeles Rams.

He was ruled out of the game with a concussion, but did retain sensation and movement in his limbs while being carried off the field.

Budda Baker was left lying on the field of play after a bad hit on Cam Akers. AP Photo

The Cardinals later said he was taken to the hospital for further evaluation and was alert and in communication. The team confirmed Tuesday afternoon that Baker has been released from the hospital and is on his way back to Arizona.

Baker himself wrote Tuesday morning that he was “fine.”

Thank you all for the prayers. I am doing good 🙏🏾

Later the same Tuesday, Baker posted a video on her Instagram story, expressing gratitude for the support she has received, and saying she will have a “full recovery.”

“I just want to thank everyone for everyone’s well wishes and prayers, I really appreciate it. Everything went well, and I’m going to make a full recovery. So, I’m definitely blessed,” he said.

Baker hit Rams running back Cam Akers with 1:51 left in the third quarter around the Cardinals 5-yard line. He lowered his head and left shoulder, before hitting Akers’ knee.

“It was just a good football play,” Akers said. “It was nothing personal. I have the utmost respect for Budda and the team.”

The 26-year-old Baker, named to his fourth Pro Bowl this season, had 98 tackles and three interceptions in the regular season. He was a second-round pick in 2017 out of Washington.