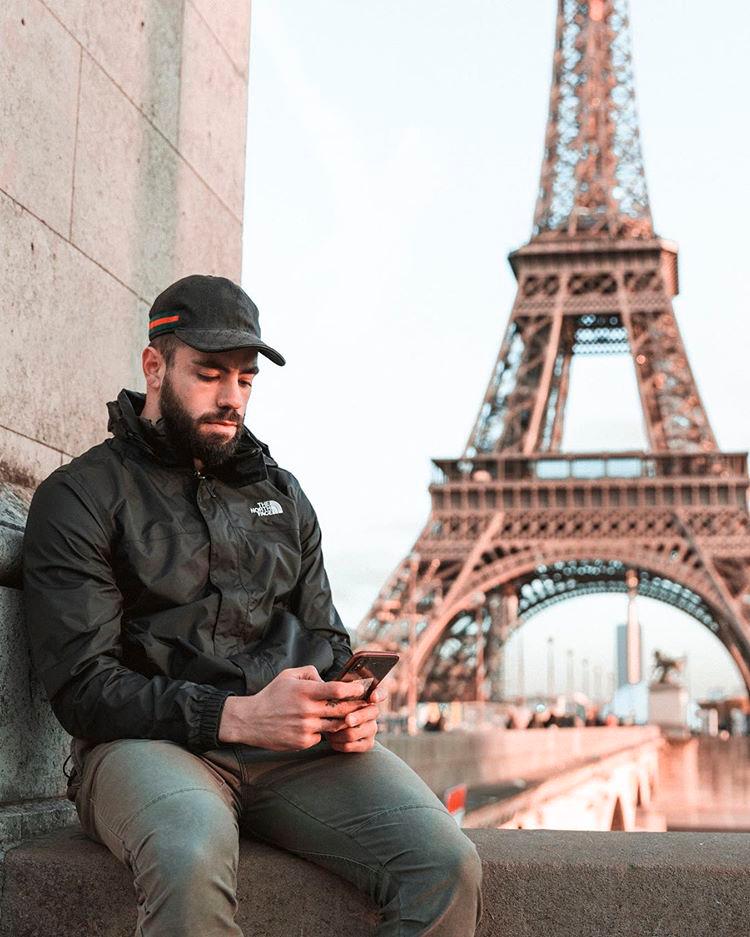 Matthew Lepre, a 27-year-old Australian millionaire founder of the company Ecom Warrior Academy, is in search of a photographer to accompany him on his travels in the United States and Europe to feed his social networks.

The employer offers the amount of $ 55,000 a year to those who meet the requirements for employment, including that the employee has a passport, availability of time to travel from one moment to another and that is agile in capturing images.

"The person selected for this role should be flexible with his life and be able to join me too, in my crazy agenda that could take me anywhere, at any time," Lepre told the British Daily Mail.

The Australian business has grown rapidly so it is necessary to have a partner who captures his image wherever he goes. He explained to FEMAIL that last year his best friend was the one who took the photos for his social networks while traveling through the United States, New Zealand, Italy, France, Spain, United Arab Emirates, Indonesia, Switzerland and Thailand.

He explained that his life has become quite hectic and he said that, on one occasion, a television station in Milan asked him to go to an interview so “I had to leave everything and get on a plane and then travel to the other side of the world three days later. ” For this reason it is necessary that the person who occupies the vacancy of photographer be able to keep up with the pace set by their commitments.

In addition to the opportunity to get to know the world, all travel expenses, including flights and accommodation, will be covered by Lepre who also announced that this photographer may have his own professional team appropriate to the needs he has to cover.

In September of this year, the Australian uploaded a video to YouTube in which he reported that he was in search of a personal assistant. The floor of that vacancy was 52,000 dollars annually.

According to the video, the personal assistant would have to dedicate himself to travel with him, manage his social networks, organize his day, provide innovative ideas for the business and that had the ability to cover with the unforeseen events that arose at work.

The businessman told the Daily Mail that for that position he received around 40,000 job applications to be his personal assistant, mostly those interested were women. In the end, more than 70,000 applications were received.

The one chosen by the businessman was Tyanna De Assis, a modeling student, who told News.com.au that she met the requirements because “it was what I had been doing in my work, but this gives me the advantage of traveling the world” .

Although one of De Assis's functions was to manage social networks, the businessman told the Daily Mail that he opened the vacancy because he needs her and other employees of his staff to work in specific areas.

Who is Matthew Lepre?

Lepre is a young 27-year-old entrepreneur who is not only the founder of the Ecom Warrior Academy, but also dedicates himself to the online commerce of four companies and is estimated to earn around $ 120,000 a month with the online coaching business .

The opportunity to develop professionally and get “the best job in the world” as the entrepreneur has called it has reopened after a few months of the first offer he made, so all interested photographers can send a request to be part of Your work team.