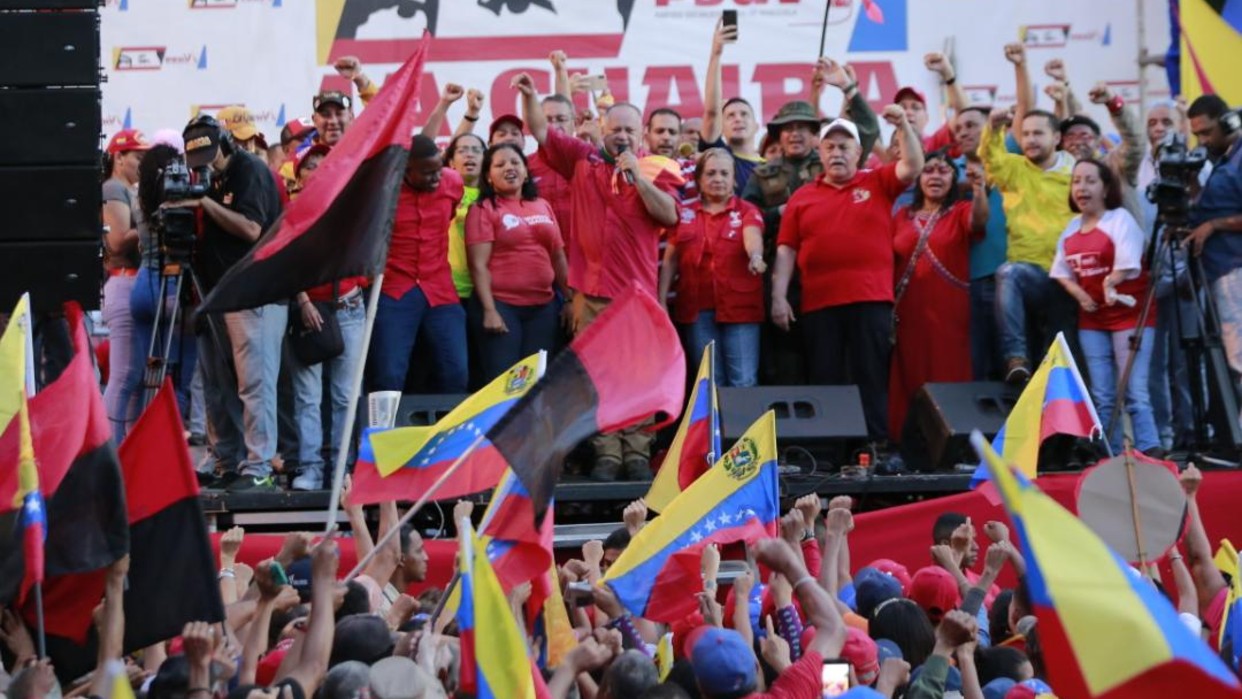 Caracas.- During a popular rally in the state of La Guaira, the first vice president of the United Socialist Party of Venezuela (PSUV), Diosdado Cabello, invited the Venezuelan people to mobilize this Saturday, November 16, in the city of Caracas, where a march in defense of the homeland.

Since the rally, the leader explained that the country is threatened by attempts by the extremist opposition to seize political power and deliver Venezuela to foreign interests, AVN said.

In this sense, he called to be attentive to the attacks of the US government that, in his opinion, uses its political and economic power to prevail in the countries of Latin America.

I point out that the US government is characterized "by a racist, exclusive and classist policy" which they try to impose on Venezuela.

"Venezuela has demonstrated above all things, always, that it respects human rights, as El Libertador said’ established and practiced equality, "he said while warning that the Venezuelan opposition does not create an equality system.

Finally, he again warned the opposition that the Bolivarian Revolution has a people organized through the Sociopolitical Action Networks, the Popular Intelligence Units, the Bolivarian Militia to defend the revolutionary process.