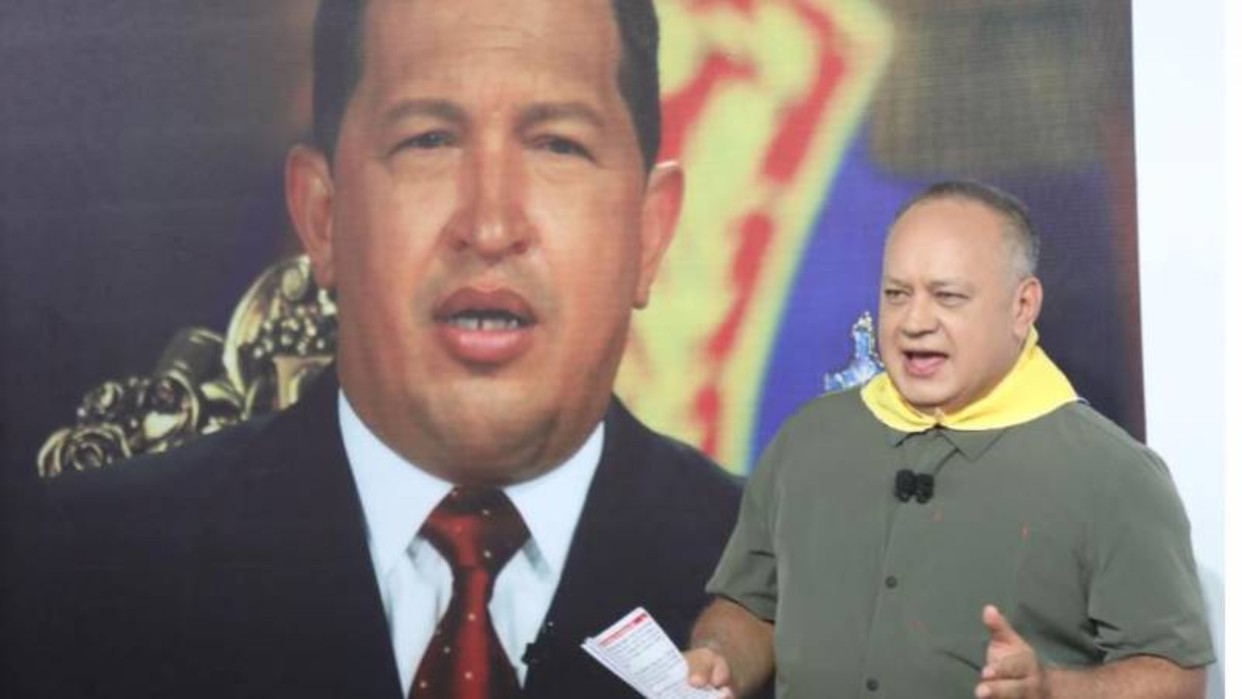 Caracas.- The first vice president of the PSUV, Diosdado Cabello, warned that the president of Chile, Sebastián Piñera, could be setting up a coup d'etat with the military of the southern country.

“You may agree (Piñera) with the military, to give a coup and end up in the US. We alert the international community that this could be forging in Chile (…) It is very rare that today Piñera agrees that he was wrong, a man as arrogant as that, ”said Hair during the broadcast of his program With the Deck Giving, broadcast by Venezolana de Televisión (VTV).

He claimed “the struggles of the Latin American peoples” that in recent weeks have come out to protest in countries such as Ecuador, Chile and Colombia; highlighting that the movements that have been lifted cannot be stopped.

"What do they want? Health, education, pensions, ask for freedom. And who does not understand it, the people will take them ahead (…) There is no way or way that the hurricane of free people can stop someone, and this grabbed their rhythm, ”he said.

With these words, he dismissed the accusations that have been made against Nicolás Maduro and the Cuban government to encourage protests in the Region, stating that their roots are in "neoliberalism" and "interventionist" policies promoted by the United States.

He also predicted that Colombia will be "the next to get up" claiming that they sent "a message" to its president Iván Duque, during the municipal elections last Sunday.

“In the elections in Colombia, two candidates won only Uribe. They sent you a message and you don't want to see it. Sooner rather than later, the Colombian people will be free, ”he emphasized before pointing out that on Tuesday“ they murdered, in one day ”eight social leaders of the Neo-Granada nation.

He insisted on his repeated complaint to the Colombian government that, in his opinion, wants to use Venezuela as a “bridge” to transfer drugs to the United States and western Europe.

"They want to use Venezuela as a bridge for the drug they do in Colombia, we will not allow it," he said before mentioning a seizure of 100 kilos of cocaine in the state of Mérida.

He accuses the US of wanting to “steal” Citgo

On the other hand, he accused the United States government of wanting to appropriate Citgo, the largest asset that PDVSA has in North American territory, using the excuse of wanting to save it from creditors.

“Does the United States save?”, He said, while reading a story in the usual section of the billboards he uses during his program, before adding that “Citgo Ladrones, 13.5 billion dollars, are being robbed, they want to steal , and they say they are saving her. ”

Finally, he referred to the interests of the PDVSA 2020 bond, which are guaranteed precisely by Citgo.

“When the Venezuelan State issued them, the National Assembly in contempt said that they were illegal. Then, as those who were going to collect interest were from the group of Leopoldo López, they declared them legal, ”he said before warning that they“ only care about silver ”.