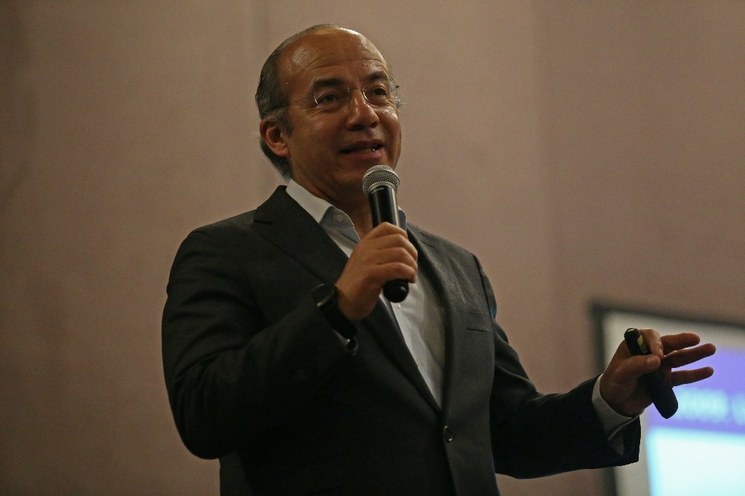 Given the complaint filed by employees who participated in the work of the Estela de Luz against former President Felipe Calderón and government officials, he refused to have incurred in "any act of corruption or illegality in the construction" of the project.

In a document disclosed in his Twitter account he said that it is a maneuver to distract public opinion from serious national problems, since the Inegi reported a decline in the economy in the third quarter of 0.2 percent compared to what was recorded a year ago .

He said the project was competed and decided by a jury appointed between the federal government and that of Mexico City, as part of the celebrations of the bicentennial of the Independence and the centenary of the Revolution, on January 26, 2009 under a scheme of colaboration.

He added that the jury was composed of a prestigious interdisciplinary group and decided independently, he had the most complete freedom to deliberate and among 37 projects in April 2009 he determined that the light trail was the winning project. There were errors in the engineering of the project that caused delays and increased costs, he said.

He explained that the project was corrected and the Light Trail would probably have fallen in the 2017 earthquake if they had not been carried out. That implied "an adjustment in the cost and time of execution of the work, however they were necessary to withstand circumstances of wind, water or seismic events."

He reiterated that the complaint is "a low political maneuver, without any legal support, that even uses colloquial phrases of the government as 'scapegoats' to seek political and media impact. The claim of the complainant's lawyer, said under his responsibility, that "We believe that the decision and determination of the diversion of public resources already existed" is not only false but reckless and without foundation ".

He pointed out that during his tenure the Ministry of Public Administration discovered irregularities between a construction company subsidiary of Pemex in which the complainants worked.