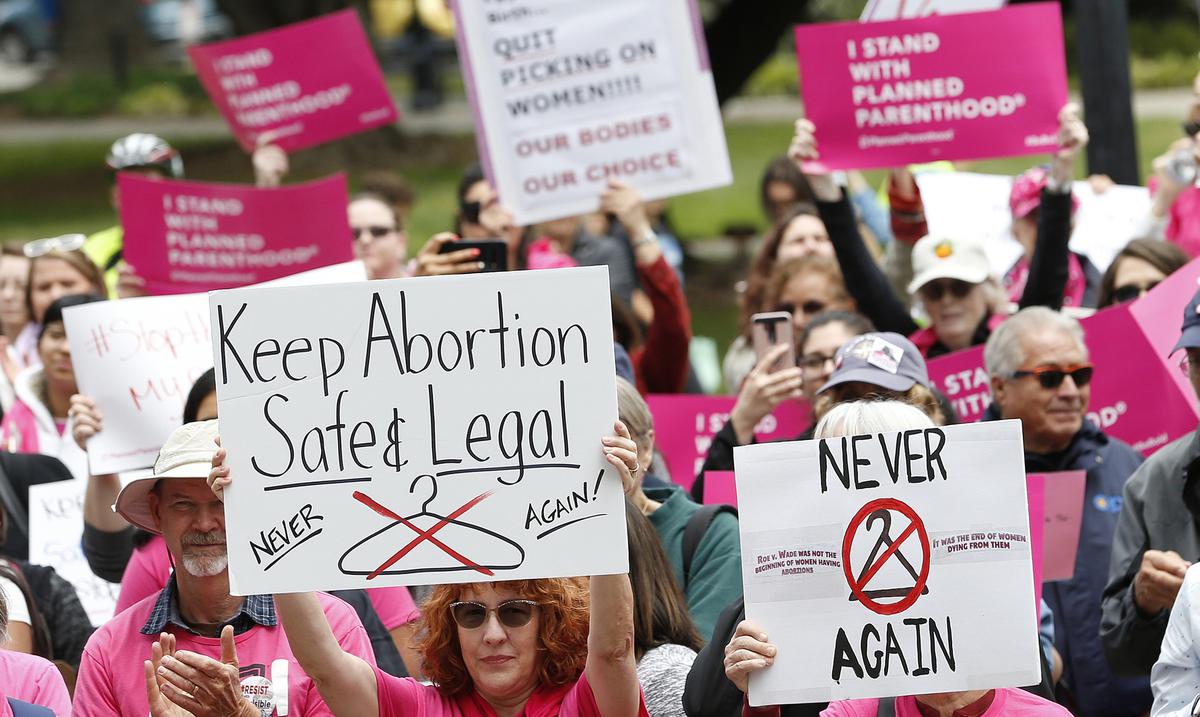 California – With more than two dozen states set to ban abortions if the U.S. Supreme Court gives them the green light next year, clinics in California and their allies in the state legislature on Wednesday unveiled a plan to make the state a “Sanctuary” for women seeking care, possibly including paying for their travel, accommodation and the procedure.

The California Future of Abortion Council, made up of more than 40 abortion clinics and activist groups, released a list of 45 recommendations for the state to consider if the nation’s highest court overturns Roe v. Wade, the 48-year-old decision prohibiting states from criminalizing abortion.

The recommendations are not a liberal fantasy. Some of the top policy makers in the state helped draft them, including Democrat Tony Atkins, who heads the state Senate and participated in numerous meetings.

Democratic Gov. Gavin Newsom started the group and in an interview last week with The Associated Press said that some of the details from the report will be included in his budget plan in January.

“We will be a sanctuary,” Newsom said, adding that he knows that patients will travel to California from other states to undergo abortions. “We are looking for ways to support that inevitability and expand our protections.”

California already pays for abortions for many low-income residents through the Medicaid program. And it is also one of six states that requires private insurance to cover the procedure, although patients may end up paying deductibles and copays.

But money is not going to be a problem for state-funded abortion services for visiting patients. California’s coffers have been full during the pandemic, generating a budget surplus this year. For next year, the independent Office of Legislative Analysis forecasts that the state will have a surplus of about $ 31 billion.

California affiliates of Planned Parenthood, a reproductive services organization that is the nation’s leading provider of abortion procedures, had a sneak peek of how women might seek abortions outside of their states this year when it went into effect in Texas. a law that prohibited abortion after six weeks of gestation. Clinics in California reported an increase in patients from Texas.