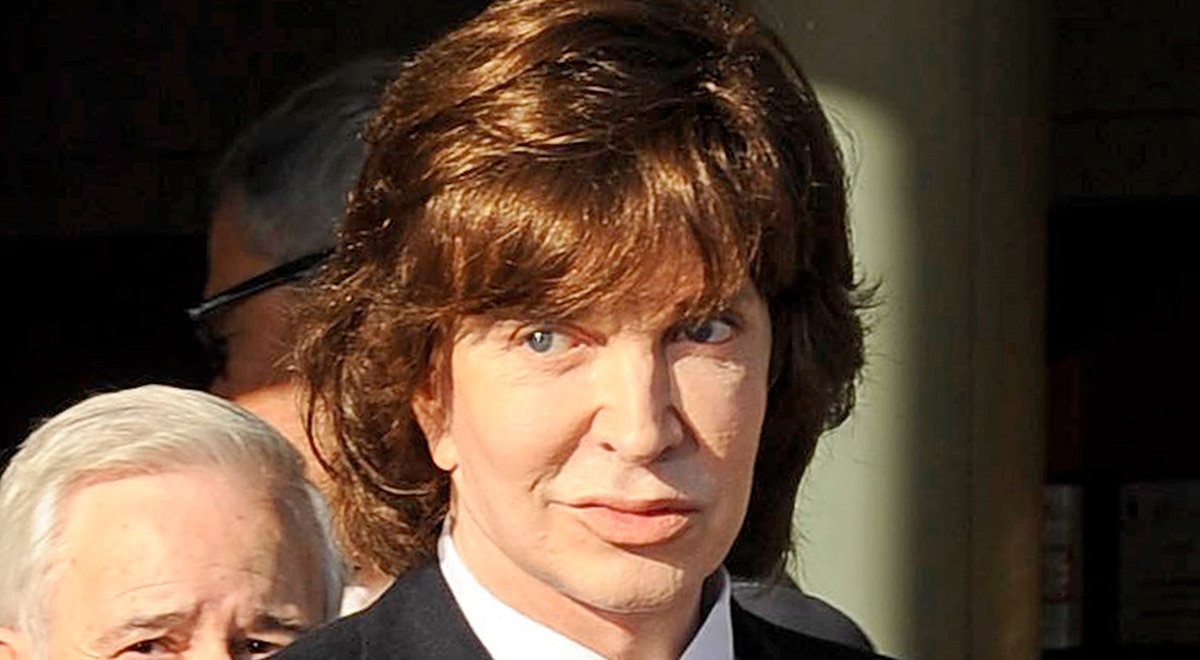 The death of the Spanish singer Camilo Sesto continues to give us a lot of unpublished material because from time to time new little-known details of the intimate life of the Spanish singer are revealed. This time, it was announced the relationship that the interpreter of "Forgive me" had with an unknown man who was very close to him for many years.

And it is that in the newspaper "La Razón", the journalist Ángela Portero spoke about Ángel Martín Fernández who supposedly was "one of the people that Camilo Sesto trusted most".

According to this information, it was Ángel Martín Fernández who at the time was responsible for bringing all the belongings of Camilo Sesto to his residence in La Chopera in 2013 after suffering the theft of his house in Torrelodones.

The note says that Angel Martín Fernández revealed that after this “all his jewels, dozens of gold and platinum records and briefcases full of dollars from two concerts given by Camilo in Latin America are in La Chopera, a house that only has the keys Cristóbal (the singer's last manager)… if everything we have there is not there, Cristóbal is going to have to clarify what happened because he is the only one who had the keys to the house ”.

Camilo Sesto passed away on September 8

Camilo Sesto: How did Angel get to the singer's life?

It turns out that Angel's grandparents work in the Torrelodones mansion, there the little ‘Angelito’ (as the singer called him) met Camilo Sesto. That has been over 50 years ago.

The “La Razón” note tells how Angel Martín Fernández's grandparents got to work with Camilo Sesto: “Once Torrelodones's house was successful and built, Camilo hired Angelito's grandparents as a cook and gardener, who moved to live in the artist's huge mansion with his two grandchildren: Angel and Pedro. ”

However, the close relationship that Ángel Martín Fernández had with Camilo Sesto cooled when he appeared in the life of the singer Cristóbal Hueto, the last manager of the Spanish, whose negative influence was not only slipped by the singer's son, Camilo Blanes, but also by the same 'Angelito'.

Fernández comments on the isolation in which Camilo Sesto fell in his last years was not completely forced, since to a large extent it was the desire of the singer.

"Camilo was very lonely … a loneliness partly sought and desired, but also imposed by Christopher, his administrator, who was the one who managed his life."

Where do the remains of Camilo Sesto rest?

Camilo Blanes, son of Camilo Sesto, announced that his father's remains will finally rest in Alcoy (Alicante), the artist's hometown, in the crypt where his grandparents Eliseo Blanes and Joaquina Cortés are.

Camilo Sesto will have a museum in Alcoy

The City of Alcoy (Alicante), where Camilo Sesto was born, confirmed that a museum will be made with the belongings of the Spanish singer who came to that place.

However, this project would be being hindered because Lourdes Orenelas and his son Camilo Blanes would not agree to deliver certain interpreter items for the exhibition.

Camilo Sesto: reveal one of his latest messages on Whatsapp

After two months of Camilo Sesto's departure, journalist Beatriz Cortázar, who had an amical relationship with the late artist, shared one of the last messages of the Spanish singer on Whatsapp.

“I have a friend, who is a stylist with whom I did have a relationship, and the other day I was doing a live program and he sent me the capture of his last conversation with Camilo (Sesto), who should already know what was wrong. He sent me a 'screenshot' of the conversation and there is a moment in which he says: 'As long as my music does not die, I will not die and live in all those who carry me in their hearts to whom I could enter through my music' ”, Said the press woman in statements for“ It's the Morning of Federico ”, from esRadio, Spain.