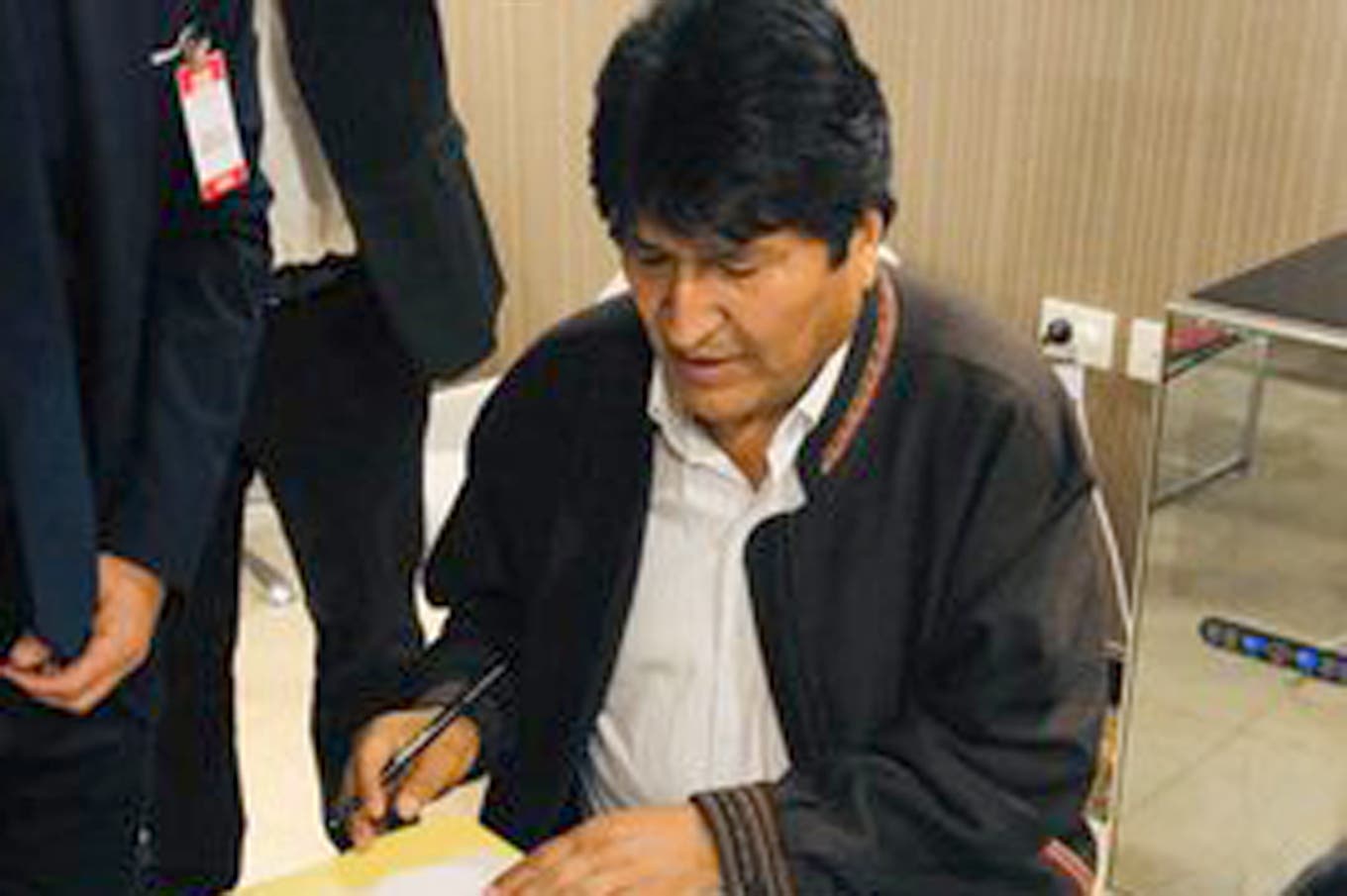 Evo Morales, at the Ezeiza sign the formal request to be considered a political refugee Credit: Twitter

In a room reserved for Ezeiza Airport,
Evo Morales looked at the chancellor's chief of staff, Guillermo Justo Chaves, and asked:
"Can I use Twitter?". The Argentine official, with instructions Chancellor
Felipe Solá nodded, but asked him not to make public appearances until he met with
Alberto Fernandez Morales
I just landed in Argentina, accompanied by his former Minister of Health Gabriela Montaño, former Foreign Minister and former Ambassador Diego Pary to the OAS Diego Gonzales. President phoned him a few hours later to greet him. They agreed to meet soon.

The President was one of the few who was on both the arrival of Morales. Operating for the trip from Mexico to Buenos Aires, developed during the last three weeks, he was kept secret and activated ended last Saturday during a telephone conversation between Morales and Fernández.

Minutes after his assumption, on Tuesday, Fernandez was very aware of these secret efforts when he learned that the special envoy of
Donald Trump had left Argentina ahead of schedule.
Maurice Claver-Carone, director for Western Hemisphere Affairs of the National Security Council of the United States, complained about the presence of the former president of Ecuador
Rafael Correa and Communication Minister of Venezuela,
Jorge Rodriguez But in the environment of the President they suspect the officer was informed of the imminent landing of Morales, so he decided to stage a scandal.

As Argentina does not have the tool of territorial asylum that Morales enjoyed in Mexico, it was arranged to travel with a provisional asylum, which Solá signed on Wednesday evoking norms of customary law. They wanted to avoid any inconvenience on the flight, especially after the laborious operation that had been to get Morales out of Bolivia. Once he was in Ezeiza, he would be asked to sign a request for political refuge, which would be granted in express processing.

In the presidential environment they believe that Trump's envoy, Maurice Claver-Carone, staged a scandal in Fernandez's assumption because he learned of Evo Morales's trip

It was not that simple. The National Commission for Refugees (Conare) operates under the aegis of the Ministry of the Interior.
Eduardo "Wado" De Pedro learned on the fly. The Conare is integrated, among other organizations, by the National Migration Directorate, which until yesterday was vacant.

Chaves took the papers ready. After passing through the sleeve with the rest of the passengers who took the commercial flight Aeromexico, Morales and former officials came to the room reserved. On the way there were Argentines who asked him his picture taken. Some insults were also heard at last. The former Bolivian president was escorted at close range by a security employee of the Homeland Institute, sent by Cristina Kirchner to guarantee the success of the operation, and by Diego Catalano, general secretary of ATE Capital. After signing the order of refuge, Argentine officials brought Morales to their place of residence, a house in the neighborhood of Belgrano, whose exact location remains subject.

From there he launched his first tweet. "A month arrived in Mexico, our sister country that saved our lives, was sad and shattered ago. Now I arrived to Argentina, to continue fighting for the humblest and to unite the Patria Grande, I'm strong and vibrant. I am grateful to Mexico and Argentina for their support and solidarity, "he said. A Fernández Morales does not bother to express. At the Casa Rosada they know that the president of Bolivia came to Argentina to be closer to their country and influence politically in the process of institutional restructuring.

Argentine President assumed that cost since denounced a coup in Bolivia and fell out with the secretary general of the Organization of American States (OAS), Uruguayan
Luis Almagro As soon as he learned of the departure of Claver-Carone, Fernandez threw an insult to the air. The recipient was not sent Trump, but Argentine businessman Gustavo Cinosi, OAS consultant and right hand of Almagro, reported three sources of the Casa Rosada.

Not the first time Fernandez points out as the culprit of a stumble Cinosi, very good ties with the hardliners of American diplomacy. Argentine businessman, by granting the branches of the Sheraton Pilar and Tucuman, was also behind the president he believes the mistreatment of Argentines sent to the scrutiny of Bolivia, Gerónimo Ustarroz and Santiago Eguren. After the OAS published a preliminary report which operated as a trigger for the coup against Morales, Almagro treated Argentines "spies". Ustarroz had agreed the details of the trip with Cinosi. "Why do you have such a guy next to you?" Fernández asked Almagro, they count in the President's environment.

The relationship between the President and Cinosi was not always bad. When Morales still ruled in Bolivia and Fernández visited Mexico, the Argentine businessman facilitated the first meeting with Claver-Carone. That official told the then president-elect that Trump had instructed him to help Argentina in the
negotiations with the IMF. Fernandez and Cinosi already been seen during the election campaign. The employer made available the Sheraton hotel for the first meeting between the CGT and Union Industrial Argentina (UIA), on 11 September, which led Fernández. They met again on 28 November at the annual conference of the UIA, in North Park. Cinosi went to speak to him and Fernandez, angry about what happened in Bolivia, rejected him in bad terms, they count close to the President.

Last Wednesday, the day after Claver-Carone left, Fernández held a meeting with the US delegation that stayed in Buenos Aires. They were Michael Kozak, deputy secretary of the Office of Western Hemisphere Affairs of the State Department; the US ambassador in Argentina, Edward Prado; Chris Andino political advisor and consultant Mariju Bofill. In the Casa Rosada they bet that, through formal diplomatic channels and without informal intermediaries, the relationship can be recomposed.

The Citizenship And Immigration Service Runs Out Of Funds 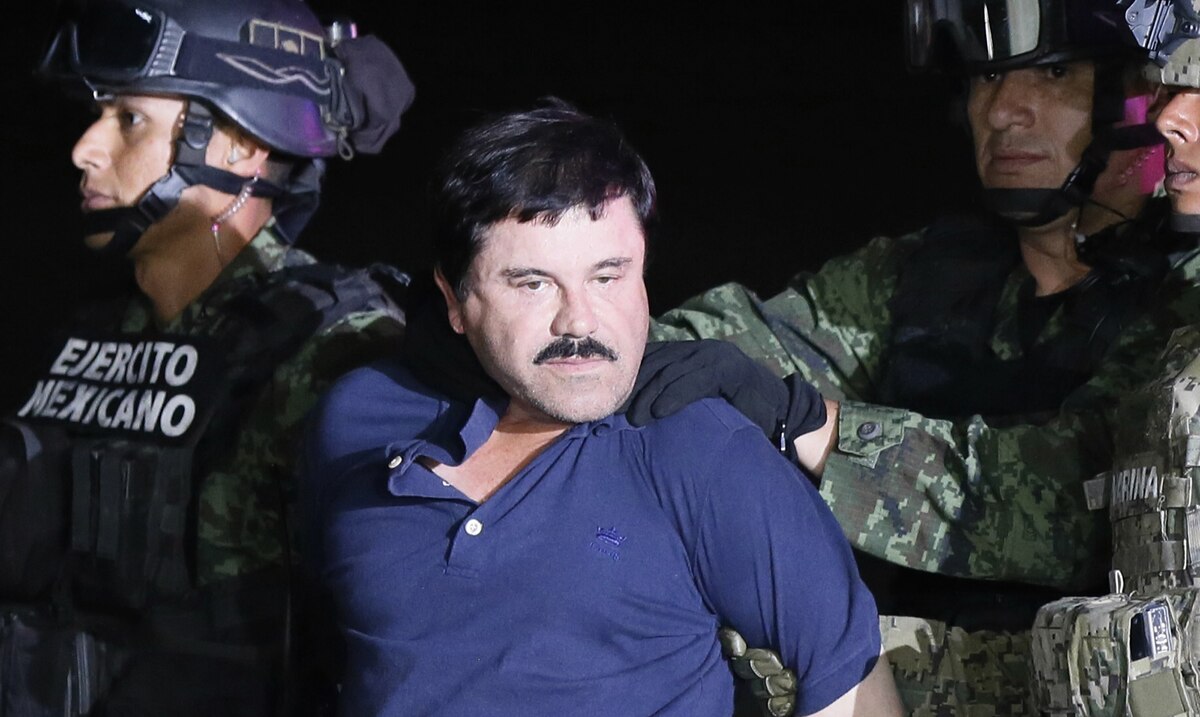 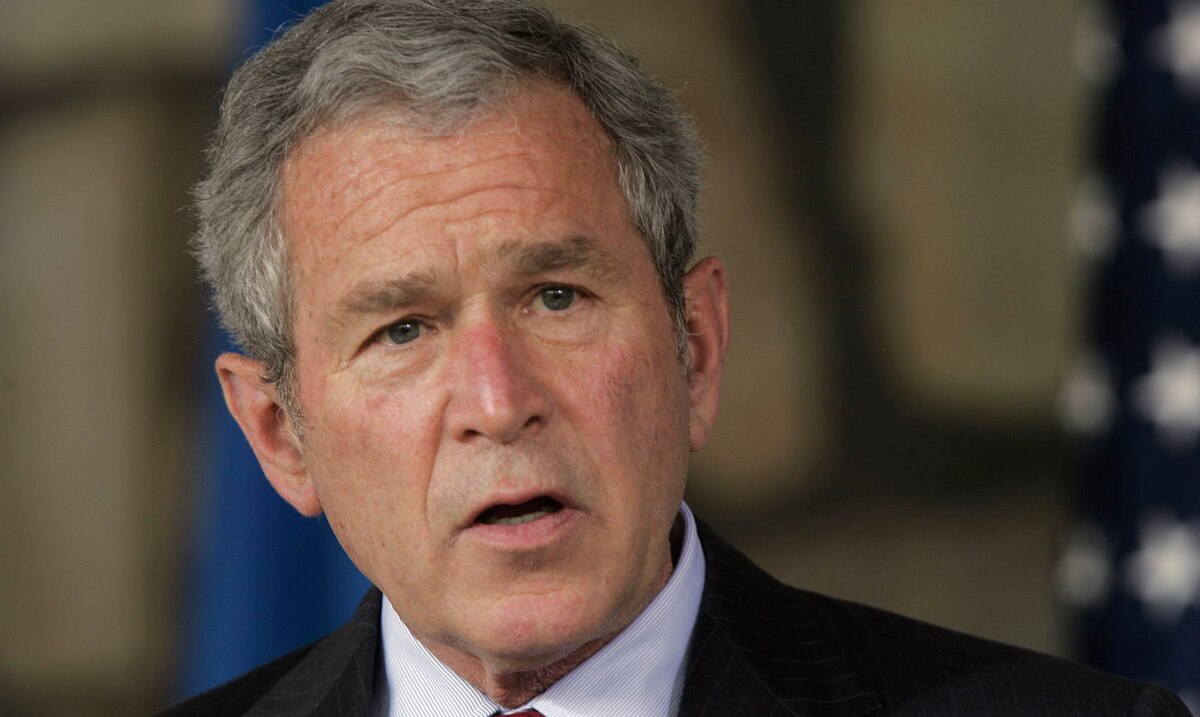