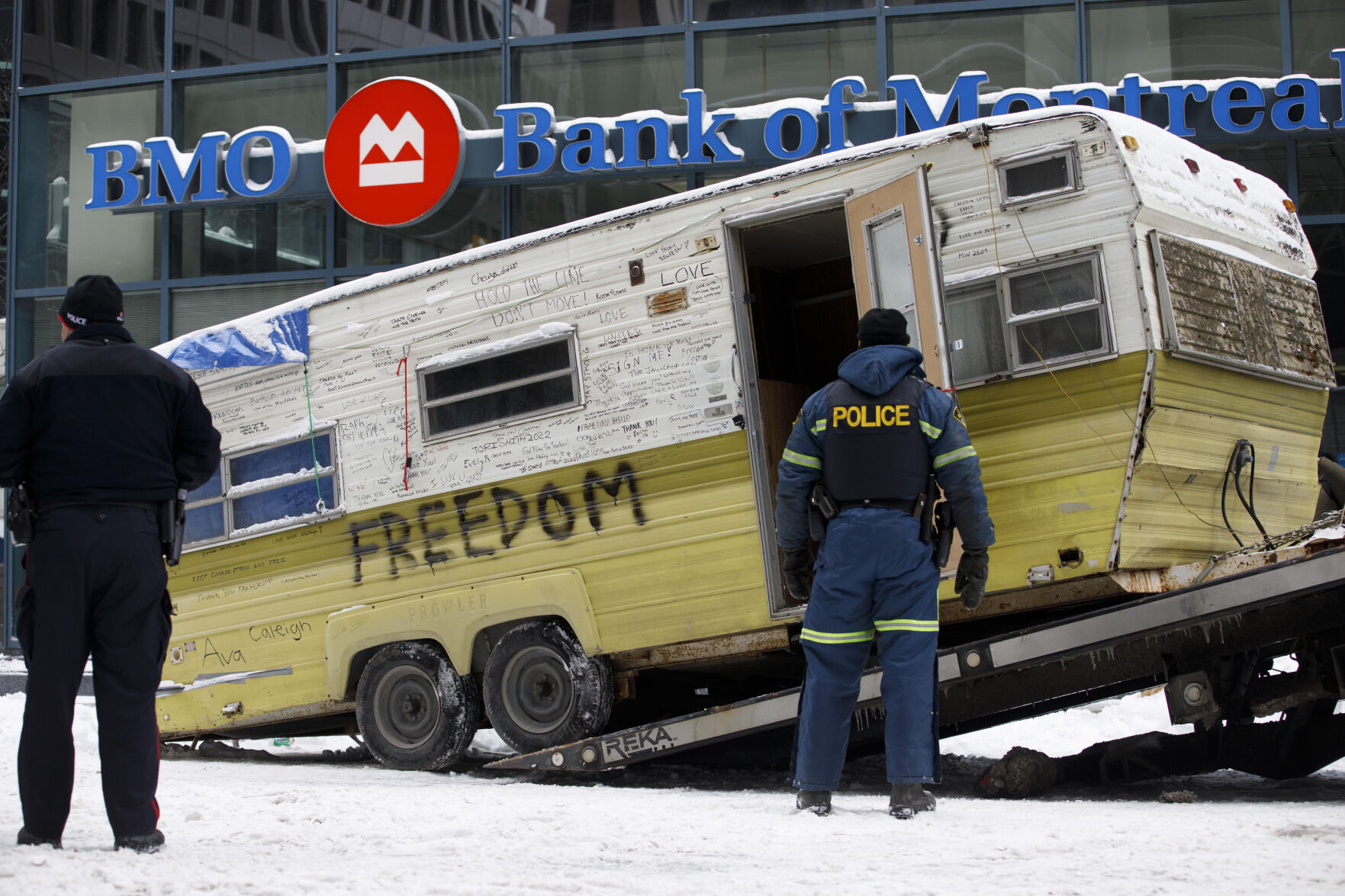 TORONTO (AP) — Canadian lawmakers on Monday approved expanding emergency powers that police can call on to quell any potential restart of lockdowns by those who oppose restrictions imposed by the COVID-19 pandemic.

Lawmakers in the Canadian House of Commons voted 185 in favor to 151 against ratifying the powers.

Canadian Prime Minister Justin Trudeau previously stated that emergency powers remain necessary despite police breaking up the protest in the country’s capital over the weekend and border blockades days earlier.

Trudeau noted that there are still truckers outside Ottawa who may be plotting more blockades, and his public safety minister noted that there was already an attempt to block a border crossing in British Columbia over the weekend.

The truckers’ protests grew until they blocked several border points with the United States and some streets in the center of the Canadian capital for more than three weeks, but all border blockades have ended and the streets around the Canadian Parliament are quiet.

Most of the Ottawa protesters, vowing never to surrender, have left, chased away by police in riot gear in the largest police operation in the country’s history.

“The situation remains fragile, a state of emergency remains,” Trudeau said before the vote.

Opposition leader Jagmeet Singh of the New Democratic Party supported him, ensuring that Trudeau had enough votes. Singh said they know there are protesters waiting around Ottawa and in the capital itself. “They must be cleared,” Singh declared.

He added that the security forces have intercepted several convoys of protesters.

“This is an attack on our democracy. This is a group of people who clearly have ties to the extreme right,” Singh said.

“The organizers clearly have the goal of undermining democracy. That is something we cannot allow,” he added.

The Royal Canadian Mounted Police reported that the people whose bank accounts were frozen were “those who influence the illegal protest in Ottawa, and vehicle owners or drivers who did not want to leave the area.”

Finance Minister Chrystia Freeland previously stated that anyone affected has an easy way to unfreeze their accounts: “Stop being part of the blockade.”