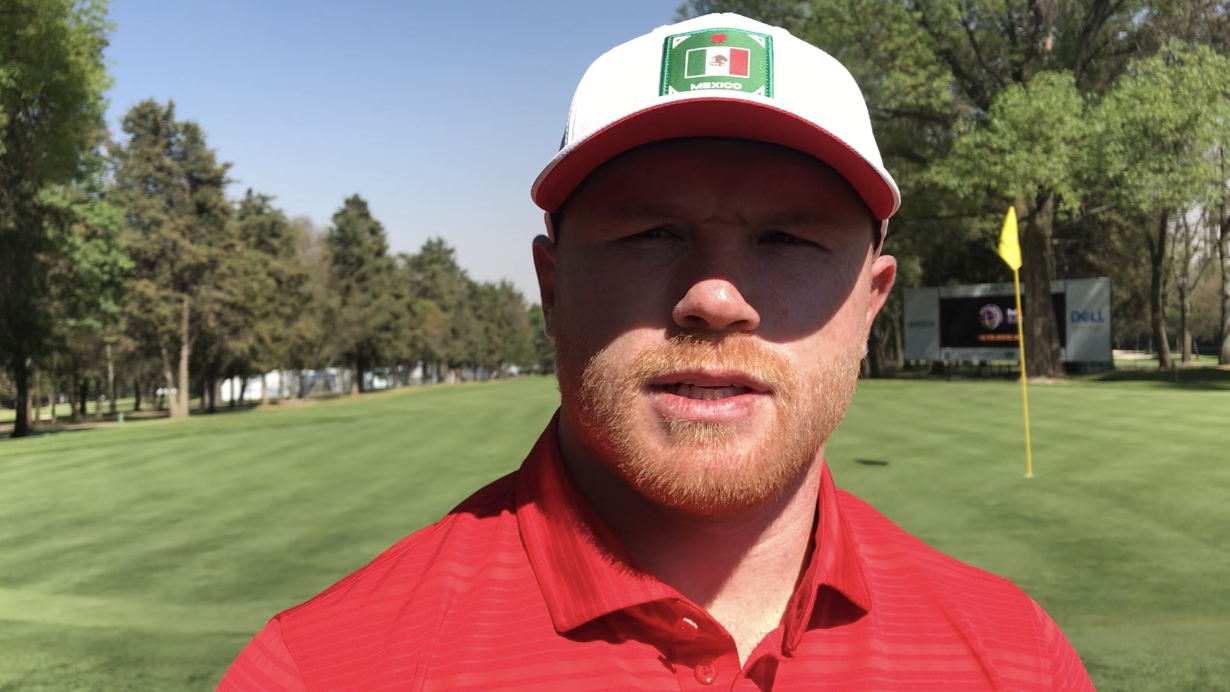 MEXICO – Saúl ‘Canelo’ Álvarez was blunt with his statements after he admitted that he finds it hard to find rivals because they ask for “the moon and the stars” to get in the ring with him. The Mexican boxer said that this is the main problem to agree his fights.

“Because they want a lot of money. When they go to fight with ‘Canelo’ they want the moon and the stars, that’s the complication, but there are many rivals and there has to be one out there. I’m ready for anyone, ”he said at the Chapultepec Golf Club in the framework of the World Golf Championships (WGC) -Mexico Championship.

In addition, he acknowledged that this year he could do three fights and the last one would be in Japan, since he has his sights set on Asian latitude to end 2020.

“A lot of possibility. I want to end the year fighting in Japan if God wants and that is the idea. ”

On his fight on May 2, ‘Canelo’ said that he will soon release the details, as he continues in the search for a rival, but that will undoubtedly be a good card. The middleweight champion of the World Boxing Organization (WBO) said he does not lose hope of coming to Mexico in the future and fighting his people.

“We’re on it. I fight on May 2 and we will announce the rival. There is not one defined yet. Maybe not this year, but the next. There are possibilities to return to Mexico. I am delighted to come to Mexico. It can be anywhere in Mexico. ”

Saúl ‘Canelo’ Álvarez was present at the WGC-Mexico Championship and played 18 practice holes with professional golfers Abraham Ancer and Carlos Ortiz, as well as Benjamín Salinas, CEO of Grupo Salinas and director of the tournament. Later, the Spanish golfer Sergio García joined. Everyone gave him tips to improve his game.

“It is a sport that requires a lot of concentration and doing things as they should be. That is very good for me and it takes me out of my training routine and that is productive. They gave me some tips on how to do the swing, grab the grip to improve my swing and take off the slide I have. It is a beautiful experience to be with golfers of this type and I took much more love for this sport, ”he concluded.