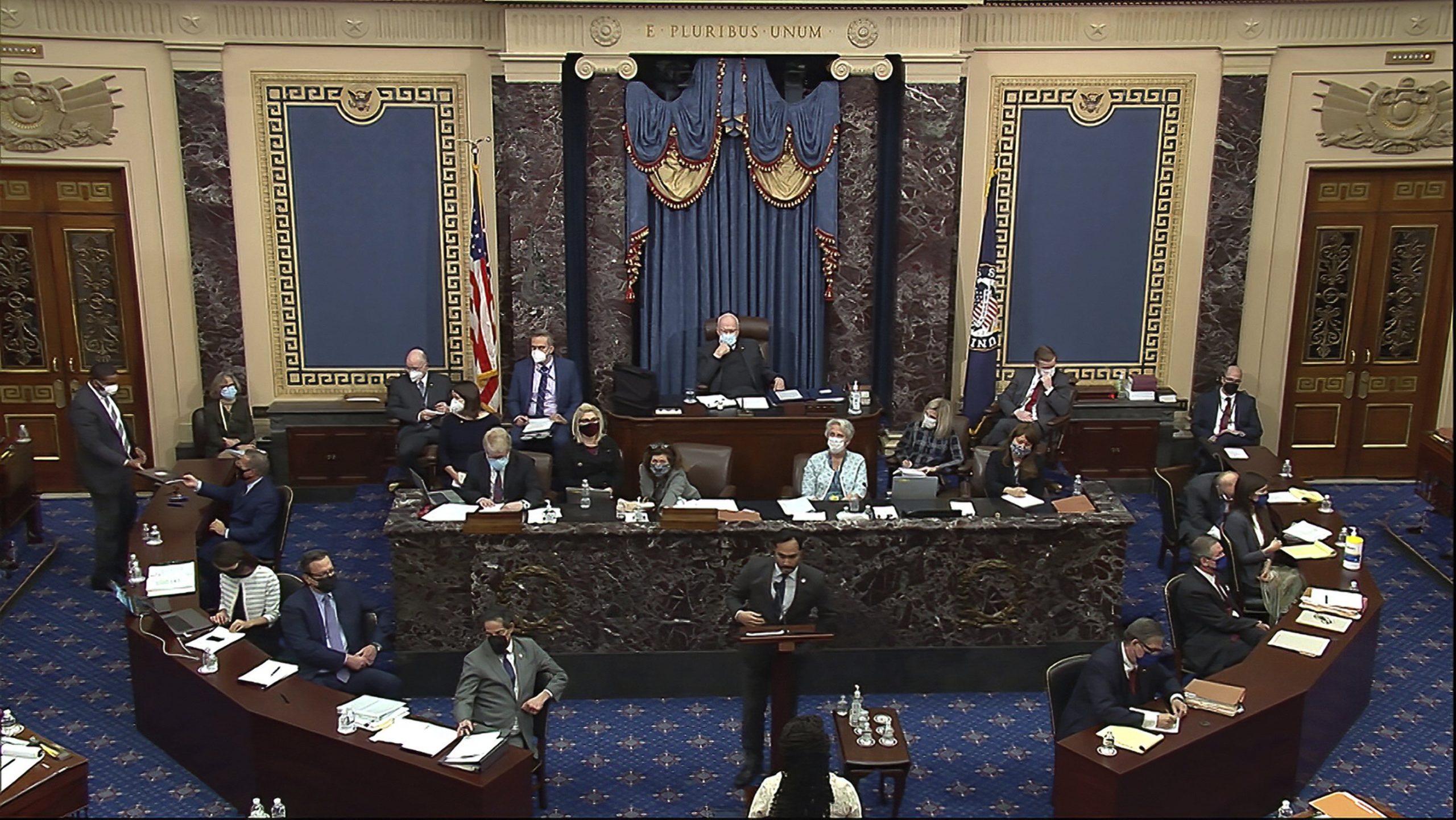 The images show scenes of how close the crowd of the nation’s leaders was, pacing the aisles amid “Hang Mike Pence” slogans, some of them in tactical gear. Members of extremist groups were among the first to enter the compound. Outside, the mob built makeshift gallows.

The video also shows the moment when police officers open fire on the crowd through a broken window, killing Ashli ​​Babbitt, a San Diego woman.

Pence, who chaired the session to certify Joe Biden’s electoral victory, can be seen being escorted to an office where he and his family took cover less than 100 feet (30 meters) from the invaders. Pelosi was evacuated from the complex, while her staff took refuge behind closed doors in their offices.

The police, overwhelmed by the crowd, frantically announce that they have “lost the line” and urge the officers to safety. One officer is seen being crushed by the mob, and prosecutors say another suffered a heart attack. One of them later died.

Although most of the senators have clearly already decided whether to acquit or convict the former president, they were shocked by the video and audio recordings of the protesters taking over the same precinct where the impeachment is taking place. Screams from the recordings flooded the chamber.

“They did it because Donald Trump sent them on this mission,” said Stacey Plaskett, a member of the House of Representatives team of prosecutors.

“President Trump put a target on your back, and this mob stormed the Capitol to hunt you down.”

The surprising presentation opened the first full day of arguments at the trial, in which prosecutors claimed that Trump was not an “innocent witness” but the “chief provocateur” of the deadly assault on Capitol Hill, a president who spent months spreading his lies. elections and forming a mob of supporters ready to heed his call to stop Biden’s triumph.

Democratic representatives showed a wealth of evidence from the former president himself: hundreds of tweets and comments from Trump that culminated in his January 6 battle cry to go to the Capitol and “fight it all” to reverse his defeat. Subsequently, Trump did nothing to stop the violence and looked “fascinated,” prosecutors said, while the mob looted the compound. Five people died during the incident.

On Wednesday, senators first saw detailed security video of the raid and heard desperate requests for help from Capitol Police.

“To us, it may have felt like chaos and madness, but there was a reason for that madness that day,” said Rep. Jamie Raskin, the chief prosecutor, who singled out Trump as the instigator.

“And when this mob stormed the Senate and attacked the House of Representatives and attacked law enforcement officers, he watched on television as if it were a reality show. I was delighted with it. “