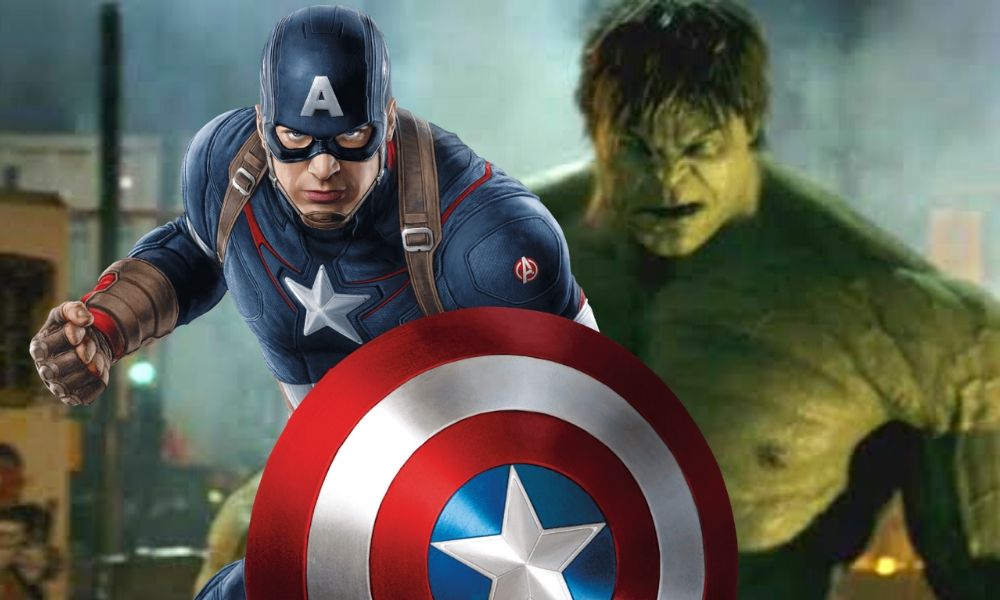 If there is something that fans of superhero movies enjoy most, they are the cameos that make some superheroes within the films of their peers, not for nothing Avengers and Spider-Man are located within the blockbuster Marvel movies, that's why It is a surprise to discover that Captain America was going to appear in 'The Incredible Hulk'.

These little crossovers, have the power to take the audience to movie theaters, proof of it is the appearance that Hulk's character had in 'Thor: Ragnarok', in which he managed to become one of the main characters of the film , even dulling the God of thunder in some sequences.

'The Incredible Hulk', arrived months after he made his debut 'Iron Man', in cinematic theaters, tape with which the Marvel Cinematic Universe (MCU) was inaugurated, so at the end of this, it was given Understand that Hulk would be recruited for the Avengers initiative.

In fact, during the film reference is made to Stark Industries, and Captain America, since in a scene between General Ross and Emil Blonsky (The Abomination), they talk about a super soldier program, which was disappeared, at the same time it is shown that in the cryogenic camera Stark, there is a version of the serum of the super soldier, which was used in Steve Rogers.

After this reference, the appearance of Captain America would come, since, in one scene, Bruce Banner travels to the Arctic circle with the intention of taking his life, this after discovering that it is impossible to heal from his condition, once there, before from shooting himself to commit suicide he transforms into the Hulk, causing the collapse of a large ice structure, which reveals in a quick sequence, the body and shield of the frozen Captain America.

Unfortunately, the scene was cut in the edition, because it was considered that it was too dark to show in a Hulk film, so the Captain America cameo was also eliminated.

In this way, Captain America was going to appear in 'The Incredible Hulk', but since he did not appear in the film, his past could be approached in another way, and he was no longer conditioned to this cameo, since in his solo film It was revealed that this was frozen inside the Red Skull plane.