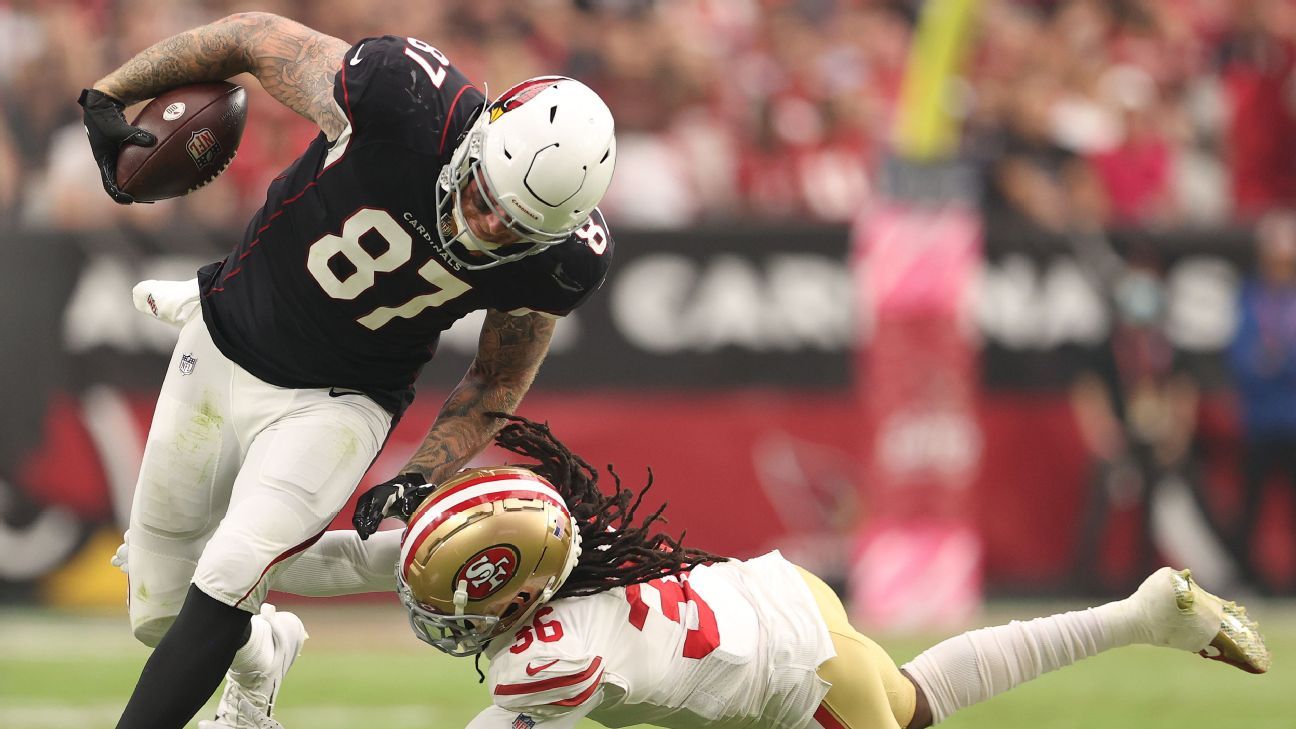 TEMPE – Arizona Cardinals tight end Maxx Williams, who injured his knee Sunday against the San Francisco 49ers, was placed on injured reserve Wednesday and is “out of season,” according to coach Kliff Kingsbury. in chief.

Kingsbury did not reveal what Williams’ exact injury was, and his response was “I don’t want to go into that right now.”

Williams finishes the season with 193 yards and a touchdown on 16 receptions, putting him on track to set personal records in all three categories.

Kingsbury also said Rodney Hudson will not play the Cleveland Browns on Sunday and will be considered on a week-to-week basis. He was included in the injury report with a rib and shoulder injury.

The coach also doesn’t expect linebacker Chandler Jones to play Sunday. Jones entered the reserve / COVID-19 list on Tuesday after testing positive for the coronavirus and has had symptoms, according to Kingsbury.

Jones must give two negative tests 24 hours apart and remain asymptomatic for 48 hours in order to rejoin the team.