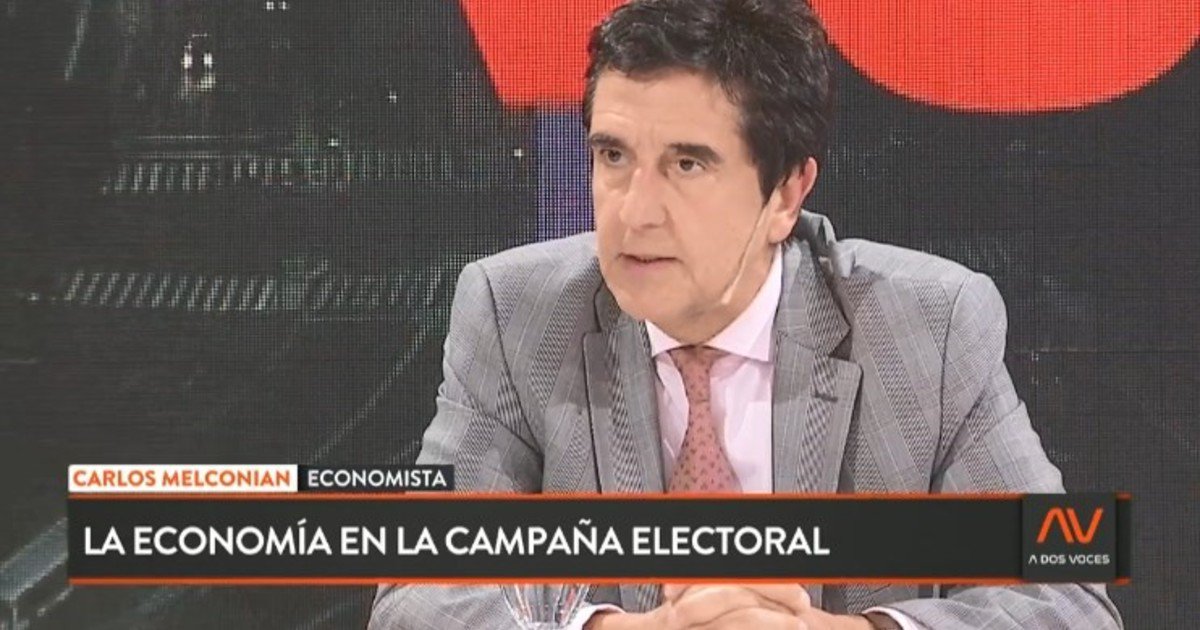 "The time of free and floating exchange does not go more". He said it is the economist Carlos Melconian, who analyzed the current economic situation in the country and explained, among other things, how he thinks the possible change of government will be from December.

The former president of the Bank of the Nation Argentina referred to the statement of the head of the Central, Guido Sandleris, who said that the country has reservations until December 10. In this regard, Melconian said: "It is not a good definition but we are with exchange control. The free and floating exchange rate is used in the modern and stable world but in Argentina we are not for that much less with the fiscal deficit, the increase of tariffs and dollarization of the economy. "

"The incoming government has to define whether it continues with exchange control or goes to a foreign exchange market that raises control, but basically it is a double or triple segmented market," Melconian said in a dialogue with "Two voices."

On the other hand, Melconian considered that there is no economic program that can resolve the situation in which the country is: "This is solved by politics, there is no way to resolve it with an economic program. Consensus and agreements are needed to generate a change. There is no other way to resolve the economic situation, "he said and said that the current president did not reach that consensus:" Macri did not achieve political agreements necessary to control the economy. "

"I am not from the crack, nor weather vane, nor pancake," said Melconian, who, when asked if he had met Alberto Fernández, replied: "He did not ask me for any economic plan. The reality is that I have known him since 2005 and we talk, but we have done it before I was a candidate for president. After other things are said or people think otherwise I don't take charge. "

Looking ahead, he launched that "the next president receives conditions similar to those of Menem" and that it will be important to know "what Argentina's financing is going to do and the new agreement with the IMF that is not a minor issue because he is already we owe 45 billion dollars. "

He stressed the need for "a minister of Economy because the good historical periods of Argentina were when there was a minister who coordinated everything, badly called super minister." And he pointed out that "Cabinet conformation has not worked and there was no correct diagnosis or economic policy."

On the tariff issue, the economist warned that Macri "has its own backwardness" because he does not want to make further increases in the election year and warned that "Fernandez is going to inherit it." In the case of a victory, he said that the candidate of Frente de Todos "is going to have to appear before the Argentine society to show the whole situation that Macri did not do".