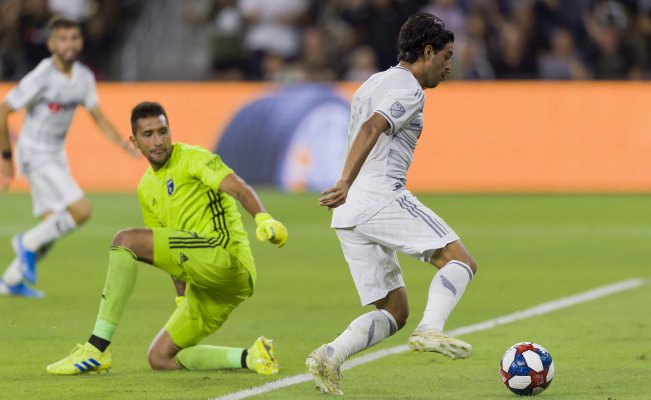 Carlos Vela's season with Los Angeles FC has been exceptional. At the end of the regular phase of the tournament, MLS presented the candidates for the Best Goal of the Year and among the nominees is a goal that scored for San José Earthquakes.

In that game, the Mexican scored twice, however, the last one was the one that entered among the best of the season. The play began at the boundaries of the area, where he received the ball, ran towards the rival goal with four opponents, including the goalkeeper, to score and receive a standing ovation.

Carlos Vela's score will compete with 15 other goals, where players like Zlatan Ibrahimovic, Wayne Rooney, or strikers who played in the MX League like Gustavo Bou and Raúl Ruidíaz could not miss.

The vote to choose the best of the MLS season will end on October 22, three days after the start of the Playoffs.