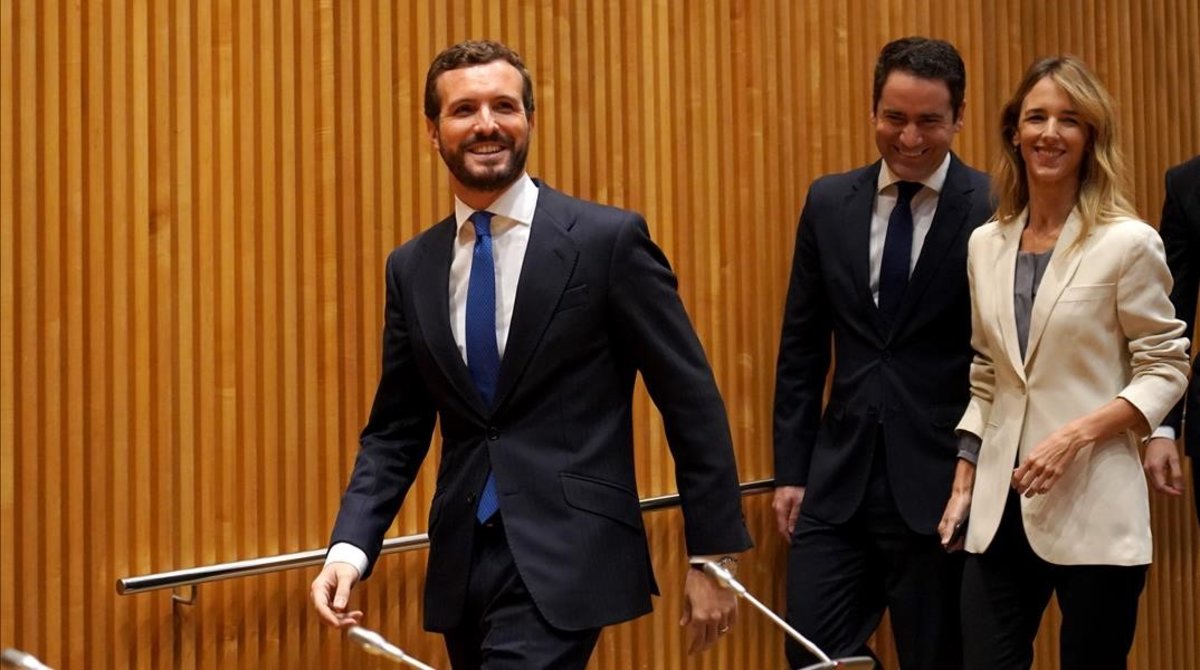 Pablo Casado delivered a speech in Congress this Monday with very strong statements against Pedro Sánchez for his decision to try to agree his investiture with the 'yes' of Podemos and the abstention of ERC. The leader of the PP made it clear that he does not consider facilitating the re-election of the socialist leader and that he is prepared to make an opposition similar to that of Mariano Rajoy in 2004, when the then head of the opposition faced José Luis Rodríguez Zapatero in the street , in Congress and in the courts for their initiatives in social matters (such as changes in abortion law) and politics (the dialogue with ETA to achieve their dissolution).

Casado believes that Sanchez, like Zapatero, stressed, defends "a destructive project that has deep roots in the most banal tradition of Spanish socialism." "We are not going to make Sánchez a president nor will anyone change the system for the braves with the excuse that we do not make him president," he warned, denying any change in the Constitution. In an address before his deputies and senators a day before the Courts were constituted, the leader of the popular returned to his tone before summer and came to say that Sanchez uses the independence challenge to his advantage, for that project of " institutional deconstruction "attributed to it. "Catalonia is now used as an alibi for a regime change," he said.

Rajoy's successor believes that Sánchez presses the PP "under the threat of blowing up the system", accuses him of "disappearing" the PP as an alternative, something Casado believes would happen if he helped the leader of the PSOE to continue in the Moncloa . In fact, he sets the example of Germany where, after decades of great coalition between the conservative CDU and the Social Democrats of the SPD, the Radicals of Alternative for Germany have managed to gain ground. The comparison with Vox does not explicitly, but the message comes clear.

The president of the PP showed his willingness to close once and for all the open debate in his own ranks on the possibility of facilitating the investiture to Sánchez to prevent ERC from having influence in the Government. They have asked the president of the Xunta, Alberto Núñez Feijóo; former president José María Aznar; its acting spokesman in Congress, Cayetana Álvarez de Toledo, and, this same Monday, Esperanza Aguirre. The former president of Madrid revealed in an act at the headquarters of the Government of the capital that she has commented privately to Casado. Its concrete formula is that the PP lend to the PSOE 56 votes so that Sanchez (who has 120) could leave invested and govern alone, without the "Bolivarian populists" in the Executive, he added.