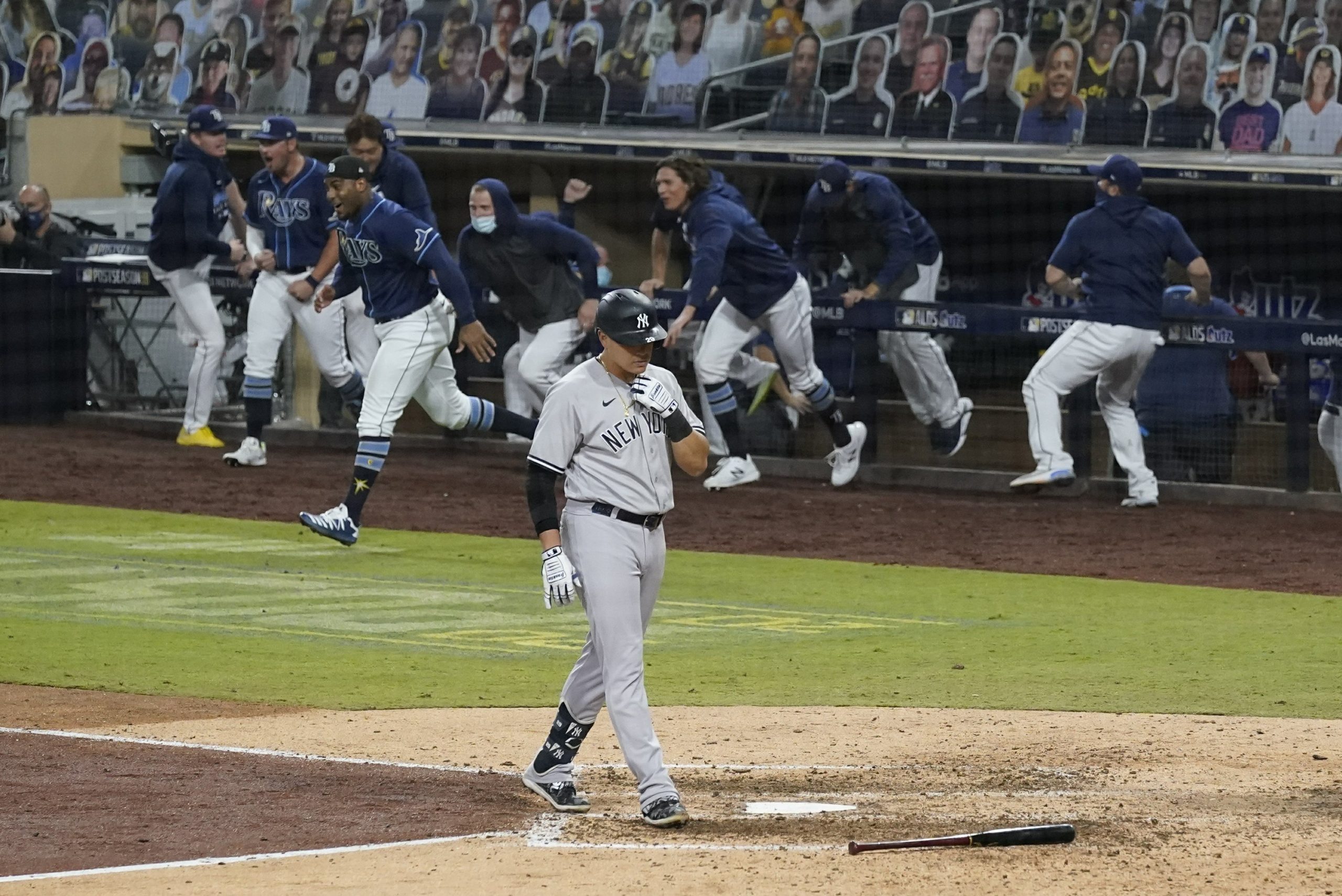 NEW YORK (AP) – There aren’t as many problems to correct with the New York Yankees, at least in the opinion of manager Aaron Boone and general manager Brian Cashman.

Although still hurt by the elimination against Tampa Bay in an American League division series that required five games to settle, the Yankees’ leaders do not seem to anticipate big changes for 2021.

The job of Dominican catcher Gary Sánchez would be at risk after a disappointing season for the third consecutive year. But Gleyber Torres looks tough as a shortstop despite some defensive fragility. It would seek to improve the rotation of starters.

“We’re constantly going to try to improve here, and there will have to be roster adjustments as a result, but I also think it’s important to just highlight how close we are to being the best,” Boone said Wednesday. “I understand the frustrations of the fans, but I think if we really look at this, the difference between us and the team that is going to win the World Series this year was very small.”

For the second year in a row, injuries plagued New York. But in the playoffs, the majority of the squad was healthy.

The Yankees finished second in the AL East, going 33-27, seven games behind Tampa Bay. They made the most mistakes in the majors, at 48, and had their worst fielding percentage since 1973.

However, they swept Cleveland in the first round before being eliminated by the Rays. New York hasn’t made the World Series since 2009, when it won it.

“At the end of the day, we came across a team that was better,” Cashman explained. “They showed in a 60-game marathon that they were better, and they also proved it in the sprint race that was the divisional series.”

During his season-ending press conference, Cashman said first baseman Luke Voit was evaluated by Dr. Martin O’Malley of the Hospital for Special Surgery. An injection of plasma was given to help heal his plantar fasciitis in one foot.

Voit, the major league home run leader with 22 four-corner clubs, will need to wear an orthopedic boot for a week.

Colombian third baseman Gio Urshela did not require surgery to correct a bone spur in his right elbow. Dominican right-hander Luis Severino, who underwent Tommy John surgery on February 27, is in his third week of a pitching program and could return to the majors in June or July.

—AA batting champion DJ LeMahieu may be a free agent along with pitchers Masahiro Tanaka and James Paxton.

—The Yankees have an option to renew reliever Zack Britton’s deal (13 million for 2021 and 14 million for 2022 to be exercised together, linked to a player’s 13 million alternative if the club rejects the first option).

—They also have options to renew with pitcher JA Happ (17 million) and with Brett Gardner (10 million).

—Giancarlo Stanton, considered a designated hitter by the Yankees after another injury-ridden season, would continue to serve the remainder of his contract for seven guaranteed seasons and $ 218 million, rather than seeking a termination.

As for Sanchez, he was benched for five games against the Rays, and replaced by Kyle Higashioka. Cashman declined to say whether the Dominican, who hit just .147 during the season shortened by the pandemic, will remain with the team.

Although he has improved defensively, he hardly meets the team’s desirable standards.

“We have to determine if this was a product of unique circumstances or if it reflects more of what can be expected going forward,” Cashman said. And there could well be a change. There could be a competition or someone else. I don’t know, because we haven’t had those conversations. But I know Gary’s great abilities ”.

Torres made nine mistakes during his first season as Didi Gregorius’ full-time successor at shortstop. He fell a miss from the highest number in the majors.

“I think that as for Gleyber, he is becoming excellent in his routine. Ultimately, that’s what distinguishes really good shortstop from average or below average, ”Cashman said.