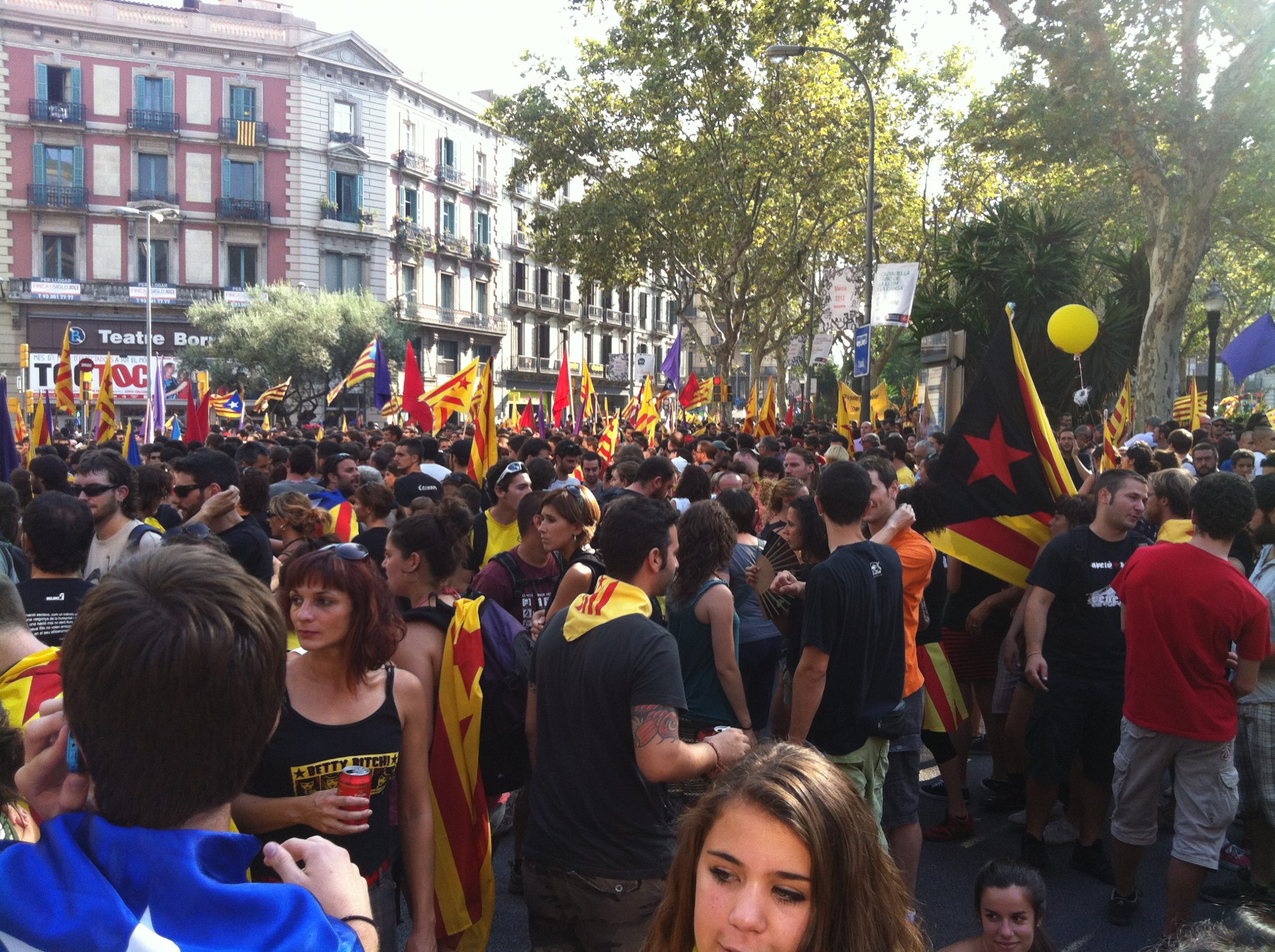 BARCELONA (AP) — Thousands of Catalans took to the streets of Barcelona on Saturday to protest a court decision that ordered 25% of all classes in schools to be taught in Spanish, reducing the predominant use of Catalan in classrooms.

The protesters allege that such a decision threatens their education system, which has helped return Catalan to common employment after being suppressed during Francisco Franco’s dictatorship.

“It is not appropriate for a democracy for a court to invalidate an educational system that is supported by society and its Parliament,” Òscar Escuder, president of Platform for Language, a grassroots group that promotes the use of Catalan and that participated in the march. “According to our polls, 82% of Catalans support” the current system, he added.

The renewed defense of the Catalan language could galvanize the separatist movement in the region, which has been struggling to maintain its unity. Several marchers carried pro-independence flags and the leaders of the movement participated in the protest.

However, families who want their children to receive more instruction in Spanish say the current system violates their rights to study the country’s common language.

The march came less than a month after Spain’s Supreme Court upheld a 2020 decision by a lower court in Catalonia that ruled in favor of a lawsuit brought by the previous conservative government against Catalonia’s education department.

The high court rejected an appeal by the Catalan government against a previous ruling that 25% of academic subjects must be taught in Spanish. That would be equivalent to doubling the hours that Catalan students learn in Spanish. Currently, most schools only use Spanish in Spanish language classes, with everything else taught in Catalan.

The increase seems slight, but for many Catalans it is a sacrilege.

The decision of a court “is the entrance of the death of the language, the language is the basis of our society of our way of being. Spanish is not in danger”, he affirmed.

Now another institutional confrontation is looming between the central authorities and the Catalan regional government, led by the secessionists who threaten not to comply with the demand to increase Spanish in schools.

The Assembly for a Bilingual School in Catalonia, a grassroots group representing Catalans who want more Spanish in schools, says 100 families have sued the courts and many more back them.

The use of languages ​​in schools in Catalonia has become the center of a heated national debate, after a family said they had been insulted and felt threatened after asking their son’s public school in Canet de Mar, to north of Barcelona, ​​will increase the hours of classes in Spanish, as ordered by the courts.

“We are not against Catalan, we love it, and we enjoy the great wealth it brings to us as individuals and as a society. But we are bilingual, and we also love Spanish,” the family said in an open letter written in Spanish and Catalan.