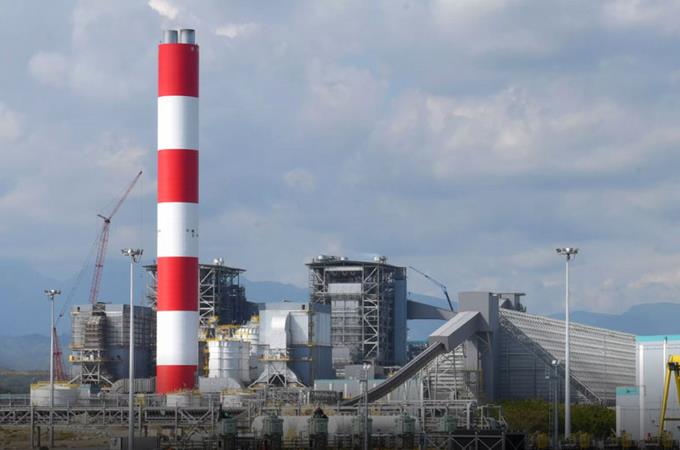 The Dominican Government has in the advanced phase, under the leadership of the Ministry of Finance, a project for the constitution of the company Central Termoeléctrica Punta Catalina SA, in which the Dominican Corporation of State Electric Companies (CDEEE) and the Patrimonial Fund of Reformed Companies (Fonper), as known from reliable sources.

As a result of the progress of these efforts to institute this form of society, the CDEEE and the Fonper have agreed to hold an extraordinary general assembly in each electricity distribution company to, among other actions, “authorize the total or partial transfer of rights , works, benefits and / or obligations contained in the 'Contract of Engineering, Procurement and Construction-Contract of EPC No.101 / 14' ”/.

The assemblies, which are elementary events of the preparatory ones for the formal constitution of the company Central Termoeléctrica Punta Catalina SA, are scheduled for Wednesday, December 4 of this year, that is, 13 days in time for those events, from today, thursday.

The communication with the content of these preparations is dated October 14, and was sent by the Minister of Finance, Donald Guerrero Ortiz, to Rubén Jiménez Bichara, Executive Vice President of the CDEEE; Jaime Aristy Escuder, general administrator of the Punta Catalina Thermoelectric Power Plant project, and Fernando Rosa, president of the Fonper.

They are informed of “the continuity of the constitution process of the Punta Catalina Central Thermoelectric Trading Company”, attaching the draft of the bylaws received from the CDEEE, in May of this year, “with the modifications suggested by the Legal Consultant of the Executive Power ”, Flavio Darío Espinal.

The finance minister also explains to these executives "the shareholding composition and assets and liabilities that should be assigned to the new company …".

“According to the existing records in the government accounting systems,” says Guerrero, “as of October 5, 2019, payments have been disbursed or there are requests for payments in progress in the amount of Two Thousand Three Hundred Seventy Two Million Nineteen Seventeen Thousand Five Hundred Thirty-Six Dollars of the United States of America with 05/100 (US $ 2,372,917,536.05), as instructed by the CDEEE, and for investment in the CTPC project and / or credited to the CDEEE accounts for subsequent payment to said draft".

When the corresponding accounting record is made, explains the Minister of Finance, "the nominal value of the assets of the new commercial company may not be less than that amount."

Donald Guerrero states in the document that in the amount of US $ 2,372,917,536.05 disbursed or in requests for payment, US $ 622 million must be registered "as capital contributions of the institutions that will participate as shareholders in the new commercial company."

“As owner of Punta Catalina Thermoelectric Power Plant, via CDEEE and Fonper, the Dominican State expects to receive a reasonable annual return for its shareholding” in this company.

The rest of the resources allocated to the project, equivalent to US $ 1,750, 917,536.0.05, “must be registered in the commercial company CTPC, SA, in the form of an account payable from said company to the Dominican State, through the Ministry of Finance "

According to the official document, “this debt will generate an annual interest of 9.7165% on the outstanding balance and will be amortized in 360 monthly and equal installments, beginning on January 20, 2020, date from which the installments will expire on days 20 of each month until the completion of the commitments ”.

Based on these financial conditions, the Minister of Finance notes that the annual debt service will be US $ 180 million, corresponding to monthly principal payments and interest of US $ 15 million.

In the climax.
In the communication of the minister Donald Guerrero Ortiz, addressed to Rubén Bichara, Jaime Aristy Escuder and Fernando Rosa, he records, at the end of his notes, that “any other future contribution that the Dominican State could make to complete the construction of the aforementioned project, will be registered as additional actions in the name of the CDEEE in CTPC, SA ”