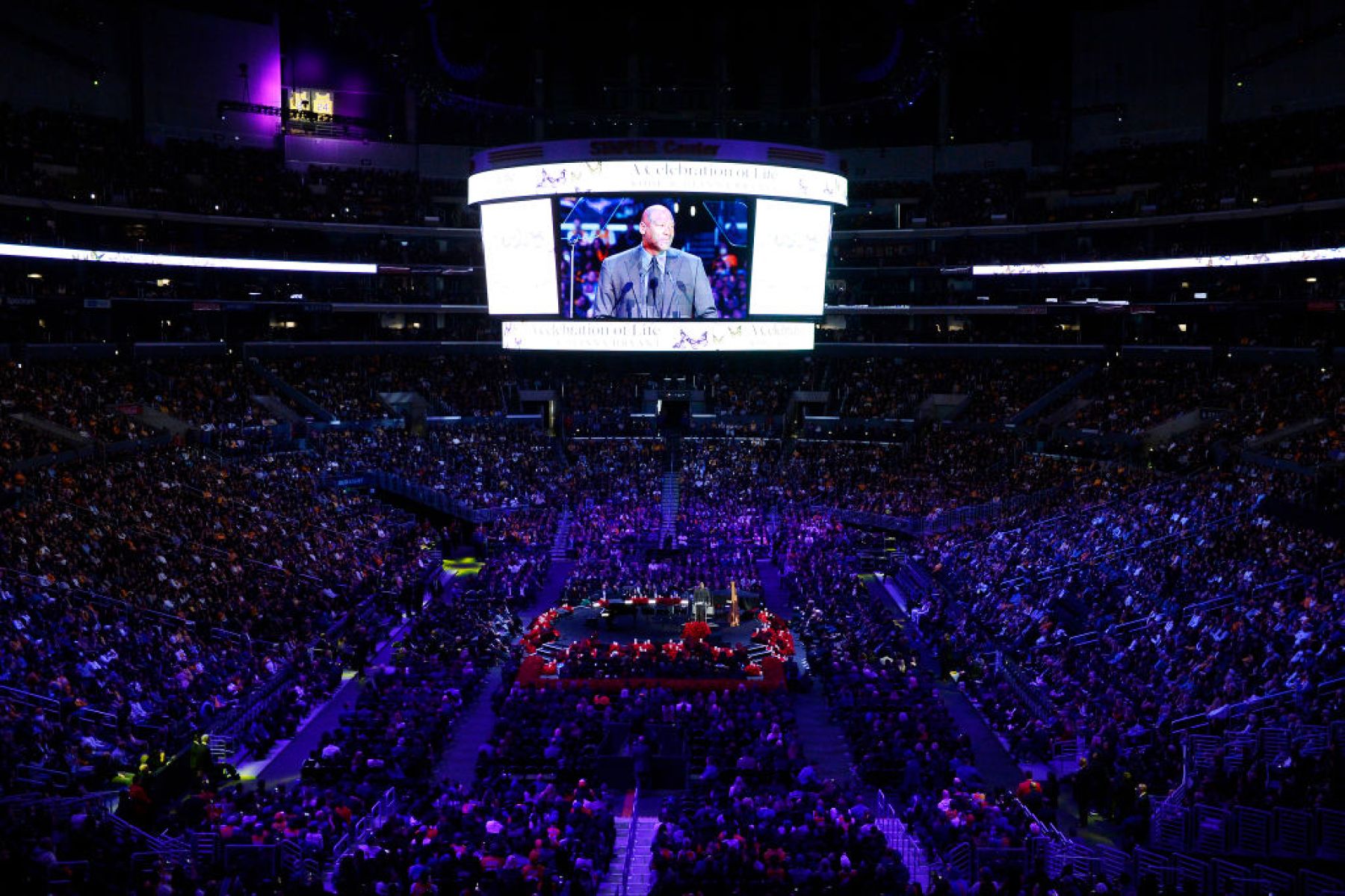 Bryant died on January 26 in a helicopter accident with his 13-year-old daughter and seven other people.

“When Kobe Bryant died a part of me died”: Michael Jordan summed up the sentiment of the 20,000 people, among celebrities, family, friends and fans of the late idol of the Lakers, gathered on Monday in a Emotional tribute in his honor in Los Angeles.

Bryant died on January 26 in a helicopter crash with his 13 year old daughter and seven other people. Since then, murals and improvised altars rose in the city waiting for this official ceremony, which takes place in the Staples Center, known as “the house that Kobe built” and where He won five NBA titles.

The date of February 24 (02/24) is also symbolic: 24 was the number Bryant wore during the second part of the race, Meanwhile he 2 accompanied his daughter Gianna, also basketball player, in his short career.

“God knows they couldn’t be on this Earth without each other,” said the widow of legendary Bryant, Vanessa, trying to control tears. “May both of you rest in peace and have fun in heaven … until we meet again one day.”

The ceremony, called “A celebration of the life of Kobe and Gianna Bryant“, he showed interviews and great moments of Bryant, as well as the animated short with which he won an Oscar in 2018 and family photos.

Beyonce was the first to go on stage to perform XO Y Halo.

The 20,000 people who attended the event had received their widow and three daughters, Natalia, Bianka and Capri, With a standing ovation

“It was my everything,” Vanessa Bryant said, remembering to have met the player when he was 17. “He was the most amazing husband.”

“Gigi was competitive like his daddy, but he had a sweet grace,” he added. “I’m sure she would have been the best player in the WNBA, it would have made a big difference.”