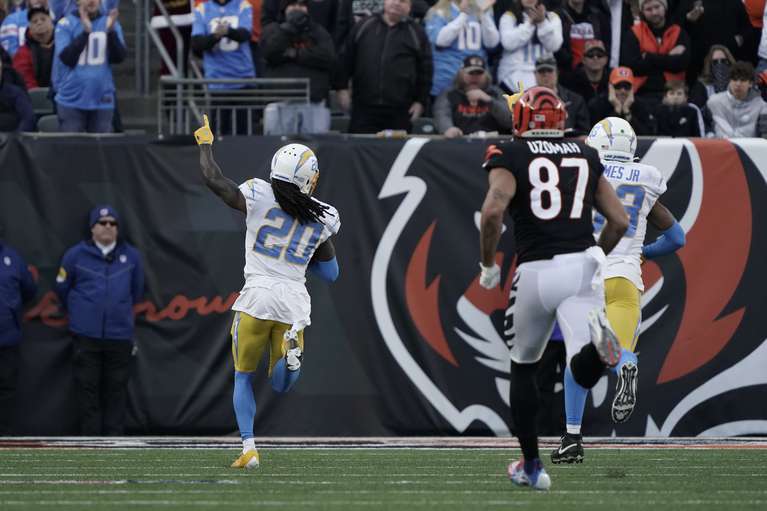 Cincinnati (7-5) had a fierce reaction after trailing 24-0 in the second quarter. A seven-yard touchdown by Mixon put the score 24-22 with 7:10 left in the third period. But Mixon himself couldn’t get into the end zone on the two-point conversion attempt, and Campbell was in charge of defining the game with the return of the fumble from the Bengals’ running back.

The Bengals gave up four of the seven turnovers in the game. Joe Burrow had two interceptions, hampered for much of the game by a finger injury; he also committed a fumble.

After Campbell’s touchdown, the Chargers forced a punt from Cincinnati and Herbert commanded a four-play offensive drive that culminated in a one-yard touchdown run by Austin Ekeler.

The Bengals still had time on the clock, but Burrow was intercepted in the end zone by Chris Harris Jr. with 8:07 to play. Cincinnati had the ball again, but Burrow fell short as he sought out Tee Higgins at fourth-and-five to advance.