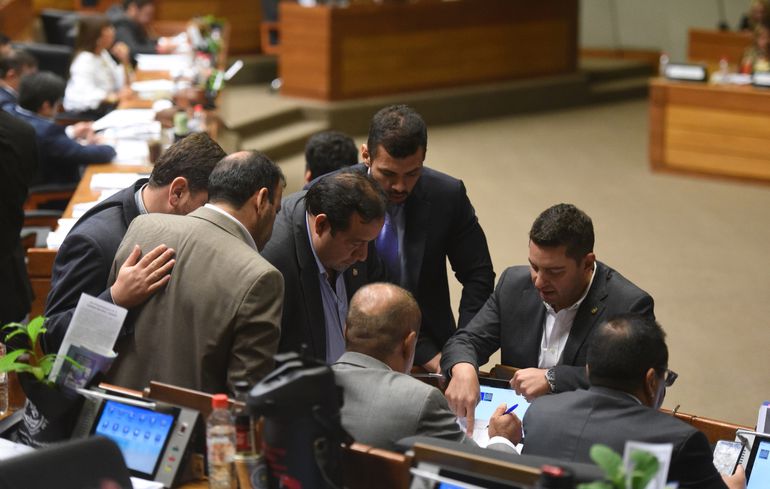 The president of the Chamber of Deputies, Pedro Alliana (ANR, Chartist), announced that on Monday he will meet in his party with the advisors to analyze and take an official position on the traceability projects of the political financing and sworn declarations of goods and income .

Alliana said that the position they take on the two bills on political financing and the affidavits will be communicated on Tuesday 14 at noon to the Colorado Honor bloc in Congress. Previously, at 09:00, the Permanent Commission of the National Congress will have its first ordinary meeting.

The cartismo bank brings together 22 deputies and with the 30 deputies of the opposition would have 52 votes, enough numbers to pass both bills. While the Abdismo, led by Deputy Arnaldo Samaniego is silent about the possibility of bringing together his block of 21 legislators.

The deputy Jorge Ávalos Mariño (PLRA) explained that it is not necessary for the full committee to approve the request since with the 20 signatures (a quarter of the members) the extraordinary session can be convened by the chairman of the Permanent Commission (the Chartist senator Arnaldo Franco or by the president of Congress the liberal senator Blas Llano) within a peremptory period of 48 hours, according to article 184 of the Magna Carta.

The deputies intend to present on Tuesday the request for an extraordinary session of Deputies so that on Thursday 16 the lower house will be convened and the two bills, which need to be modified, can be addressed.

The political finance traceability bill establishes more rigorous mechanisms for controlling money used in the campaign. While the bill of affidavits of property and income is intended to release the documents without there being a judicial decision in between.

The majority of the opposition deputies seek to prevent the bill for the modification of affidavits of goods and income enacted last August from coming into force on February 7, as it provides that only by court order can access the Documentation of public officials, including elected authorities. In the case of the traceability bill for political financing, the intention is that the bill can be given a half sanction before March 6 and that the Senate also convene an extraordinary one during the recess in order to ensure that the norm rule for the next municipal elections, scheduled for July 12 and November 8.