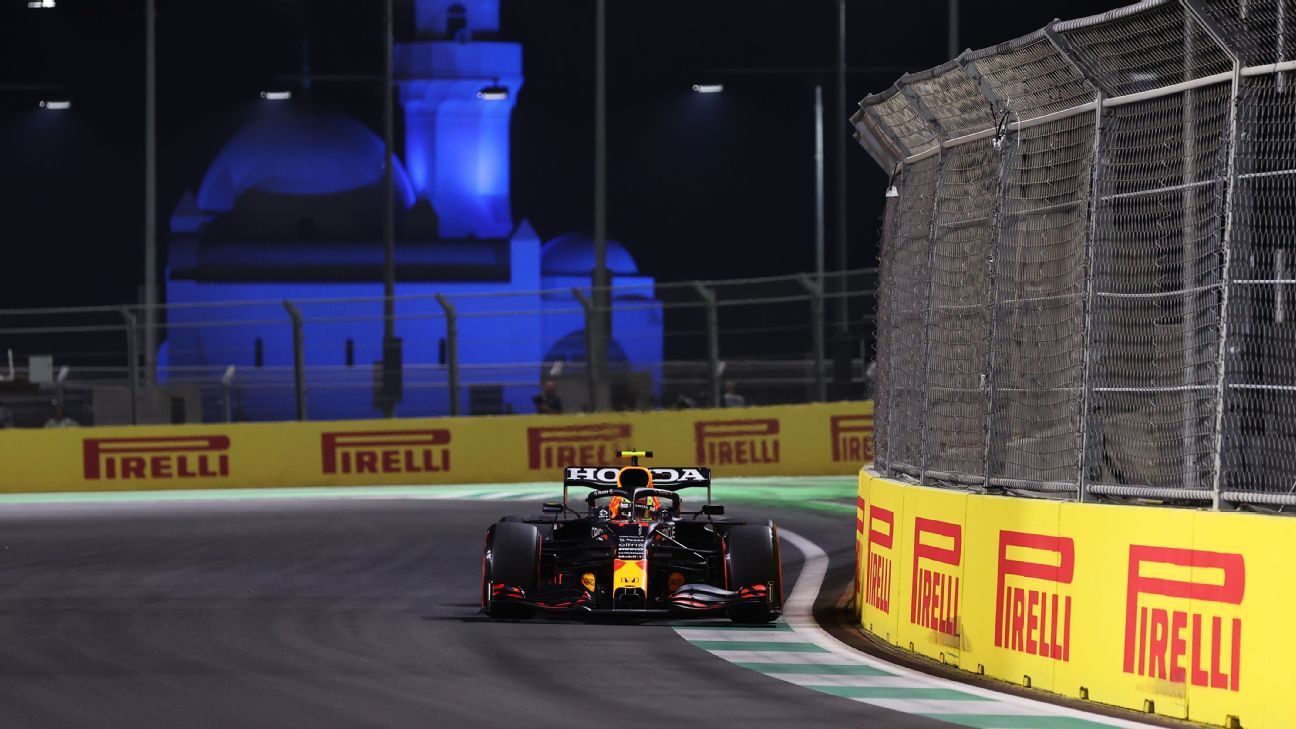 Checo Pérez will start fifth in the Saudi Arabian Grand Prix after posting a time of 1: 28.123, while Max Verstappen will start third, marking Red Bull’s first loss of the weekend by losing the front row. exit in front of Mercedes.

During Q1 and in the first round of Checo Pérez, the man from Guadalajara momentarily put himself in second position, behind Max Verstappen, who had obtained a 1: 29.039.

The Mexican improved again with only 1:50 to finish the session and set the best time of the first round with a 1: 28.021, taking a .036 advantage over Valtteri Bottas. Meanwhile, Daniel Ricciardo was third. Max Verstappen finished fifth and Lewis Hamilton in ninth place.

The Red Bulls did not take risks in Q2 and from the first minutes they registered their first times, having Verstappen in the first position and Checo Pérez second, but the difference between them was almost a second.

Checo Pérez stayed on the track and half time managed to warm up the tires to improve his time and climb from sixth to second with a 1: 28.175. Just .222 tenths below the top spot, Max Verstappen.

Red Bull dominated Q2 as Checo Pérez again tried another fast lap and improved Verstappen’s time. The one from Guadalajara achieved a time of 1: 27.946, seven thousandths faster than his partner. However, in the end the first place in the second session went to Hamilton, who achieved a time of 1: 27.712, Checo Pérez was second and Verstappen third.

For Q3 Red Bull was slow to hit the track, leaving Checo in third place on his first lap with a time of 1: 28.128, behind Lewis Hamilton and Max Verstappen, who was first in his first opportunity.

Checo was a regular on his second round launched and despite improving, he only rose from fifth to fourth with a 1: 28.123 and lagged behind Charles Leclerc, who became Arabia’s surprise guest. Lewis Hamilton will start in first place, Valtteri Bottas second and Max Verstappen third, after hitting the wall when he was about to finish the turn that would give him pole (he came with records in sectors one and two).