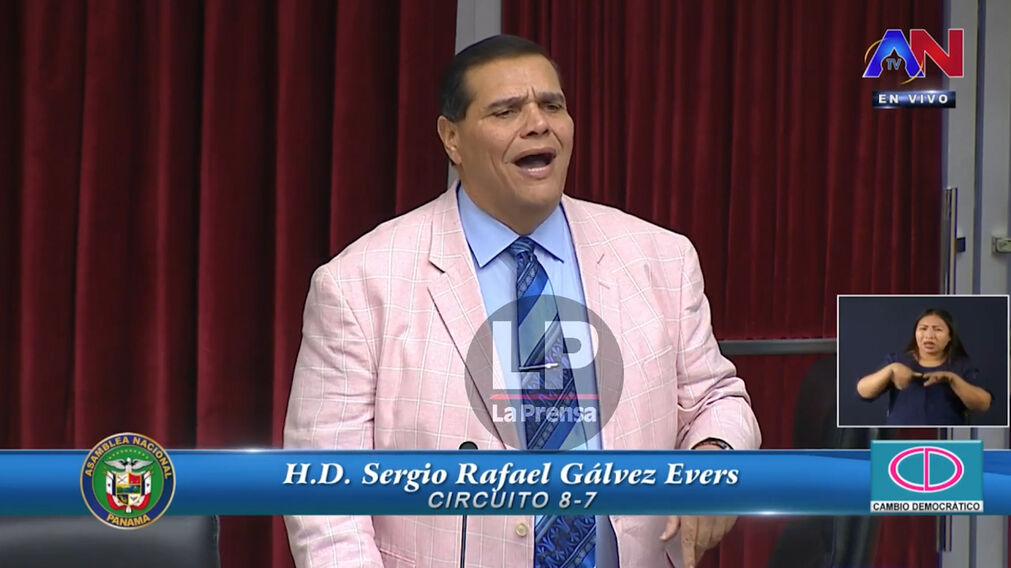 The deputy of Democratic Change Sergio Chello Gálvez rarely asks for the floor in the plenary session of the National Assembly. In the debates to modify some articles of the Political Constitution of the country, he was seen little. But, today, October 28, he took advantage of the period of incidents of the Legislature to speak.

He did it to attack educator and political analyst Edwin Cabrera.

He said he had no morals to question the political class of Panama, and mainly the Assembly, that he had "serious problems with alcohol," that he had been dismissed from Colegio De La Salle, and even accused him of "pedophile," and that "he was constantly questioned for his sexual deviations."

"I want to refer to a publication of the newspaper La Prensa in the Knockout column directed by the pseudo-journalist Flor Mizrachi, and that I had as an interviewee the politician and now independent dizque Edwin Cabrera. And I say the politician since this man first participated as a candidate for legislator for circuit 8-9, and years later as a candidate for vice mayor in the shortlist of the then candidate for mayor Marco Ameglio, who in both elections failed in his attempt to be elected politically, contrary to each of us who are in this hemicycle successfully "This Mr. Edwin Cabrera, in this interview and as is his custom, attacks the political class, against this state body including this deputy. I know Edwin Cabrera perfectly well and he knows it. This man does not have the height moral to speak in this country. To begin with, he has serious problems with alcohol consumption. He has been involved in traffic accidents of due to excessive consumption of alcoholic beverages. Not suitable for directing a radio program. The most delicate thing about this is the fact that Edwin Cabrera was dismissed as a professor at the prestigious Colegio De La Salle. And we should ask why this institution. Which some point to as pedophile. Additional is constantly questioned for their sexual deviations. And even more when it is accompanied by alcoholic beverages (…), "said the politician in the plenary of the Assembly, where anything he says will have no legal repercussion, as the deputies have a kind of jurisdiction that allows them to say what who want in the hemicycle, and cannot be sued.

The Knockout referred to by Galvez was published in the La Prensa edition of October 13. In that interview Cabrera said that "institutionality is falling apart, justice is useless … Many new faces with little experience and other old faces that generate stress."