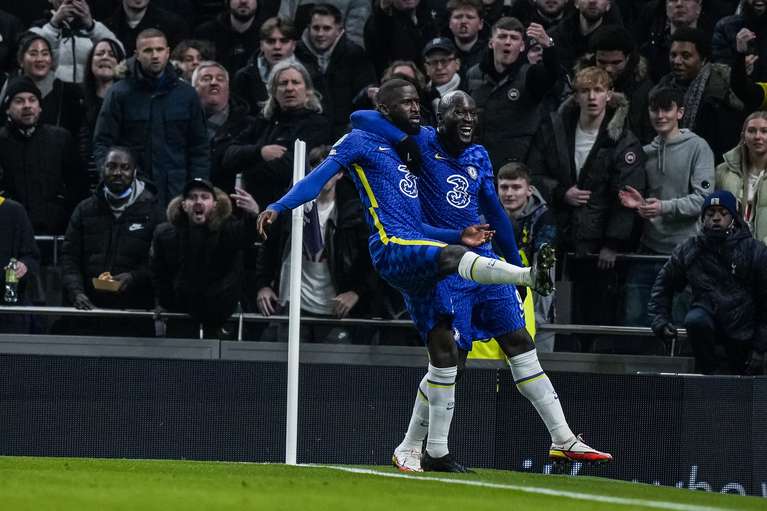 LONDON (AP) — Just as he did during his first season in charge, Thomas Tuchel will lead Chelsea to another final.

In fact, in less than a year, the strategist has achieved something unprecedented in the team: Advancing to each of the relevant finals possible for an English club.

An Antonio Rüdiger header gave the Blues a 1-0 win in the second leg of Wednesday’s League Cup semi-final. The team thus completed a 3-0 aggregate victory over Tottenham, their London rival.

In the next final on February 27, the team from west London will face Arsenal or Liverpool, who meet this Thursday in their first leg. Tuchel will seek to add a scepter to the European Champions League that he won in May with a more memorable day at Wembley.

Last year, the German strategist had lost in the FA Cup final.

“It is good that we are not afraid to say that we want to be finalists and win finals,” Tuchel stressed. “But we just can’t expect that we’ll win every title that’s available. Nor should we be arrogant.”

Chelsea’s display was again so prominent that it gave Tottenham little chance to create danger, save for a couple of suspected penalties and an apparent equalizer, which were correctly invalidated by VAR.

This must have bothered Antonio Conte, who began his tenure as Tottenham manager a couple of months ago with a squad that seemed to lack enough resources to aspire to what would be their first trophy since 2008, when they beat Chelsea themselves and won the Cup. of League.

Chelsea will contest their 15th final since then, including the FA Cup won by Conte in 2018, when he completed his two-year stay with the team.

“We enjoy playing for an ambitious club,” Tuchel said. “This is a gift. The club refines the mentality of the players”.

Despite the possibility of taking advantage of this competition to end the drought of titles, Tottenham did not resort to its best eleven possible. Conte would have privileged the North London derby, scheduled for Sunday against Arsenal, and the possibility of advancing to the first four places in the Premier League.

The captain and goalkeeper Hugo Lloris remained on the bench. Pierluigi Gollini appeared in his place for the first time since an embarrassing loss to Mura of Slovenia in November.

The Italian goalkeeper failed to punch away a Mason Mount corner. The ball ended up hitting the back of Rüdiger’s neck to go into the nets.