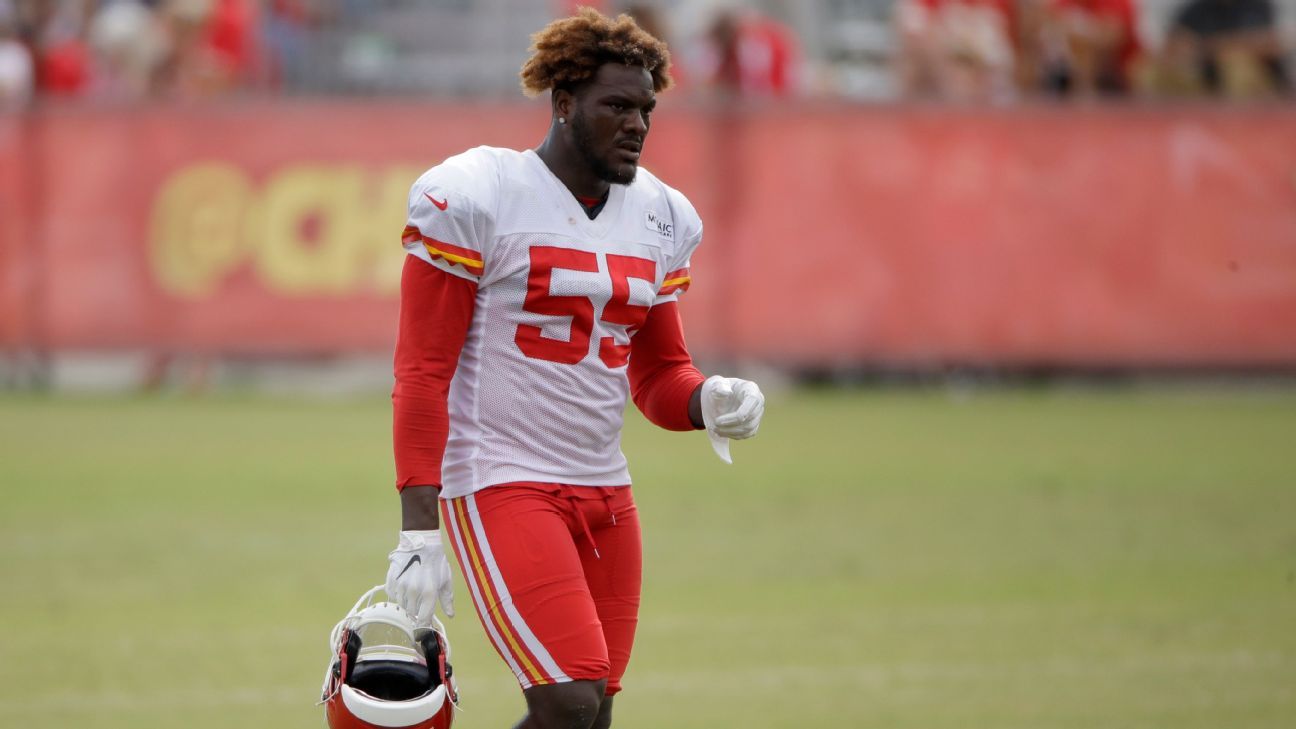 If convicted, Clark could face up to three years in prison.

Los Angeles prosecutors on Friday charged Kansas City Chiefs defensive end Frank Clark with a felony weapons violation stemming from his arrest on March 13 by the California Highway Patrol, according to a Kansas City report. Star.

The Los Angeles County district attorney’s office told The Star on Friday that Clark, 28, was charged with a felony possession of an assault weapon. Clark was arrested in March, along with another man, when officers said they found two loaded firearms in his vehicle after a traffic stop, the newspaper reported, citing records from the California Highway Patrol.

Clark was also arrested last month in Los Angeles in a separate incident in which police officers allegedly saw a submachine gun in his car, but that remains under investigation. Clark’s attorney, Alex Spiro, said at the time of his arrest on suspicion of having a concealed firearm in a vehicle that the weapon belonged to Clark’s bodyguard.

According to The Star, Clark will be arraigned on the charge stemming from the March arrest on July 14.

If convicted, Clark could face up to three years in prison.

A Los Angeles native, Clark played his first four NFL seasons with the Seattle Seahawks before being traded to Kansas City in 2019. He was part of the Chiefs’ Super Bowl-winning team in the 2019 season and has 49 sacks in 91 games. in his carrer. plus eight sacks in two postseason games with Kansas City. He has been named to the Pro Bowl twice since joining the Chiefs.

Clark was previously arrested in 2014 on suspicion of domestic violence for an incident at an Ohio hotel, leading to his removal from the University of Michigan team. He eventually pleaded guilty to a lesser charge of disorderly conduct.