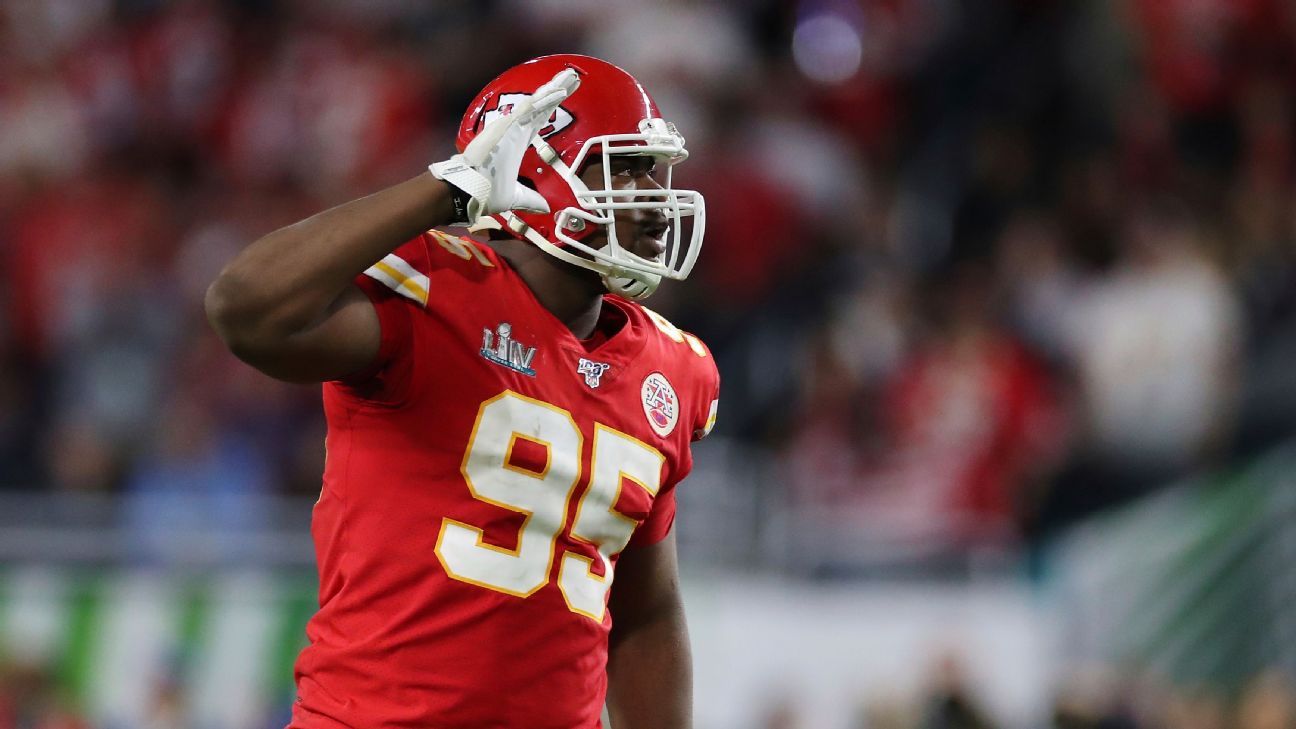 The Kansas City Chiefs plan to use their franchise player designation over Chris Jones in case they can’t reach a long-term deal with the stellar defensive lineman, a source told ESPN’s Adam Schefter.

The source said that Kansas City will continue to work towards a new contract with Jones, and would use the franchise player designation if necessary. The teams have until March 12 to use the tag.

General manager Brett Veach said this week in the Talent Combined that the Chiefs are open to using the designation of franchise player over Jones, but that the reigning Super Bowl champions would prefer a long-term deal with the defensive lineman of Pro Bowl.

“It is certainly a priority for us. Sometimes, these things take time to resolve,” Veach said. “The franchise player tag is something we have the ability to use. Certainly, we would like to see if we can solve something with it.

“The pair of Chris Jones and Frank Clark is something that any team would want, and we will work hard to achieve it.”

Jones did not participate in the Chiefs’ offseason practices in 2019 in hopes of receiving a contractual extension. It didn’t happen, and Jones reported to the training camp on time. He played the season of the final year of his contract that he signed in 2016 as a second-round recruit for the Chiefs, from Mississippi State.

Jones, who turns 26 in July, led the Chiefs in catches in each of the last two seasons.

He predicted in the training camp of 2018 that he would lead the league in catches, and although he did not, he was close. Jones’ 15.5 catches were the third largest total in the league, behind Aaron Donald and J.J. Watt.

Jones failed to capture in the Super Bowl LIV, but played a key role in the victory of the Chiefs. His pressure on the 49ers quarterback, Jimmy Garoppolo, forced an interception in the second period. Jones also shot down three of Garoppolo’s passes.

Information from Adam Teicher was used in the writing of this note.