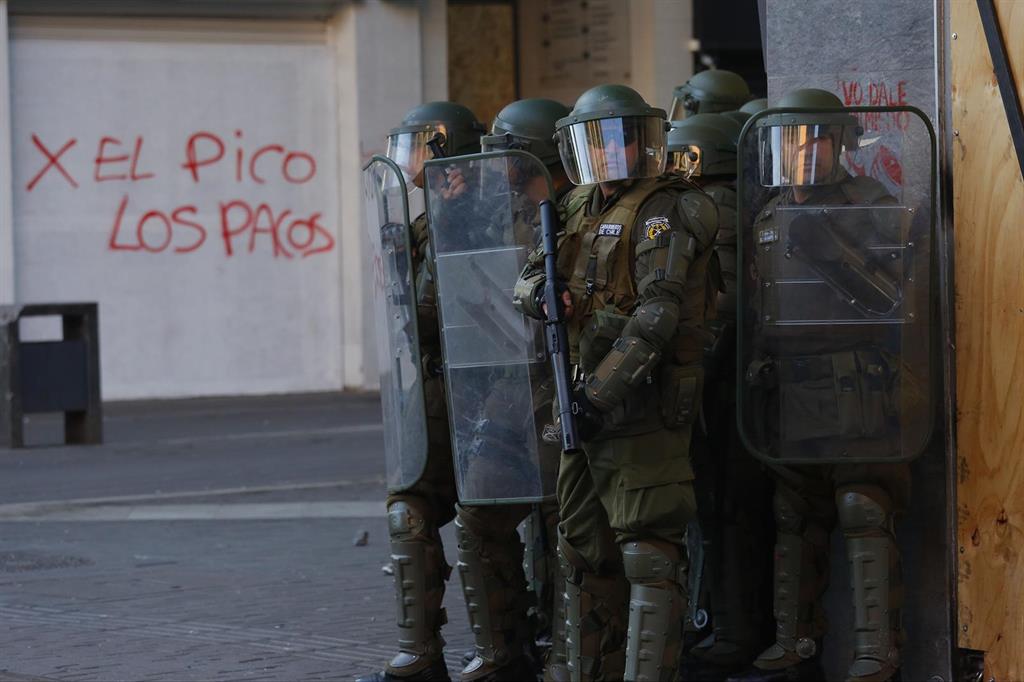 The Chilean Prosecutor's Office has opened an investigation against a police officer who used a young man as a human shield in the demonstration that took place on Wednesday in the city of Rancagua, in the context of the wave of protests against social inequality.

The fact was recorded in some images that the Chilean press has disseminated in recent hours. In them you can see how the carabinero, equipped with bulletproof vest and helmet, grabs the young man by the neck to use it as a shield while firing tear gas. "Let go!" Shouts the person who recorded the event.

The 17-year-old was arrested and released shortly after. According to Carabineros, he was throwing stones at the uniformed. "One of them falls in the helmet to an official and another in the body to another official," said the head of the prefecture of Cachapoal, Colonel Boris Morales.

"This official, who was alone, also sees that the mob is coming towards him and uses the shotgun throws gases to keep them at bay (…) He (the minor) is immobilized to take him to the unit" because "is within a process of "investigation, Morales said.

Carabineros has also initiated an administrative file against the agent. For its part, the Regional Prosecutor of O'Higgins has ordered to open a criminal case against the uniformed. The Ombudsman for Children and the National Institute of Human Rights had announced that they would take legal action to clarify what happened.

Protests in Chile broke out on October 17 against the fourth rise in the price of the subway in a few months and grew rapidly to denounce social inequality and raise the need to develop a new Constitution.

The president, Sebastián Piñera, who came to declare the state of emergency deploying to the Armed Forces, apologized for not hearing the clamor of the Chileans and proposed a "social agenda." To make it a reality, it has remodeled the Government and initiated a dialogue with the political parties, both opposition and official.

In these weeks, at least 19 people have died from clashes between protesters and security forces and over a thousand have been arrested. The National Institute of Human Rights has denounced torture and other abuses against people detained in the context of the protests.