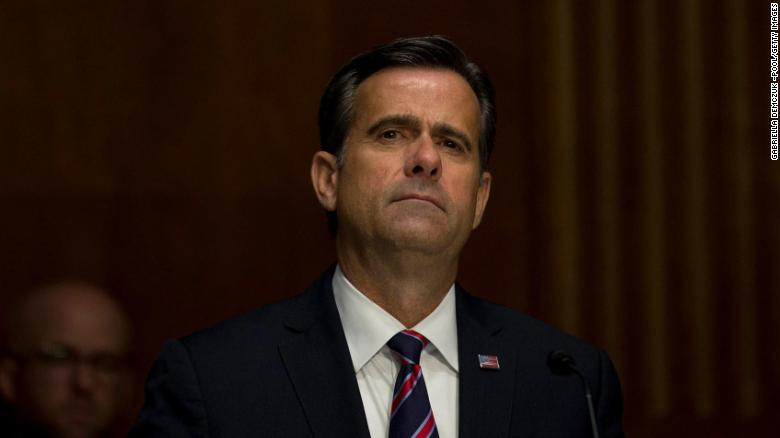 How will Biden respond to Chinese influence in Latin America? 1:15

National Intelligence Director John Ratcliffe said China is preparing for “a period of endless confrontation with the United States.” In addition, he called for bipartisan action to address what he considered “the greatest threat to the United States” and to “democracy in the world since World War II.”

Ratcliffe’s article is just the latest warning from senior administration officials about China’s intentions. Some have warned of possible military action in Asia and others pointed to unprecedented efforts to influence the incoming Joe Biden administration.

The op-ed comes as the Trump administration has taken several concrete measures against Beijing, including drastically limiting visas for members of the Chinese Communist Party and announcing new sanctions on Chinese companies.

The Trump administration also ordered China to close its consulate in Houston earlier this year, charging that Chinese diplomats at headquarters were intimidating US citizens and conducting espionage activities. Earlier this year, US Secretary of State Mike Pompeo defined the Chinese Communist Party as the “central threat of our time.”

Ratcliffe took a more urgent tone Thursday than in previous comments, underscoring the fact that he and other top national security officials in the Trump administration are trying to launch a warning about China in their final days in office.

“This generation will be judged on its response to China’s effort to reshape the world in its own image and replace the United States as the dominant superpower. The intelligence information is clear. Our response must be too, ”Ratcliffe wrote.

“Beijing is preparing for an open period of confrontation with the United States. Washington must also be prepared. Leaders must work beyond partisan divisions to understand the threat, speak out about it and take steps to address it, “he added.

A senior national security official told CNN that the op-ed is part of a broader effort on China by the entire administration before President-elect Biden is sworn in.

That effort is motivated, in part, by a desire to make it more difficult for the Biden administration to undo current policies, but also by the belief that these warnings about China will be proven true in the future, the official said.

Sources familiar with Biden’s foreign policy plans say the president-elect is well aware of the challenge Beijing presents, but believes that Trump’s approach, particularly taking action without consulting allies, has undermined the ultimate goal of competing with. China.

Senior Democrats in Congress have also urged members of Biden’s team, including Avril Haines, the person chosen to replace Ratcliffe as director of National Intelligence, to take a tough stance on China, but with a different approach than of the Trump administration.

“I urged the incoming Biden administration to be tough on China, but in a much smarter and more multilateral way than the Trump administration, so that American workers are not left behind and that the United States is a leader in critical industries like semiconductors, quantum computing and clean energy, ”Senate Democratic Minority Leader Chuck Schumer said earlier this week after meeting Avril Haines.

Biden has said there are areas in which the United States is interested in working with China, including climate change and North Korea, but his advisers stress that he will work closely with allies to present a united front on issues such as technology, including the situation with the Huawei company and 5G technology, the theft of intellectual property and the expansion of China into Asian waters and its movements to crush democracy in Hong Kong.

How Biden will deal with China remains to be seen, but recent warnings from outgoing Trump officials could increase pressure on him to prioritize holding Beijing accountable or at least complicate the calculation on certain issues.

For example, Ratcliffe argued Thursday that the time to convince allies to voluntarily join the US in presenting a united front on 5G may have passed and suggested that the situation required the Trump administration to take a more focused approach. energetic.

“China’s efforts to dominate 5G telecommunications will only increase Beijing’s opportunities to gather intelligence, disrupt communications and threaten the privacy of users around the world. I have personally told US allies that the use of such Chinese-owned technology will severely limit the United States’ ability to share vital intelligence with them, “he said.

“The world is presented with a choice between two totally incompatible ideologies. China’s leaders seek to subordinate the rights of the individual to the will of the Communist Party. They exercise government control over companies and subvert the privacy and freedom of their citizens with an authoritarian and vigilant state ”, he added.

Ratcliffe’s claim that China has become more aggressive in targeting US lawmakers while seeking to influence US policy from within could also hamper the Biden administration’s prospects for diplomatic cooperation with Beijing in other areas.

Specifically, Ratcliffe said Thursday that the Chinese government “participated in a campaign of massive influence that included targeting several dozen members of Congress and advisers to Congress” over the past year. He argued that Beijing’s efforts overshadowed those of other foreign adversaries and rivals, such as Russia.

While the precise details of this influence campaign remain highly classified, a senior national security official told CNN that the Chinese government used a variety of tactics, including attempted bribery and blackmail.

New administration in the sights

Meanwhile, the Chinese government has also been “redirecting” its lobbying efforts toward officials in the incoming Biden administration and those around them, US top counterintelligence official Bill Evanina said Wednesday.

Evanina, director of the US National Center for Security and Counterintelligence, called the efforts “superior diplomatic influence or on steroids” and said change was expected.

Growing tensions between Washington and Beijing

Other agencies within the Trump administration have also taken recent steps that will increase tensions between Washington and Beijing.

The State Department is imposing new restrictions on travel visas to the United States for members of the Chinese Communist Party, a department spokesman confirmed Thursday.

Under the new rules, travel visas for members of the Chinese Communist Party and their immediate family members will change from 10 years to one month and will be single entry.

The United States is also closely watching the rise of Chinese military activity in Taiwan, another potential flash point that could pose problems for the Biden administration if it continues to rise.

“We are watching very closely and would be prepared for anything, including a serious miscalculation by the People’s Republic of China,” a senior administration official told CNN. “We are definitely watching them.”

“Sooner or later they are ready to bring things to a boiling point in Taiwan as they did in Hong Kong and on the border with India. It is close, “added the official.

Biden and Vice President-Elect Kamala Harris are now receiving the same classified intelligence reports as President Donald Trump, which means they have access to the full range of underlying information on China’s stocks.

But at the same time, Biden and Harris can only watch from the sidelines until they are sworn in and will inherit the consequences of whatever action the Trump administration takes between now and inauguration day. 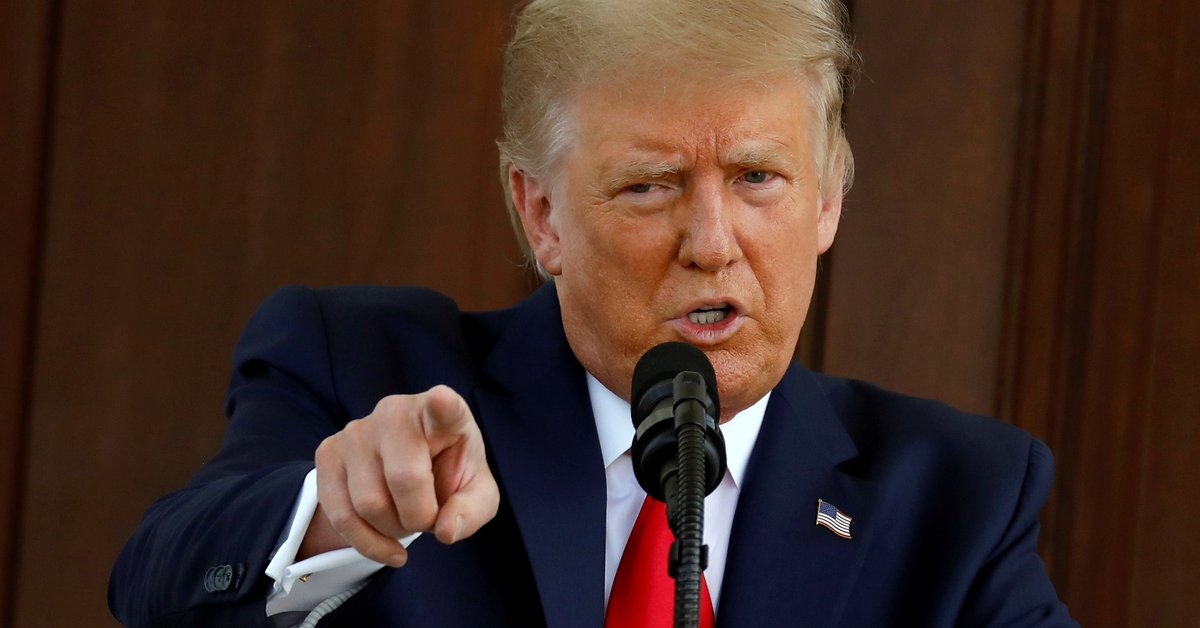 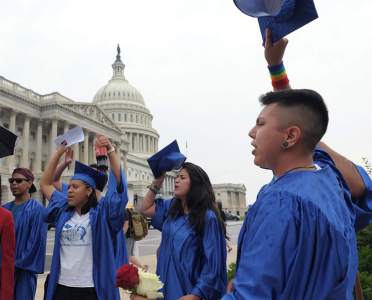 'Dreamers' Will Ask In Washington To Restore The 'Advance Parole'