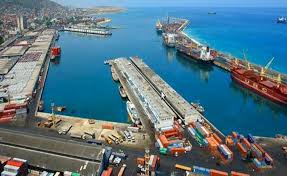 Caracas.- Hina, the world's leading importer of crude oil, has been struggling to replace the lost oil barrels of Iran and Venezuela, which have been affected by US sanctions this year.

China's oil imports transferred from ship to ship increased in September, when some 910 thousand tons more than in August, were discharged into Chinese ports after being transferred to the South Sea of ​​the Asian nation.

The information was reported by the Bloomberg agency, according to which this increase arises as the flows of some traditional suppliers were affected by the commercial and foreign policies of the White House.

The report details that "it is not clear where the transported oil comes from, but moving oil from one ship to another in the ocean is a very common way to disguise the origin of the cargo."

On the other hand, US charges fell last month, according to the data, after Beijing imposed US oil tariffs for the first time in September.

Imports from Malaysia increased to 1,385 million tons last month, making it the seventh largest supplier of China, compared to August.

"Malaysia's national production is limited, so it is likely that the largest volumes will come from other countries and mix in the Southeast Asian nation," said Liu Yuntao, an analyst at Energy Aspects Ltd.

For his part, the director of the China Energy Program at the Oxford Institute for Energy Studies, Michal Meidan, said "it is very likely that these volumes from ship to ship and from Malaysia are Iranian or Venezuelan crude."

Russian Prime Minister Dmitri Medvedev said that the Cuban government asked him for military help to escort the crude ships that are heading to the Island from Venezuela.

According to a report from the Diario de Cuba, before the request, Medvedev replied "I think we will find other methods to help Cuba receive oil and its derivatives."

Medvedev added that Moscow and Havana have already agreed to elaborate "a work plan on the supply of energy to Cuba", taking into account traditional sources such as hydrocarbons, or other available options.

The prime minister said that Russia will help the island receive oil and its derivatives despite the restrictions imposed by the US on these shipments.