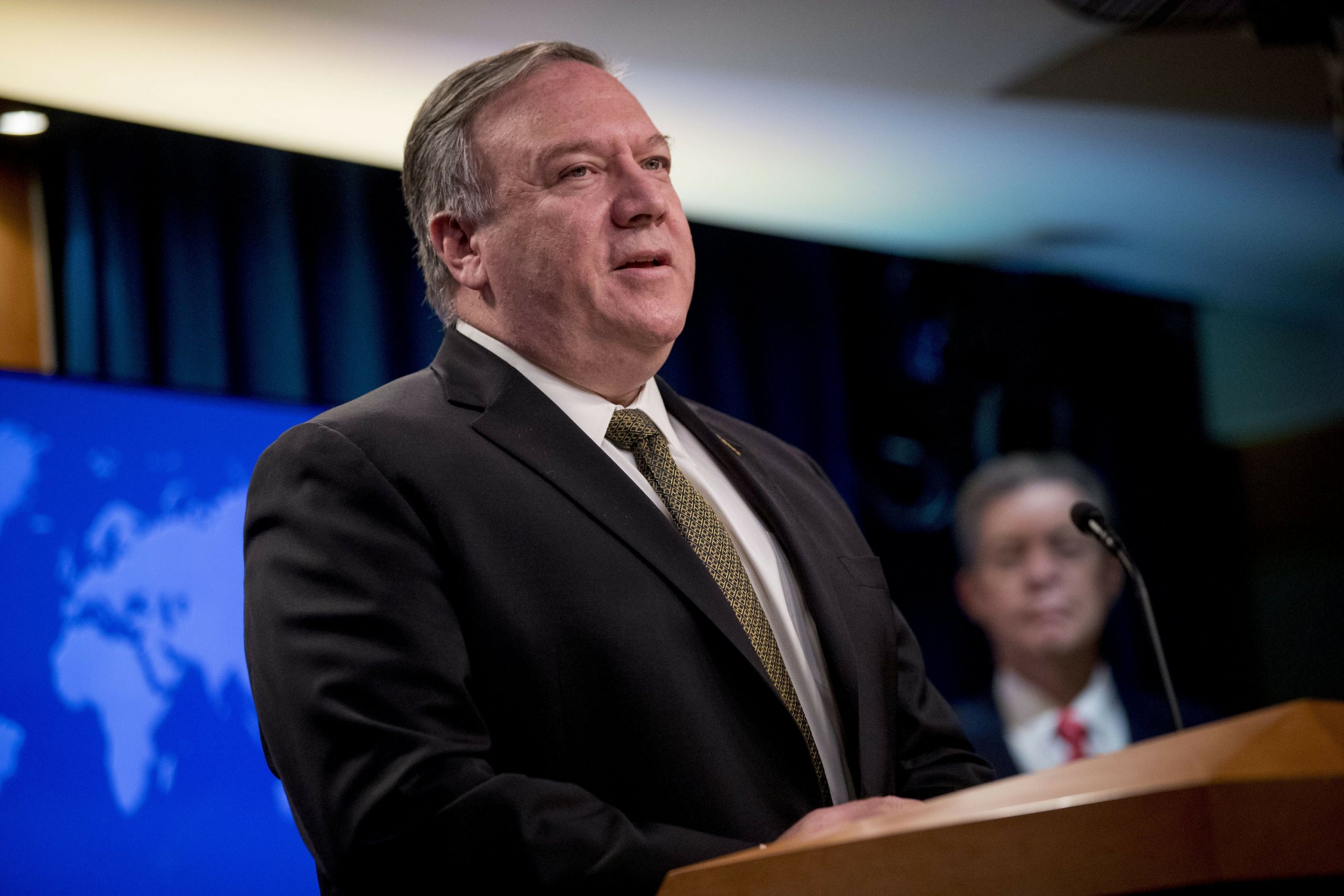 BEIJING (AP) – China on Friday threatened to retaliate against the United States after Washington imposed sanctions on officials in Xinjiang province for human rights violations there.

China “will definitely respond” to any action that it considers to be an interference in its internal affairs and that threatens its sovereignty, security or development interests, said Foreign Ministry spokesman Zhao Lijian in a conference with reporters.

He added that China “strongly opposes and condemns” Washington’s decision to ban three officials from entering the country, the latest in a series of measures against China amid deteriorating relations due to issues such as the coronavirus pandemic. , violations of human rights, the status of Hong Kong and trade.

“In response to this misguided action by the United States, China has decided to take reciprocal actions against relevant institutions and individuals in the United States that have underperformed on issues related to Xinjiang,” said Zhao.

The United States has previously stripped visas of three Chinese officials held responsible for banning foreigners’ access to Tibet, but Thursday’s action is aimed at higher levels of command, including Chen Quanguo, leader of the Xinjiang province and member from the Communist Party politburo, and security officials Zhu Hailun and Wang Mingshan.

They and their closest relatives are prohibited from entering the United States from now on.

The sanctions were announced a week after the publication of a special investigation by The Associated Press on controls on the population of Uighurs and other Muslim minorities, which was one of the reasons put forward by the State Department for the sanctions.

“The United States will not stand idly by as the Chinese Communist Party perpetrates human rights violations against Uyghurs, Kazakhs and other minorities in Xinjiang, such as forced labor, arbitrary arrests, population control and attempts to eliminate their Muslim cultures and religion, ”Secretary of State Mike Pompeo said in a statement.

China is believed to have detained at least one million members of Muslim ethnic minorities in detention camps, which the government calls vocational training facilities to counter radicalism and Muslim separatism. He claims that these camps have already been closed, but that is impossible to confirm due to restrictions on the entry of journalists to the area.