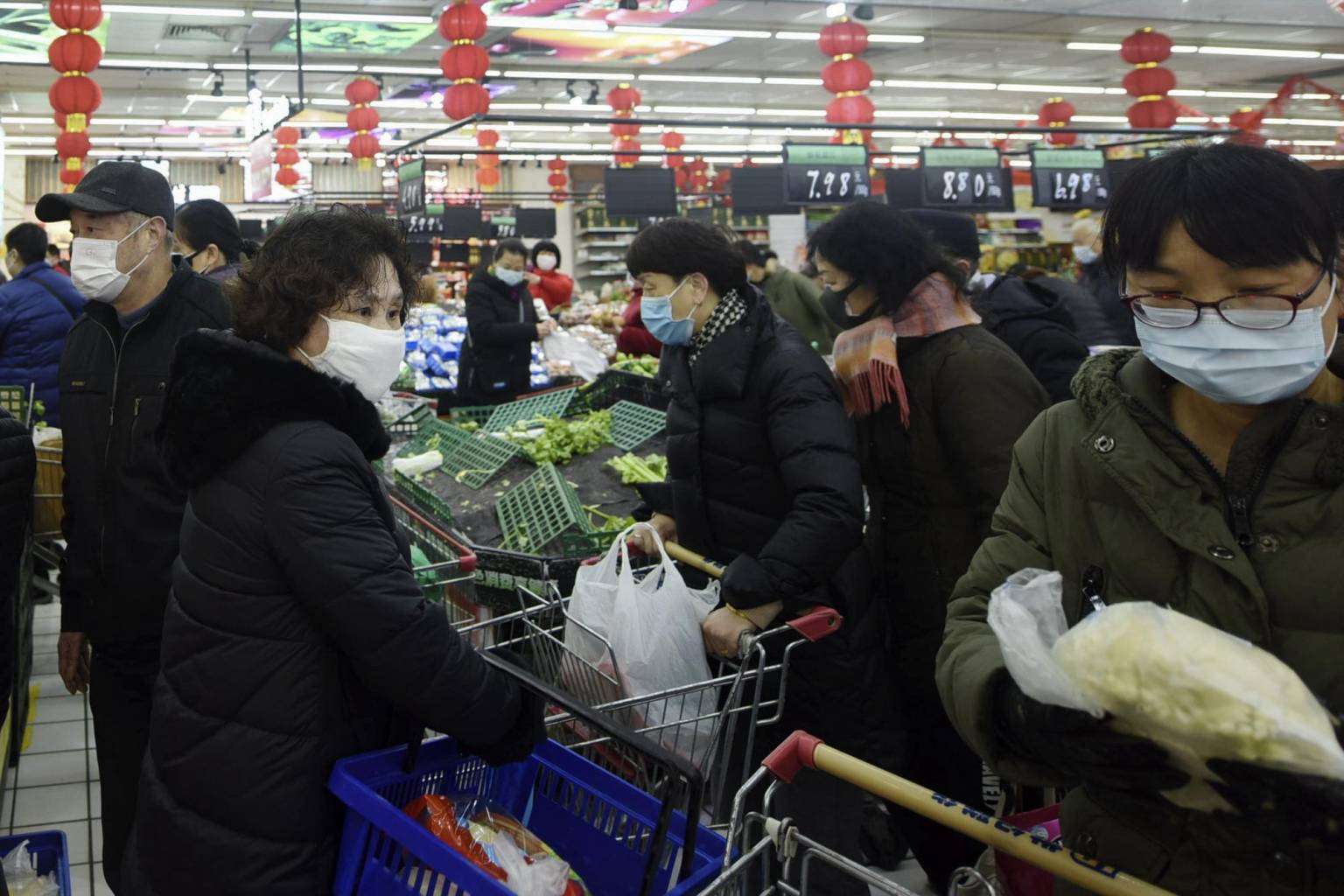 BEIJING (AP) – The manager of Wushang Mart, in Wuhan, the isolated city that is at the center of the outbreak of a new virus in Chh0na, says that on its shelves there are 50% more vegetables and other foods than usually to reassure to nervous customers.

The communist leaders are trying to maintain the flow of food to the overcrowded Chinese cities despite the controls for the outbreak, to curb the fear of a possible shortage and the increase in prices after panic purchases recorded after the close of the majority of the accesses to Wuhan on January 23.

Wushang Mart employees wear masks and protective suits. Clients clean their hands with a disinfectant and control their fever, an indication of the presence of the virus, explained the head of the establishment, who was identified only by his last name, Lu.

“It’s normal for people to worry about the supply, but we explain that there will be enough,” Lu said by phone.

Stocks in supermarkets were exhausted after Beijing imposed travel bans and extended the Lunar New Year holiday to keep factories, trades and businesses closed and the population in their homes in an attempt to curb the spread of the disease.

This also caused the trucks to stop circulating, interrupting the arrival of products to the markets, food to farmers and meat to slaughterhouses. When Wuhan’s quarantine was expanded to cover other cities with a total population of 60 million people, the villagers raised their own roadblocks to keep outsiders and possible infections away.

This week, a government official acknowledged that the supply of vegetables was irregular and that some “daily commodities” were depleted.

“These problems are being coordinated and resolved,” said Lian Weiliang, vice president of the National Development and Reform Commission, at a press conference on February 3 in Beijing.

Later that day, the state television announced that the ruling Communist Party ordered local authorities throughout the country to “guarantee the supply of basic products” including vegetables, meat, eggs, milk and cereals.

A day later, the Ministry of Agriculture told its officials to allow transportation and “ensure the usual functioning” of livestock and feed production. Unauthorized road checks were prohibited.

Sellers had been warned before not to hoard products or raise prices. The Shanghai municipal government announced a fine of two million yuan ($ 270,000) to a supermarket that raised the price of cabbage 400%.

To reassure the population, state media are full of photographs of boxes of eggplants, cauliflower and other vegetables that are loaded into trucks for transport to the markets.

Party leaders in Shenzhen, a city of 15 million people attached to Hong Kong that is a financial and technological center, sent officials to rural areas of the Yunnan province in the southwest, to ensure that plant shipments they would resume soon after the holidays, Shenzhen News Net reported.

In quarantined areas, trucks with government permission can pass checks daily to carry food. The soldiers of the People’s Liberation Army assumed the distribution of medical supplies.

Some transport companies have a shortage of personnel because drivers who had returned to their villages for the new year are still stranded there due to the suspension of bus and train trips in some areas.

Wushang Mart went from opening 13 hours a day to just seven and all of its staff work in one shift, said Lu, the manager. This includes the discharge of 1,000 kilos (2,000 pounds) of green beans, spinach, potatoes and other vegetables.

But even going out to buy is a challenge in some cities that are under strict quarantine.

Only one person per family can go shopping in Hangzhou, an industrial metropolis of 10 million people southwest of Shanghai, and in Huanggang, a population with one million residents near Wuhan.

Millions of families now depend on online purchases, which was already an upward trend in the Chinese market.

JD.com, Alibaba Group and smaller rivals said they are delivering meat, vegetables and other products in isolated cities. Employees received masks, goggles and protective suits, and disinfectant, among other means.

JD.com, China’s largest online retailer, reported that its fresh food sales in Wuhan in the week until February 2 grew 280% over the previous year. In the country as a whole, its orders for beef, pork and eggs increased by 400%. In addition, it sold 1.8 million bottles of disinfectant, he added.

In Nanjing, a store in the Huarun supermarket chain had more product than usual on its shelves “to ensure that people have enough to eat,” said an employee who answered the phone and refused to give his name.

“There were some people who tried to buy a lot, but they no longer do so after seeing the abundant supply,” the worker added.

The Associated Press researcher Yu Bing contributed to this office.