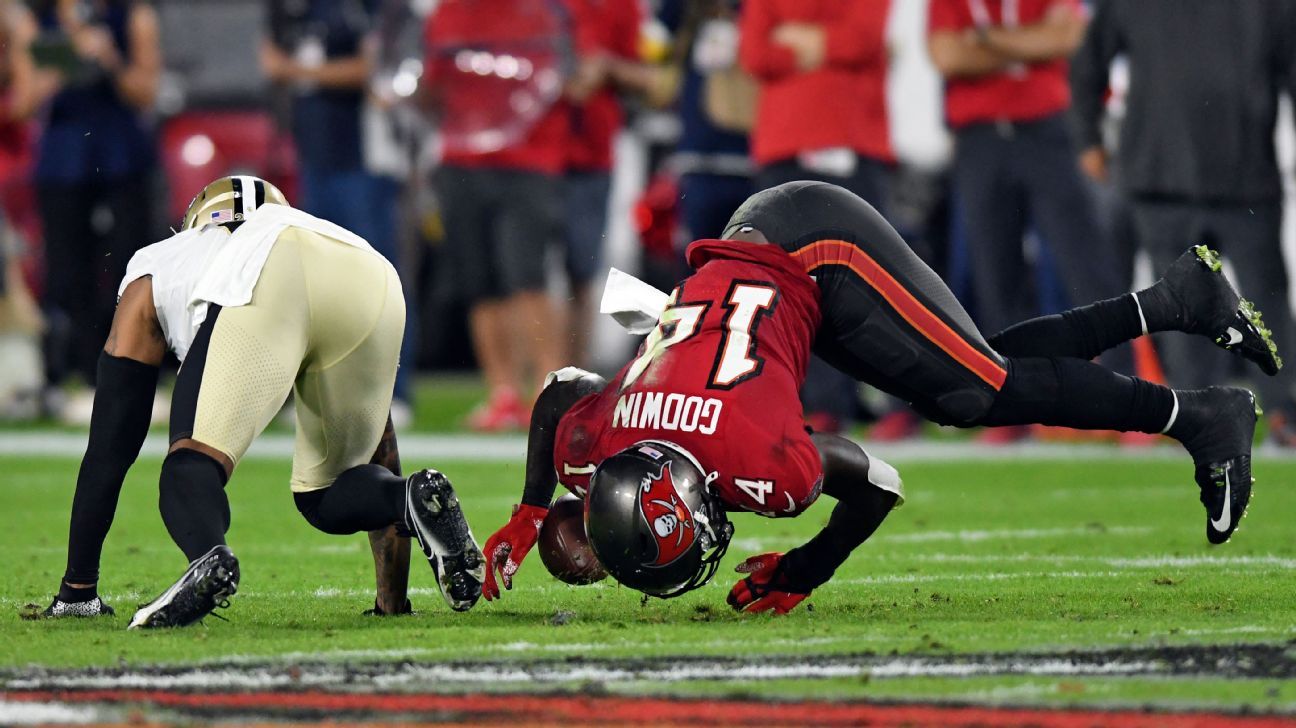 The wide receiver was injured in the second quarter of a 9-0 loss to the Saints after receiving a knee blow from PJ Williams.

TAMPA BAY – Tampa Bay Buccaneers wide receiver Chris Godwin suffered a torn ACL in his right knee and will be out for the remainder of the season.

Godwin was injured in the second quarter of a 9-0 loss to the New Orleans Saints on Sunday after catching a Tom Brady pass and taking a direct hit to the knee from Saints cornerback PJ Williams.

The tackle caused the catcher to do a cartwheel and lay on the grass for a moment before getting help to stand up and walk himself to the bench. He was later seen running on the Buccaneers side, but did not return to the game.

Coach Bruce Arians indicated Monday that while the hit was legal, it is the kind of play that needs to be scrutinized as part of efforts to make the sport safer.

“You feel bad for him, because he was having a great year and the kind of hit – totally legal – but I think it’s the kind of situations we have to look at in the offseason,” Arians acknowledged.

Godwin was on his way to his third straight game with at least 10 receptions and 100 yards, carrying six for 49 yards before injuring himself with 13 minutes remaining in the first half.

Without Godwin and Mike Evans – 64 receptions, 899 yards and 11 touchdowns – who injured his hamstring Sunday, the Bucs will have a tough time.

The reigning Super Bowl champs could get help from Antonio Brown, who returns this week after a three-game suspension from the NFL for a false statement of his vaccination status. He hasn’t played since injuring his ankle in the Week 6 win over the Philadelphia Eagles.

Running back Leonard Fournette also came out Sunday with a hamstring injury. Arians hopes Fournette and Evans will return at some point, but said it is still early to speculate.