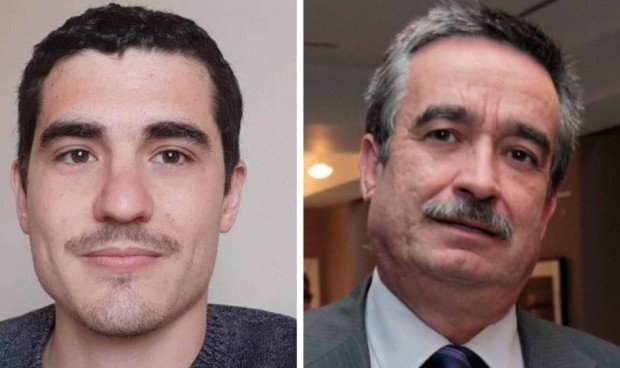 Enrique Cuñat (i) and Vicente Matas.

Government claims to raise the retirement age have sparked differences between MIRs and veteran physicians. The latter appeal to the lack of “generational change” in the sector, while young people affirm that an initiative of this nature would put in ‘check’ the entry into the labor market of new doctors.

This is what they denounce from the MIR Spain Association that they consider that if this reform is carried out, a “cap” of medical professionals will be generated who will not be able to access the labor market once they finish the MIR. Enrique Cuñat, president of this association, shows that “if the number of medical professionals who must retire, by obligation delays their retirement even more, it will prevent younger doctors from having access to replace those jobs.”

Moreover, according to Cuñat, “the doctors suffer an added aggravation. After six years of careers, plus 4-5 years of MIR training, doctors entered the labor market several years later than other workers. This affects, and a lot, our contribution towards retirement, so our pension would remain at a minimum ”.

Cuñat, like MIR, shares daily testimonies with his more veteran colleagues in the hospital, and they themselves acknowledge that “there are already certain jobs that cannot be done even with 60 years, I do not want to imagine with 70”.

“It would be good to encourage it to continue”

However, not the entire sector shares Cuñat’s assessment. In the opinion of Vicente Matas, coordinator of the Study Center of the Granada Medical Union, the circumstances do not exist for this “plug” to occur after the MIR “because right now there is no generational change”. In fact, the doctor considers that it would even be “positive” to extend the working life of those professionals “who are physically and psychologically well.” “Although there is less and less,” he clarifies.

In statements to Medical Writing, Matas points to the gradual increase in retirements in specialties such as Family and Pediatrics, a problem that is aggravated by the limitation of the workforce.

“The ‘kit’ of the question is that we had been warning for years that many doctors were going to retire. In the years 2013, 14 and 15, instead of increasing the MIR vacancies, what they did was decrease them ”, argues the coordinator of the Study Center of the Medical Union of Granada. Along these lines, he stresses that despite the fact that the number of specialized health training places has now increased, its effects will not begin to be perceived in the short term.

The doctor affirms in this regard that it would be “very good” if in certain specialties there were “colleagues who want to continue their working life and encourage them.” “But although not many years ago the doctors asked us what we had to do to continue because they were Well, now the opposite is happening, they have been asking when they can retire because they can’t take it anymore, “he claims. The overcrowding of consultations and attacks, he indicates, are two of the main causes of a problem that” has been aggravated by the pandemic ”.