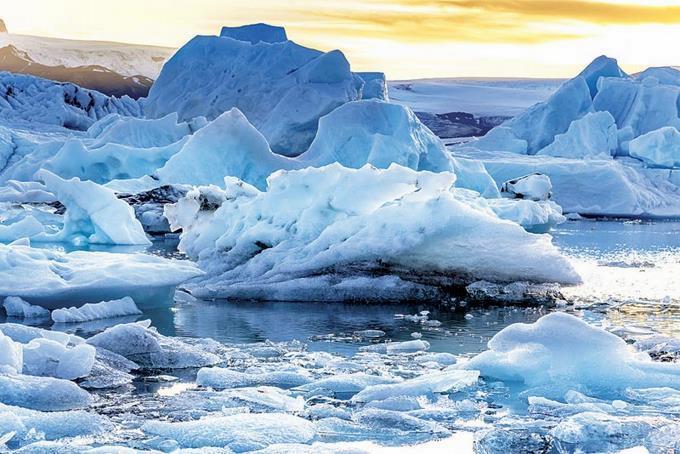 The Arctic ice sheet was reduced to unprecedented levels during the month of October, the National Administration of Oceans and Atmosphere (NOAA) in the United States on Monday warned.

According to the data published by that agency, the ice cover around the north pole was 32.2% lower for a month of October than during the average between 1981 and 2010.

In Antarctica the extent of the ice sheet was 1.4% less than the average of 1981-2010, the smallest tenth ever documented.

In addition, this was the second hottest October since registration began 140 years ago, with 0.98 degrees Celsius, after 2015.

According to NOAA, the ten warmest October months have occurred since 2003, and five of them since 2015.

The agency explained that Europe, Africa, Oceania, the Caribbean, the Gulf of Mexico and the Hawaiian Islands region experienced temperatures that are among the three highest that have been documented in a month of October.

The period from January to October was the warmest of the world’s record: South America had its third warmest September surpassed only by the temperatures reached in 2014 and 2015, and Europe had its eighth warmest September.

If the interval from January to October is taken into account, the average global temperature on the surface of land and oceans was 0.94 degrees Cº higher than the average of the last century.

In October 2018, the Intergovernmental Group on Climate Change (IPCC) indicated that between 1880 and 2012 the average global temperature rose 0.85 degrees C and, as a consequence, snow and ice volumes have decreased and sea levels have risen .

Between 1901 and 2010, according to that group that collaborates with the United Nations, the average sea level across the planet rose 19 centimeters as the oceans expanded as a result of the melting of the icy hands at the poles.